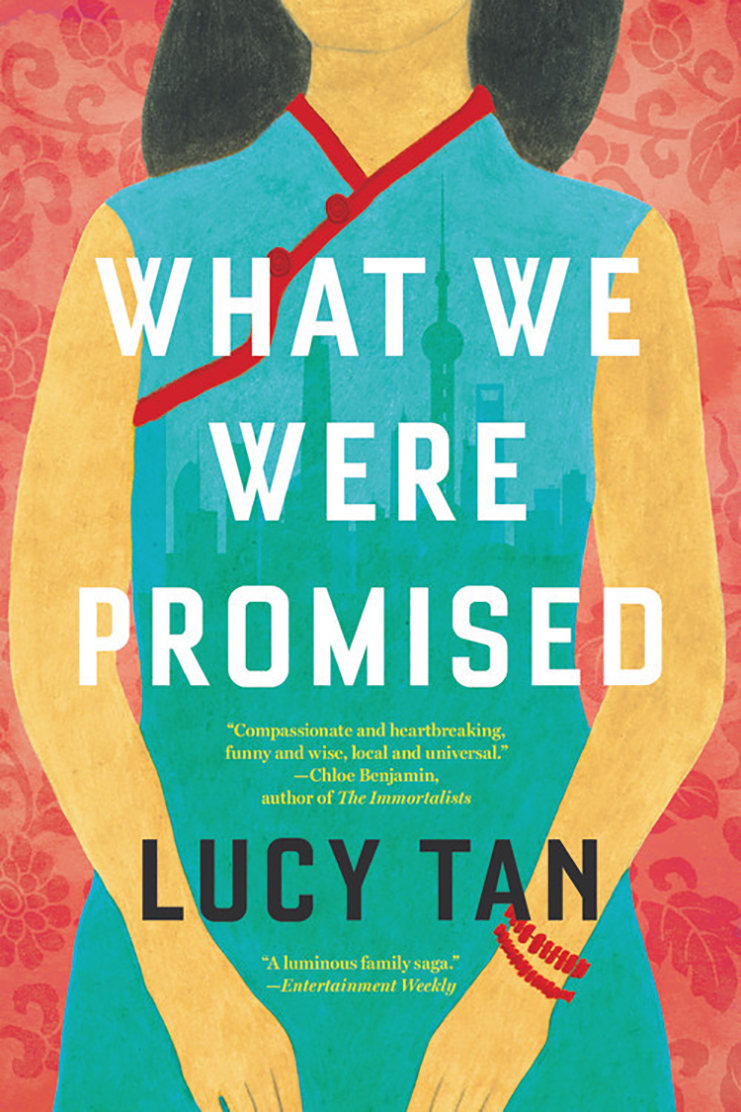 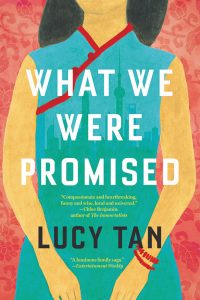 Lucy Tan probes the social consequences of Shanghai’s incessant, accelerated growth and transformation in her first novel What We Were Promised, which contains a wealth of observations accumulated during her two-year stay in Shanghai after she graduated from NYU in 2010.

This wasn’t her first foray into the East. Tan had been visiting her parents in Shanghai since her dad’s transfer in 2005. She had even gone on an excursion to rural China when she was 17 through a program that attempted to get Chinese Americans back in touch with their roots. Aside from these brief encounters, her knowledge of the country also came from the stories her parents and grandparents shared about their life in China during the ’70s and ’80s.

Despite her various encounters with the country, she was finally able to make independent observations about Chinese society when she started living there. Thanks to her dad’s company, her family lived in a luxury hotel, much like a serviced apartment, where the tenants were mostly Western visitors or working expats.

Although she was happy to enjoy the comforts of a Western lifestyle, she felt at odds with the Chinese staff, particularly the ones responsible for the housekeeping, a privilege she was unused to. Tan was particularly intrigued by the relatively anonymous coexistence between the housekeeping staff and the tenants despite the fact that the staff was privy to the family’s most intimate and valuable belongings. She started imagining what it would be like to be a housekeeper there and befriended someone who worked at the hotel’s restaurant and could answer her questions.

The information she acquired got her brain buzzing: the class differences she observed seemed to be a result of the rapid growth and development of Shanghai’s economy and infrastructure. The stories from her family, combined with what she knew about China’s modern history, allowed her to see how much had changed in the course of a few decades.

Tan could only absorb the information while she was in China, and it wasn’t until she entered the creative writing program at the University of Wisconsin-Madison that she started processing what she had experienced. What We Were Promised started off as a short story for a workshop during her first semester. Her professor suggested she write a novel out of the story, which then gave her the freedom to explore the communities that fascinated her and the conflicts that arose between them. Conflicts of particular interest were those between the rich and poor, the locals and internationals, and that of single and married life.

“There was a restlessness that I wanted to capture,” Tan says in an interview with American Short Fiction. “Class divisions were forming, and no one was really fitting in. For the family at the center of this story, Shanghai represents both opportunity and loss—loss of the old way of life and the pressure for each person to reconsider their roles, whether in the workplace or at home. In a way, the novel is a love letter to a city in a state of constant change. There is both nostalgia for what China once was and excitement for what it can become.”

What We Were Promised

Imagine getting a phone call from someone you believed had been dead for 20 years. Now imagine that the person was your brother. Or an unrequited love—who also happens to be your brother-in-law.

After 20 years, Wei Zhen, who lives in Shanghai with his wife Lina, gets a phone call from his long-lost- and given-up-for-dead younger brother, Qiang, who had found out about Wei’s whereabouts from his brother’s TV appearance. Qiang, who had always hung out with the wrong crowd and had bailed on them in the middle of their wedding, wanted to see the World Expo, which would take place in Shanghai.

Shocking enough as it is for Wei, the news has a different effect on Lina who, unbeknownst to her husband, has harbored unrequited feelings for his brother since they were all teenagers. Due to a debt her father owes to the Zhen family, Wei’s and Lina’s marriage had been arranged since they were children. Although she had never really been against the idea, especially since Wei was considered a good catch with his good looks, intelligence and ambition, her feelings wavered as she got to know Qiang. Although they were completely different people, they both liked each other enough that Lina was ready to call off her ties with Wei on the morning of her wedding day.

After getting married, Wei and Lina had immigrated to the U.S. and spent 15 years there. After finishing his graduate studies in mechanical engineering, Wei worked for Medora Group, a marketing firm in New York. When he was offered a general manager position and the responsibility of opening an office in Shanghai, he jumped at the offer, and as the story opens, they had been living in a luxury hotel called Lanson Suites, provided for by his company, for five years. Although Lina had worked as a Chinese teacher while living in the States, she is unemployed in Shanghai and now regulates her time as a “taitai,” an educated housewife who does no housework.

The family dynamics are observed by Sunny, a woman who was one of the hotel’s housekeepers. She is a migrant worker from a village located on the outskirts of Hefei, the capital of Anhui Province, and has worked at Lanson Suites for five years. She came to the city to escape the farming community she belonged to and her family’s expectation to get married and have children. Sunny enjoys being depended on and being a provider; she enjoys earning money and helping her family by sending some back. At the same time, she likes being independent and making her own living.

The story is told from the perspective of Wei, Lina and Sunny. One of the interesting things about the individual narratives are the misunderstandings they have about each other, particularly from Sunny’s point of view. Although she seems to know the family best, she primarily thinks of them as a rich, spoiled family, not knowing that Wei and Lina both have humble beginnings, having come from a village where most of the people’s livelihood relied on farming or the success of a silk factory. Wei and Lina misunderstand each other and, at times, seem to even misunderstand themselves. As each character’s take on their past and present unfold in each chapter, readers will appreciate the revelations the characters make and discover about their loved ones and themselves.

Tan weaves an intricate story that demonstrates how getting to know oneself is a journey and a lifelong process, especially as globalization pushes an increasing number of people to find more than one country or location to call their home. This is a terrific book for readers who enjoy introspective narratives with fleshed out character developments that delve into personal histories; each perspective will reveal little surprises along the way that will culminate into a revelatory secret that might motivate readers to start reading the book all over again.

Lucy Tan will be speaking at the Elliott Bay Bookstore for the paperback release of her debut novel on Tuesday, Aug. 20 at 7 p.m.