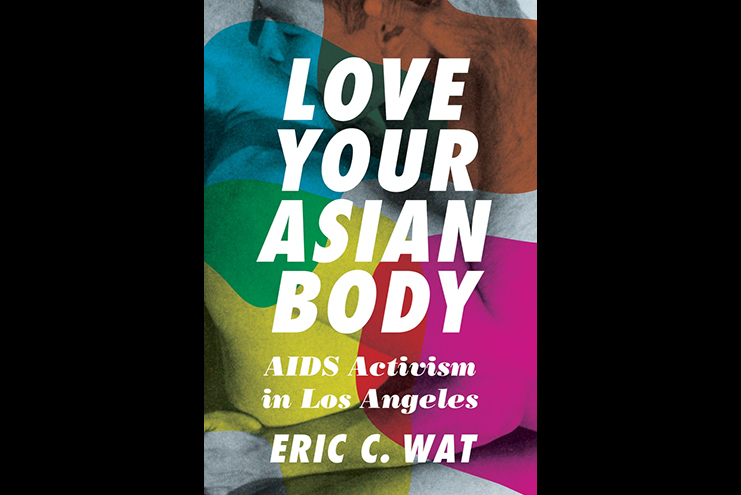 The United States HIV epidemic that began in the early 1980s is one of the nation’s darkest eras. Hundreds of thousands of people have died from AIDS complications, and while treatment such as highly active antiretroviral therapy has been made somewhat accessible in the United States, HIV/AIDS continues to be a constant threat to the nation and the rest of the world.

Throughout the history of the epidemic, people of color living with HIV have been underrepresented and given unequal treatment compared to their white counterparts. In Eric C. Wat’s Love Your Asian Body, Wat amplifies the voices and stories of Asian American activists who lived and served during the epidemic. Love Your Asian Body is a community memoir comprised of individuals (many of whom identify as queer men) who were associated with Asian American HIV activism. These individuals sparked a movement for sexual liberation and health equity in their community, while also providing resources and aid to others in their community.

In the queer Asian American community, sexual liberation and health equity is a huge deal. For many Asian families in the United States, conversation around sex/sexuality is extremely taboo, and as a result, many Asian Americans, especially those who identify as queer, are alienated from their friends, family, and the rest of society.

Due to this sex-negative culture, Asian Americans are often absent from conversations and media about sexual safety, sex positivity, and sexuality. This is why Wat’s community memoir is so important and impactful. We, as readers, are given an opportunity to read the stories of such an underrepresented community.

Wat does an excellent job of conveying these emotional and inspirational stories of activism. He captures all the emotions and passions of everyone he interviews and is able to share that with the reader while also sharing his own thoughts along the way. Wat structures this book in a way that allows for the reader to easily follow along by introducing context at the beginning and introducing important people in each chapter that are connected to each other. We learn about the initial birth of the committee Asian/Pacific Lesbians and Gays, which later is transformed into the Asian Pacific AIDS Intervention Team. The stories and lives of important activists such as Gil Mangaoang, Juan Lombard, and so many more are shared and enlighten us about the growth of a radical sexual liberation movement.

Growing up, I was also very naïve about sexuality and the topic of sex. Having two Catholic Vietnamese immigrant parents, we never talked about sex, let alone sexuality. It was something that I had to navigate on my own, much like many other Asian American youth in the United States. For me, that is why this book is so impactful. I have always felt that my community was underrepresented in media and medical literature and so, to see my community’s voice be uplifted and shared to the world is extremely heartening. This book is an inspiring work that deserves to be read as it is an integral piece towards understanding the queer Asian American struggle for sexual liberation and health equity.