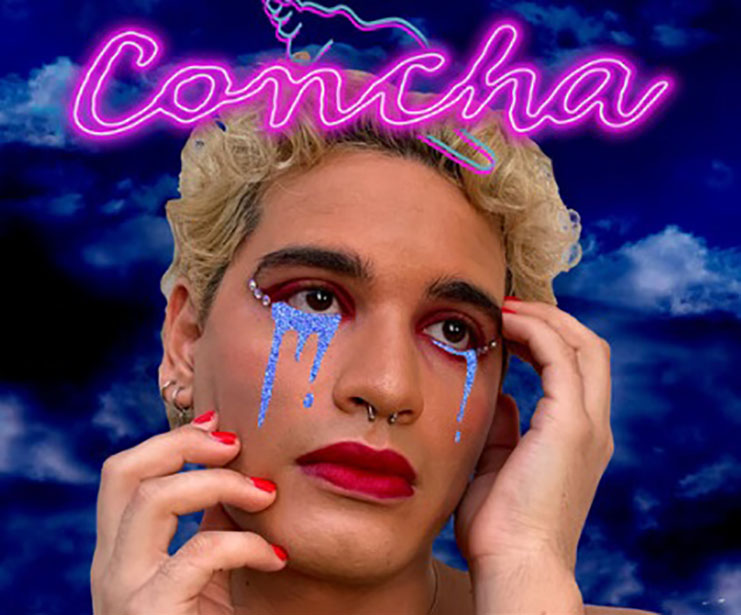 Each year, as spring blooms, the Oregon Center for the Arts presents its Oregon Fringe Festival (OFF), intended to promote free expression through unconventional art and performance in unconventional spaces. This year, OFF has also offered honoraria to several artists whom OFF considers “boundary-breaking,” and one of those artists is London-based director Manisha Sondhi, who will direct Concha by Carlos Fernandez.  As Sondhi describes, “Concha follows the eponymous character as they navigate a world that was not made for them as a gay non-binary person.”

Sondhi reports that Concha is one of her favorite projects on her resume, despite the need to present it online due to the COVID-19 pandemic. “I knew the script was special when reading it, and watching it come alive in the rehearsal room is a wonderful experience,” she said. “It’s also an incredibly intimate process directing a one-person show, especially when the writer is also the performer, meaning that we have the luxury of true collaboration in the rehearsal room.”

Growing up in London, Sondhi says she was attracted to theatre from a young age. “I think there is where I fell in love with the magic of theatre,” she said. “The engagement and excitement are really unlike any other art form.”

As Sondhi grew to adulthood, her passion for theatre continued. “When I was older, I became stage manager for school shows which allowed me to be part of this magic,” she said. “There is also a beauty in how shared both the experience of watching and making theatre is, as I’ve been able to meet such wonderful people through theatrical projects.”

After reaching adulthood, Sondhi studied theatre in college and believes that the most essential part of her training as a director has come from hands-on projects. “Luckily, during my undergraduate degree at Royal Holloway, I was able to try out many different backstage roles,” she said. “In being granted this freedom, I developed practices that worked for me, while also having open communication with the actors to ensure it was a collaborative process.”

This teamwork is part of Sondhi’s focus away from traditional directing styles. “I just think so much of what we now define as the pinnacle of theatre is quite dull,” Sondhi said. “It seems that, while society moved forward, the theatrical world still likes to believe that Aristotle is still the central figure in modern theatre.”

So Sondhi says she seeks out new forms and new stories. “I find the excitement in this rejection, moving away from the same overused narratives,” she said. “The biggest form of experimentation for me comes in the new writings that I choose to direct, as these are the stories unlike those that have come before, which is the foundation of why I created the City Lighthouse Theatre Company.”

And if Sondhi wasn’t busy enough as a director and company founder, she also designs costumes. “The central way these two roles complement each other is through characterization, as I believe one of the most important ways to get an actor into character is through costume,” she said. “The directorial view is more based on how these clothes make the character feel, and the internalized idea of presenting oneself to the world.”

Balancing both career roles during a time of pandemic has been a big challenge for Sondhi. “This time last year, I had work lined up that was all wiped out when theatres closed,” she said. “Going into freefall because of that was really scary, and we’re still in such a place of uncertainty of when we’ll get back to some semblance of normality.”

But Sondhi focused on adapting to this new, albeit temporary, situation. “We moved rehearsals for some projects online, and I learnt how to utilize this time to work on things that didn’t need a physical space,” she said. “We’ve taken the time to shape Concha into a piece that can work to be shown virtually now, with the plan to have an audience in the room soon.”

The opportunity at Oregon Fringe Fest came at the right time. “The idea for applying to OFF came from the producer Olivia Crawford,” she said. “We are currently in the process of rehearsing and have just under two weeks to get it filmed in, which means that it’s not the most relaxed experience, but it will come together!”

Beyond Concha, Sondhi is also looking ahead to post-pandemic times, and dreams of numerous future projects. “One that immediately springs to mind would be A Brief History of Water in the Middle East by playwright/poet Sabrina Mahfouz,” Sondhi said. “This play fantastically blends the spectacle of theatre with the story of Imperial Britain, through the global and the personal, and highlights my own navigation of the British identity.”

Oregon Fringe Festival runs April 29 to May 1, online and at Oregon Center for the Arts locations TBD. Concha shows on YouTube at 9:00 PM on Friday, April 20, 2021.