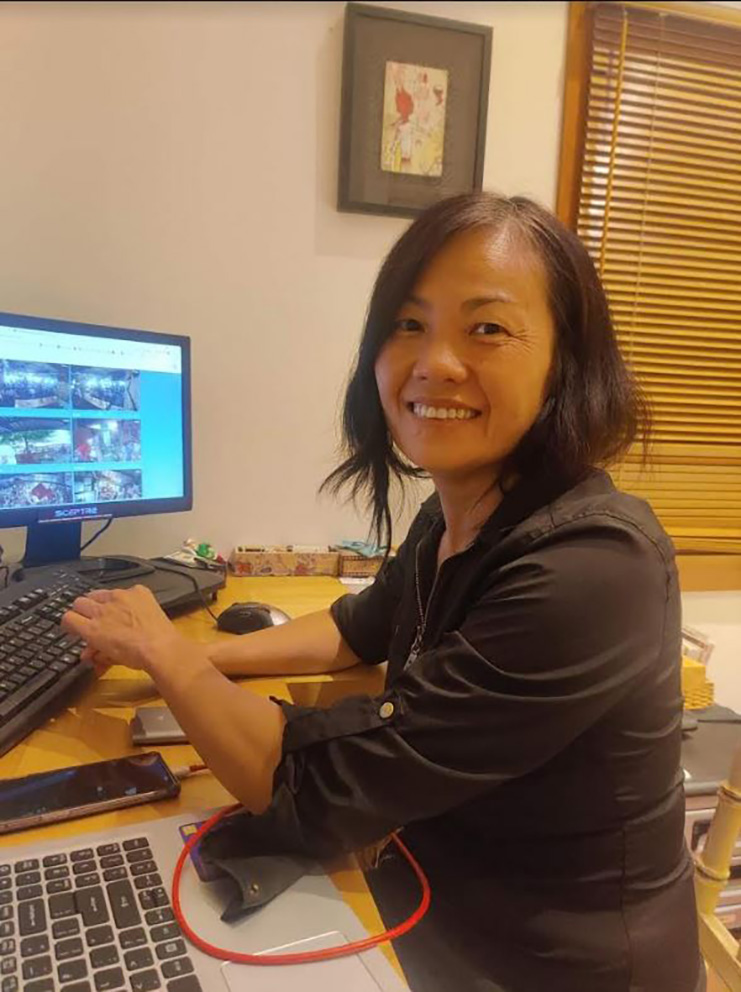 Shortly after the Taliban marched on Kabul on August 15, taking over the western-backed government, Uyen Nguyen decided she had to do something. Videos of planes airlifting civilians away, while leaving many desperate people behind, tugged at her.

“It was just so heartbreaking,” Nguyen said. “The chances of someone being able to survive sitting on the outside of an airplane as it’s taking off is ridiculously low, but they’re willing to do that because of desperation and despair.”

Nguyen is a refugee from Vietnam who came to the U.S. at age 10. She has been involved with refugee advocacy for the past several years, serving as Sister on the Planet Ambassador for Oxfam America, and she advocates governments to do more for refugees around the world.

While the Taliban promised it would respect people’s rights and not retaliate against people associated with the previous government, civilians fear the living under an intolerant Taliban. Dozens of women have been marching in Kabul demanding rights for women and representation in government. The United Nations estimated that up to half a million Afghans might flee the country by the end of the year.

On August 26, Washington Gov. Jay Inslee wrote to president Joe Biden saying the state is ready to accept Afghan refugees. In the past ten years, Washington has accepted almost 5,000 refugees from Afghanistan, the letter noted.

“Washington’s state and local agencies are mobilizing to coordinate resettlement services, financial assistance, and housing,” Inslee said in the letter.

In an effort to help resettlement agencies and community organizations, Nguyen and her friends launched the 75 Viets for 75 Afghan Refugee Families Project, which aims to recruit Vietnamese Americans in Washington state to host refugee families, or help them find affordable housing. Hosting could be for just a week while resettlement agencies find the family a permanent home.

Other co-founders of the project include Thanh Tan, an independent journalist and filmmaker, and Jefferey Vu, an engineer for Boeing.

“The bottom line is, the more families that we can help, the better,” Nguyen said.

The end of the U.S. war in Afghanistan and subsequent exodus of refugees has parallels for the Vietnamese American community.

Nguyen and her friends chose the number 75 for symbolic reasons. In 1975, near the end of the Vietnam War, tens of thousands of South Vietnamese civilians were evacuated and settled in the U.S.

The refugee crisis worsened after the war, Nguyen said. Those who were not evacuated in 1975, including her family, suffered and were often stripped of rights and opportunities. Some 100,000 refugees from Southeast Asia came to the U.S., significant numbers settling in the Seattle area.

After the war, Washington was a national leader in creating a state-run refugee resettlement program, and Gov. Dan Evans was the first to welcome Vietnamese refugees to settle in the state.

In 1975, “we went through the same crisis that Afghans are going through right now, including the same airlift and evacuation and also the downfall, where a bunch of people who did not get to leave are left behind,” Nguyen said.

“My family, we had a lot of death stemming from that, and so for me, I fundamentally just get how hard it is and I also get the despair that goes into all these families to make these tough choices,” Nguyen said.

The group wants to galvanize Vietnamese Americans and remind them, “we once went through this,” Nguyen said. “We should be the first one to step up…to honor all those people who helped us and also pay forward to all these refugees who are arriving.”

Vietnamese Americans can help Afghan refugees because they have insights into the challenges Afghan refugees might face, Nguyen said. “There’s a lot of trauma that comes into being a refugee,” she said. “Your whole life is turned upside down.”

After resettling, people’s life experiences and degrees may not be enough to find certain jobs. Nguyen knows doctors in Vietnam who could only find work as dishwashers or janitors in the U.S.

Vietnamese Americans can help Afghan refugees in smaller but vital ways too, Nguyen said, like providing Afghan food and halal meat, and delivering groceries to families. When Nguyen came to the U.S., she was the only Vietnamese American in school. She remembers how happy she was the first time she found fish sauce in her new country. “We get the joy that they will get seeing something that is still relevant to some of their culture.”

Nguyen is encouraged that refugee resettlement agencies have received a flood of applicants wanting to host families. For now, prospective host families are being vetted. Vietnamese Americans across the country have reached out to Nguyen and the others asking how they can start something similar in their state.

75 Viets for 75 Afghan Refugee Families is trying to raise some money to support the project, to pay for creating videos, a website, and hiring a translator.

This effort is just the beginning, Nguyen said. She fears that for the refugee crisis “the worst is yet to come.”

“There’s more suffering that we’re going to see coming,” she said. “So we don’t want to stop.”

Nguyen feels a “moral obligation” to help. “Even if I wasn’t a refugee, it’s just common good…if those of us that are a little more privileged are able to extend a helping hand to those who are not.”