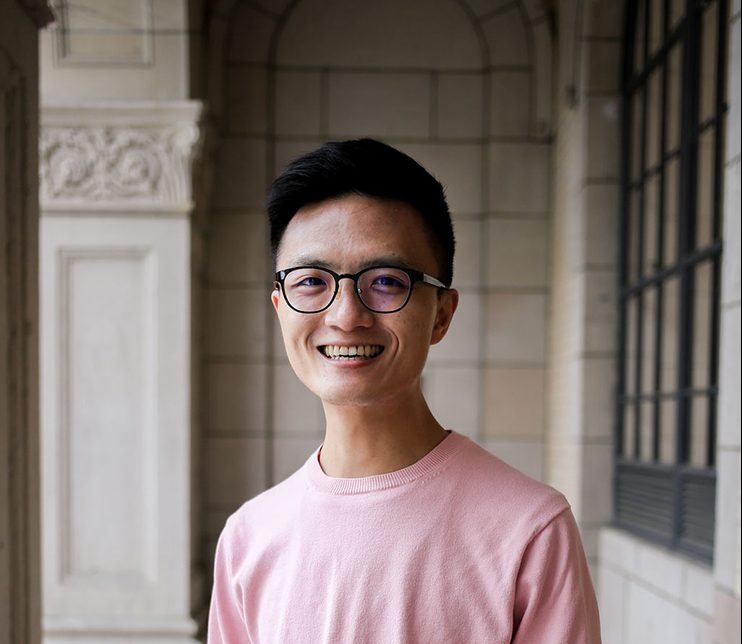 In a dark theatre, it’s the lighting designer who gives the audience visual access to all of the beautiful scenery and costumes and the moving performances of the actors.  Local lighting designer Chih-Hung Shao will illuminate multiple Seattle stages this summer, including Taproot Theatre’s production of Black Coffee and Theatre Off Jackson’s production of She Devil of the China Seas.

Light, for Shao, has many elements that convey valuable information.  “The basic qualities of light are: intensity, form, color, direction, and movement,” he described. “The position of the light source can indicate a multitude of different environmental factors, such as the time of day, a realistic or unnatural situation, and an isolated or immersive space.”

Each new production brings the opportunity of working in a new space with a new set design.  “In the most recent show I worked on, She Devil of the China Seas, we follow the main character, Tse, a refugee who worked her way up to commanding the largest pirate fleet in history,” Shao said.   “To maximize the expansive used of the space, we hung color-changing LED lights in lanterns above the auditorium to bathe the audience, bringing them onto the fleet ship with us.”

Shao came to this passion for light via a circuitous route.  “I worked as a stage manager on many productions throughout college, and took on assistant lighting designer gigs when available,” he said.  “While I learned a lot from stage management, after a year or so, I realized I felt lost.”

So Shao consulted with his more experienced colleagues.  “While I received a lot of helpful responses, one that stood out to me was the passion for creating,” Shao recalled. “The process of creating required a much different brain-work than that of management, a process that I found to reignite the excitement I hold for theatre.”

But even with this helpful guidance and preparation, becoming a lighting designer hadn’t necessarily been destined for Shao.  “My earliest memory of theatre was a local form of outdoor folk Opera, Ge Zai Xi,” he remembered. “It was usually performed on an open-air, temporarily built stage only during temple festivals or holiday celebrations.”

Because the show was outside, Shao was more captivated by the plot and costumes.  “I won’t say this memory has profound influence for me on choosing my career,” he said, “but the experience of watching Ge Zai Xi is definitely enjoyable and unforgettable.”

Growing up in Taiwan, Shao received an education focused more on lucrative careers than on the arts.  “Even though I was in this cycle of studying long hours and ensuring good grades, I never felt like this was a fit for who I was or where my passions lay,” he shared. “I chose to reject the status quo of what was expected of me, and I pursued a degree in the Arts.”

His personal experience helped allay any doubts.  “I remembered thinking back to my memories of performing on stage in the school theatre, and knew that this was a sign to take the leap into a new world that I had never dreamed of pursuing,” he said. “Though this was a semi-spontaneous decision, it had brought me to a place of true passion.”

Shao began his journey as an assistant lighting designer.  “During the assisting process, I observed designers working on various kinds of performances, such as straight plays, dance, opera, and musicals, and noticed that I felt amazed, touched, and surprised, and found myself curious and wanting to learn more,” Shao said. “I was amazed at the impact that lighting can make on productions and found that I had an interest in learning how to make these differences.”

One of his mentors recommended applying to Master of Fine Arts programs in lighting design.  “After I spent the day interviewing with fifteen universities, I felt especially seen and encouraged when talking through my portfolio with professor Andrew D. Smith from University of Washington,” Shao reported. “He became my mentor and guided me throughout the three-year long program and beyond.”

At UW, Shao was particularly proud of his thesis project, Rosmersholm by Henrik Ibsen, even though the Covid-19 pandemic prevented the show from being produced.  “I lobbied the school to install the scenic design and my light plot for this production, even though it meant cuing with costumes on mannequins instead of performers,” he said. “I was able to deep dive through the historic background of the story and researched what lighting equipment or interior lighting would look like. Fortunately, we got to take production photos to record all the efforts and hard work we put into the show.”

Now, Shao faces the challenges of building a career in theatre.  “Theatre is a word-of-mouth industry based on all kinds of connections,” he relayed. “As an immigrant lighting designer from a contained and inexpressive culture, I found self-advertising and networking to be challenging when developing my career.”

But he took the plunge repeatedly, contacting numerous theatres and organizations.  “Even if it was just observing the tech process, I knew I would still learn from it,” he said. “After receiving some responses, I gained more confidence in talking about myself and sharing my work.”

Shao’s goals for the coming decades are open-ended.  “My life-long goal is and always has been to bring joy and inspiration to the world through my artwork,” he enthused. “I am always practicing curiosity, as in this job, you are always learning, both about your own creativity and others’.”

At this point, Shao doesn’t have a “dream show” that he envisions designing.  “Theatre is a highly collaborative effort that utilizes different artists’ input, allowing me to continue to learn and create,” he said.  “What fulfills my goals and desires is meeting and working with different artists around me.”

Black Coffee runs from July 13 to August 19 at Taproot Theatre, 212 North 85th Street, Seattle, and She Devil of the China Seas runs from August 13 to 27 at Theatre Off Jackson, 409 Seventh Avenue South, Seattle.