A new local non-profit uses food as a way to empower entrepreneurial ventures and broaden cultural understanding in the Northwest. MarketShare, a Seattle-based non-profit with a start-up feel, provides financial and logistical support to would-be culinary entrepreneurs of immigrant and refugee communities and brings diverse international cuisine to the larger public. The core principle is connecting people through the universal language of food.

“Food is the first thing we receive when we come into this world, it’s a common link that all human beings share. It doesn’t need translation, it doesn’t need context,” said Philip Deng, founder and executive director of MarketShare. “You’re hungry, and somebody sets something delicious in front of you. There you’ve already formed a connection and there’s already communication happening.”

Deng, a San Francisco native, spent his formative years growing up throughout the United States and, after graduating college, served an English teaching stint in the Marshall Islands and later in the Hunan Province of China. His time in Asia introduced him to the street food culture and it was those experiences that gave him the inspiration for the non-profit.

“Cultures all around the world have taken what’s available to them and found ways to turn those basic needs for nutrition into something more akin to a celebration—the beautiful flavors, the beautiful dishes—it’s fun,” Deng said. “So I think the special thing about food is that it has an ability, regardless of language, culture, context, to bring people together around a table.”

It was while working as a community organizer in some of Seattle’s most ethnically diverse neighborhoods, that Deng began dreaming about a street food market that could showcase the flavors of the Emerald City’s globally represented community.

“When I started doing campaign work, I was assigned the 37th legislative district here in Seattle, basically the corridor that follows Rainer Avenue S from the Central District and home to a lot of diversity in our community,” Deng said. “I was in Yesler Terrace one day and it was Ramadan and all these Somali families were cooking food for Iftar, where they break fast each evening. There was this incredibly fragrant red stew that some of the ladies were cooking out in the backyard, and some of them invited me to the home. I asked them, ‘What is that? Where do you get it?’ And they said, ‘It’s mostly at home, there’s no restaurant to get it.’ I thought, ‘That’s a shame. What if there was a street food market like the ones we have in Asia only here in Seattle? We could have all these different cultures represented.’ That was kind of the first time I imagined what our final goal is at MarketShare, which is to lead a campaign or a movement for the city to come together and build a permanent indoor street food market that is populated by sellers that are from all over different diverse immigrant refugee communities. That was kind of how the idea came together.”

Currently, MarketShare has taken its first steps by awarding their first two fellows: Jackie Nkirote from Kenya and Rosario Carver from the Philippines. A month ago, Carver made the debut of her food stand, “Salu-Salo” at the Fremont Sunday Market. By the time I showed up, most of the food had been sold, and it appeared the dishes had been a hit. I caught Carver behind the counters a bit exhausted, but also satisfied.

“I knew it was going to be hard work, but I didn’t know so many things were involved. There’s so many different licenses, so many permits, so many inspections, just to even get here and audition for the market isn’t easy,” Carver said to me when I asked what the process had been like. “For sure MarketShare has helped because I wouldn’t have known where to go first, I wouldn’t know who to talk to, because I’ve been to farmer’s markets on my own and I always see the table that says, ‘Information’ but I never approached it because I didn’t feel that I was capable of doing it. But with their backing, it’s very much like, ‘This is what you’re going to do’ and ‘This is who you’re going to talk to.’ Without them there’d really be nothing.”

Working the stand that day were MarketShare volunteers, interns, and employees. All of the application, inspection, and licensing paperwork had been taken care of by the non-profit, as well as many of the equipment needs. But while MarketShare plays a major role in making the food stand a reality, it also does a good job of staying in the background to let the main chef take the lead. That notion is reflective of a community ethos that Deng has installed at the center of MarketShare, and one of the main motivators he chose to make the venture a non-profit in the first place.

“A developer can build a food court, but it takes a community, an entire community, to build a market, and in a way that nobody owns the market,” said Deng. “I think that’s why I formulated this as a non-profit, so that we don’t own it. We’re the custodians or the curators of this market and we want to help build it so that the experience is impeccable, but we need it to be community owned, community driven and to where we’re all working to do a little bit to build. It’s a market built by the entire Seattle community and that’s really the secret sauce.” 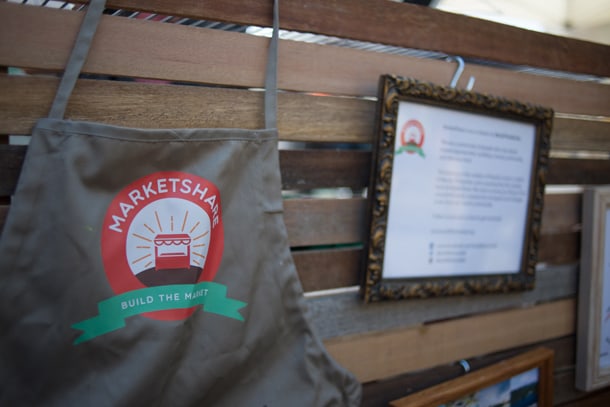 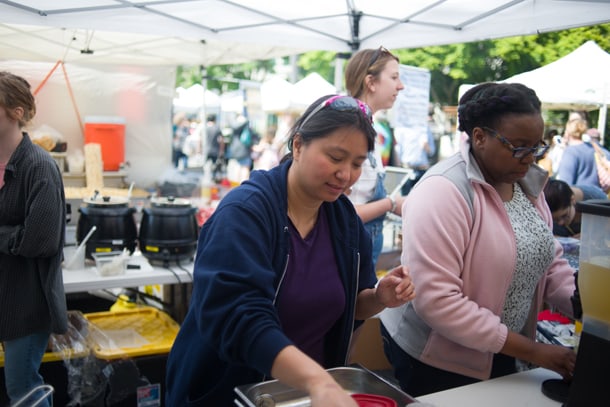 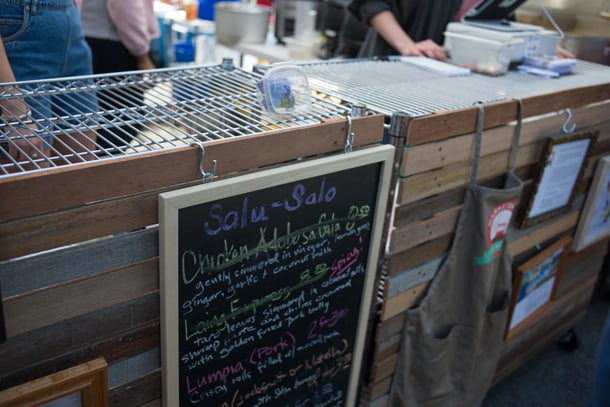 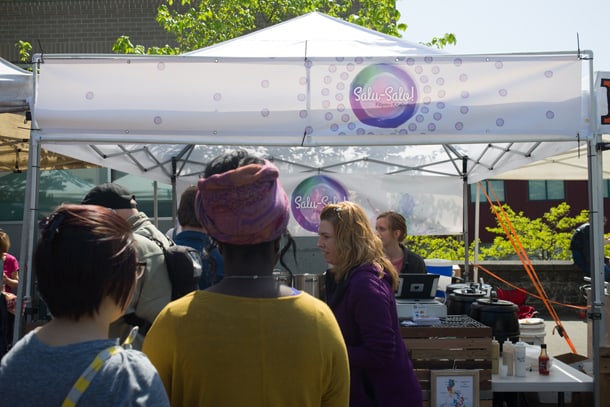 Editor’s Note: A paragraph was edited to clarify that it was describing the Fremont Sunday Market.