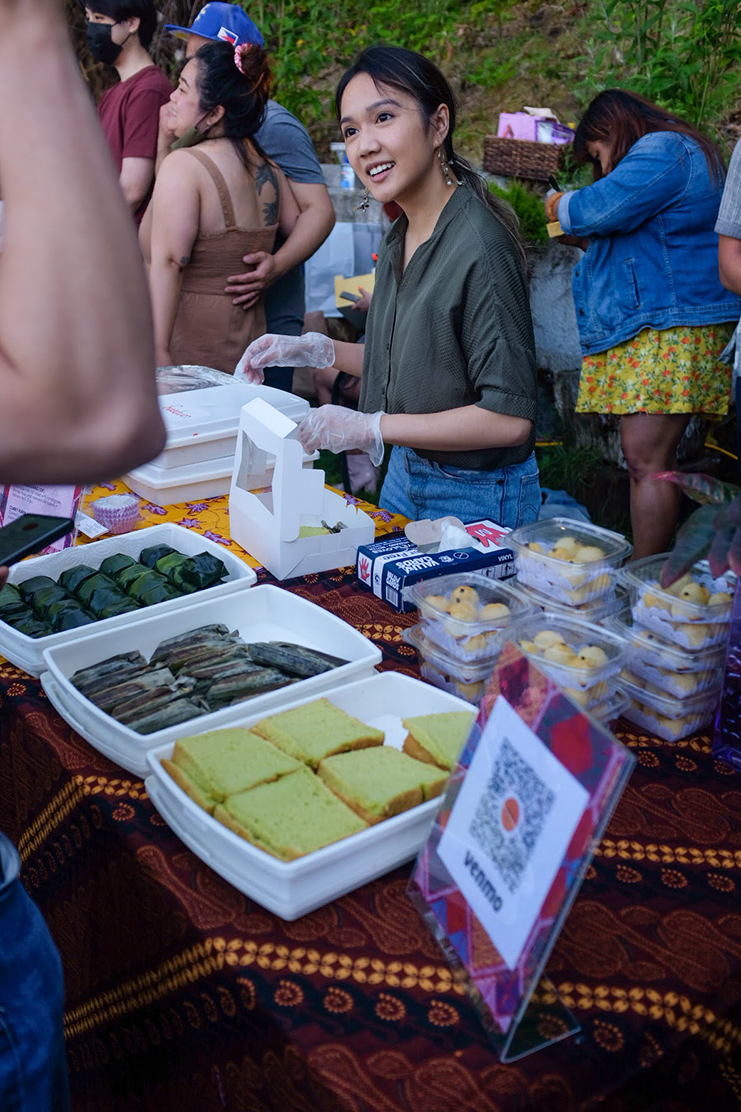 The Stonehouse Cafe in Rainier Beach reassembled every Filipino party, with cars filling the driveway and the surrounding streets for miles, blasting nostalgic songs played at every handaan like Micheal Jackson’s Rock With You or Otso Otso. Lines stretched throughout the venue, going into the street to get a taste of Yourkuya’s chicken inihaw or shaved ice halo halo from Mike’s Shave Ice on Saturday, June 15, for The Palengke.

Gracie Santos and Jennifer Johnson co-organized The Palengke – which is Tagalog for market – with the intention to highlight small business Filipino American businesses in the Seattle area on the eve of Philippine Independence Day.

“It gives all of us vendors and organizers, a chance to talk about the holiday and to talk about what Philippine Independence Day means to us,” Santos said.

The two initially planned for the event to be smaller with five vendors, but it grew to 10 Filipino and one Malaysian vendor from all over the Seattle area and one from Tacoma.

“The word got out, and it started it started growing and becoming a life of its own,” Johnson said.

Santos is the owner of Grayseas Pies, which combines traditional American and Filipino food to create sweet and savory dishes like chicken Adobo pot pie, which is an American pot pie with chicken adobo filling, and peach mango pie as an ode to the Jollibee desert.

Santos’ pies sold out in less than 30 minutes into The Palengke.

Johnson creates Filipino themed scented candles like Manila Mango and Bibinka, which contain the smell of mango and a Filipino desert. She incorporates how she thinks her family home in the Philippines smells like in Balikbayan and how her grandmother smells like hints of Vick’s vapo rub and White Flower in Inay’s.

Other vendors at the Palengke included artists and others who sold clothing, jewelry and books and a sari-sari store, which is a small neighborhood retail store that sells snacks, toys and other miscellaneous goods.

“I really just want people in Seattle to know more about these Filipino American businesses that we’re highlighting at the Palengke,” Santos said.

Johnson said she and Santos wanted to share their joy for their community in the Palengke. Johnson was raised by an immigrant mother who wanted her to have a job as a lawyer or doctor, like most Asian American immigrant children’s stories.

Through the Palengke, she hoped to show that the scope for jobs was much wider than previously thought.

“Most of the vendors there do it full time, they’re all entrepreneurs. And that was unheard of, at least in my eyes growing up. I didn’t know that that was that was a choice,” Johnson said.

Johnson said that the Palengke was just the beginning, and she’s hoping to have more events like it in the future.

“Kuya” Chris Layacan, founder and owner of Yourkuya’s hopes to be part of more events like The Palengke as well.

Layacan earned his nickname “Kuya Chris” from being the oldest out of four siblings, and he began his business during the pandemic.

“My business really takes a lot out of my childhood, Filipino recipes that I love and create as a modern twist,” Layacan said.

He can’t speak Tagalog or Ilocano, but he can understand it, Layacan said. He feels Filipino food is another way for him to connect to his culture.

Layacan said he was looking forward to the Palengke to be around other Filipino vendors and to connect with the Filipino community in Seattle.

He also said 10 percent of his proceeds from the Palengke were donated to the FYA Drill Team, a non-profit organization that Layacan was part of since he was nine years old.

Many of the eventgoers had never been to a large scale Filipino focused event like the Palengke and said they would attend more like it in the future.

They also shared that in light of the recent election, it felt good to be with the community regardless of politics.