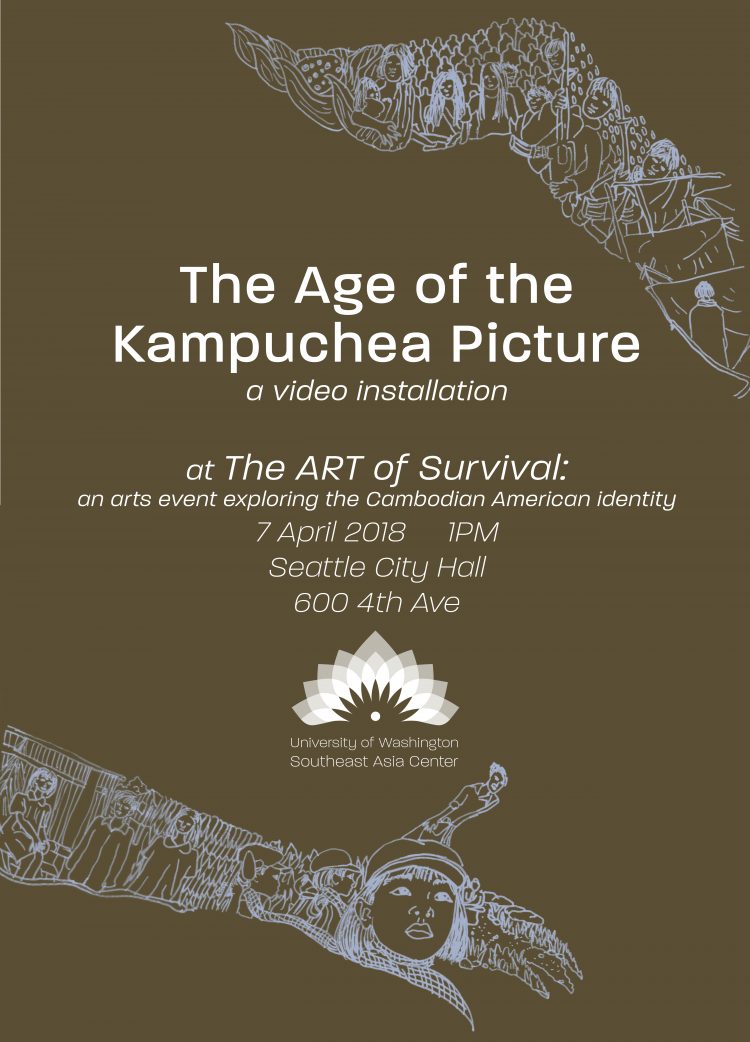 On Saturday, April 7, 2018, the Cambodian American Community Council of Washington (CACCWA) held an event called The ART of Survival: Remembering the Past, Welcoming the Future, which “showcase[s] Cambodian Americans who have held onto their identity through the trauma of war and resettlement through art.” The event celebrated traditional to modern Cambodian artforms and took place at Seattle City Hall.

Close to 400 people attended The ART of Survival, including not only Cambodian Americans but a diverse mix of communities. Several community-based and service-oriented organizations also joined and engaged with the crowd in impactful ways. “The event was a great success. APACEvotes got 25 people registered to vote,” said Derek Lum of APACE, who tabled at the event.

Many of those on stage noted the significance of a younger generation planning this year’s event. The previous one had been held in 2015 and had been planned by the older generation, most of whom had lived through the genocide. CACCWA Co-Chair Pakun Sin said it was time to “hand off to the next generation, to look through their own lenses in terms of survival, living here in the States.” Chantha Banks, a child survivor of the Cambodian Genocide, said the event would “bridge the gap between old generation and young generation.”

Many performances were representative of both the struggle and the bonds created between the two generations as they worked to understand one another.

Spoken word artist James Santana presented “A Tale of Two Generations”, narratives told through both the perspective of his mother during the Cambodian Genocide and from his own viewpoint living in the U.S.

Sreymom Serey, Tyler Cheam and event organizer Bunthay Cheam performed a staged reading titled, “Goodbye, Ma”. It was taken from a play that deals with inter-generational trauma between a mother and her son amidst the backdrop of deportation in the Cambodian community.

The wide range in art disciplines – from the ancient Khmer Buddhist chant called Smot to meditation and chanting, to spoken word and performance to DJs and fashion – appealed to all generations of the Cambodian diaspora.

Tacoma-based artist Molica Chau displayed paintings. Keo Sanh of Eazy Duz It Car Club of Seattle was at the event with three pieces of his artwork – Sanh uses parts from several of his cars as his canvas, using airbrush to paint images inspired by his Cambodian American heritage.

Recording artist Jusmoni, who is of African American and Khmer heritage, wooed the crowd with her smooth Cambodian pentatonic scale influenced jams. Growing up, she was part of a dance troupe in Rainier Vista and had to learn Khmer songs as well as the dances.

There was also a short film set made up of four films. Lucky Chanthalangsy presented his film, Chanthadeth, a film dealing with identity issues many young Cambodian Americans face, especially navigating public school with ethnic names.

A documentary series titled, Sadhu: The Art of Survival, was created by Khmer Buddhist monk Venerable Prenz Sa-Ngoun and Che Seyhun. In one episode of the series, musician Arn Chorn Pond discusses seeking out the motherland’s old masters, but few had survived the war. The film states that, “90 percent of Cambodia’s artists were killed during the genocide.” The documentary ends with the statement that it’s “love that we all crave and want, not money.”

The short film Float by local film making duo Voleak Sip and Tristan Seniuk also made an appearance. Float is set in the 1990s and stars Tony Teav and Peyton Pich.

Attendees at The ART of Survival were treated to catering provided by chef Maly Mam who was flanked by Tarik Abdullah of Midnight Mecca and Jeriel Calaymayan of Pokewai.

One of the event partners, the Khmer Student Association of the University of Washington, stressed the importance of events like these. “After the genocide and everything that has happened, we want to show that we remain strong and want to share the revival.”

April is Khmer New Year Month, for more information on other events, visit the IE’s guide to Khmer and Thai New Year events around Washington state in April here.