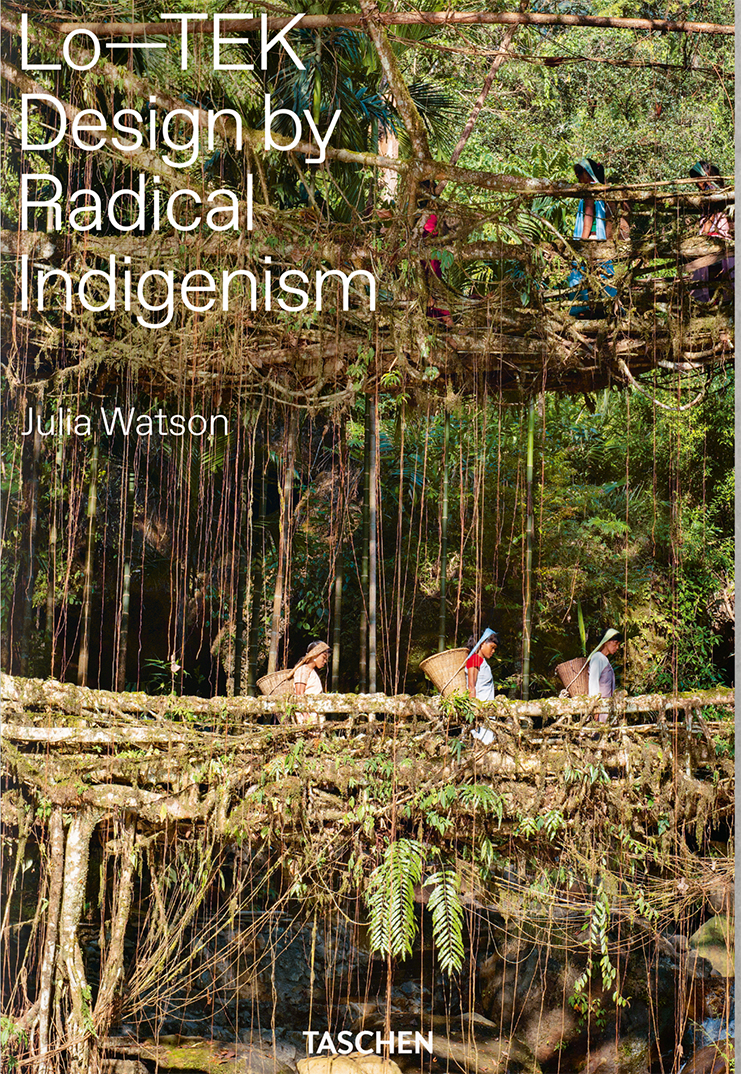 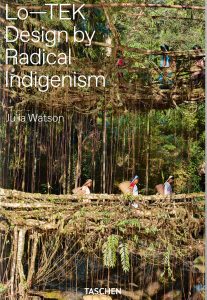 In Iran, agricultural oases form amidst tirelessly harsh deserts. They are fed unseen by underground tunnels that channel water several kilometers from mountain to field. The burrowed streams, dug by hand, are called qanats. Qanats trace back to the Persian Empire in 500 BCE. They were carved throughout the Middle East, Central Asia, Northern Africa, and into Europe via the Silk Road. Having supplied seventy-five percent of Iran’s water for household use and irrigation up until the 1970’s, they are an ancient technology that still bears lessons and relevance for life today. The qanat’s function and engineering marvel is akin to the Roman aqueducts, so why do they remain far less celebrated?

Around the world, indigenous innovation has integrated whole societies into nature. Lo-TEK . Design by Radical Indigenism collects these stories. The book is an introduction to eighteen indigenous infrastructures. From the qanats in Iran to the Zuni waffle gardens in New Mexico, each has been built and adapted over generations to mutually sustain communities and the environments that they live in. The presented cultures and technologies are diverse. Yet, they all echo reminders that humans can be an integral part of a robust and healthy nature.

The book’s context is captured in the idea that the modern world is “drowning in information while starving for wisdom”. Indigenous peoples are a vital source for discerning how to care for nature while sustaining our own needs. In a period where the Earth is changing at a rapid pace due to harmful human impact, renewed relationships with the natural world are gravely needed. The book’s intention is to challenge the notion that indigenous culture is primitive and instead, illuminate how indigenous peoples have cultivated ingenious solutions for inhabiting the world. While indigenous people’s hold invaluable knowledge for the future of the world, the book also frames some of the ways that they continue to be threatened and displaced by processes of colonialism – disproportionately effected by global patterns of capitalism, climate change, urban expansion, and resource extraction. Overall, Lo-TEK is not a forceful outcry for change that is urgent, but the book does introduce an important range of issues that have led to and perpetuate the erasure of indigenous voices and ways of life from predominant ideas of progress and technology.

The book coins and defines the term “Lo-TEK” as “a design movement to rebuild an understanding of indigenous philosophy and vernacular architecture that generates sustainable, climate-resilient infrastructures.”  Author Julia Watson is a designer and academic. She teaches at the Harvard Graduate School of Design and Columbia Graduate School of Architecture, Planning, and Preservation. In addition she heads Julia Watson Studio, a New York-based practice that focuses on urban, ecological, and spiritual design projects. It is no wonder then that the book feels written and illustrated for an audience of designers. However, the innovations and issues that are the core themes of the book are relevant to the everyday reader. They remain accessible through beautiful photographs, creatively drawn illustrations and diagrams, and writing that is information dense but clear; also including on-page definitions for any technical terms.

The book is divided into four landscapes – mountains, deserts, forests, and wetlands. Each section gives a written introduction to a region’s people, culture, histories, and the influence of a local ecology on infrastructural innovations. The infrastructures range from fantastical such as the Jingkieng Dieng Jri living root bridges in India and the Uros’ totora reed floating islands in Peru, to simple yet highly effective techniques such as the Waitiwina Dams of the Enawenê-nawê in Brazil or the Acadja Aquaculture of the Tofinu in Benin. The book shares how uniquely people have interpreted similar environments while also highlighting the remarkable similarities that can co-exist in innovations taking place on opposite sides of the world.

One of the key themes is the importance of relationships – relationships between generations of people within a community; relationships between people, plants, and animals; and relationships of respect, reverence, and sacredness in caring for a landscape’s long-term sustainability. The book’s focus on infrastructure is a way to shift preconceived notions about technology. But the deeper work that is asked of designers, and that is more broadly applicable, is how can we begin to connect with these forms of relationships in our lives today.

The second term of the book’s title – Radical Indigenism – is a concept from Cherokee Nation scholar Eva Marie Garroutte. Being radical stems from the need to rebuild from the root. The book is a strong advocate for the tangible value of indigenous knowledge and its ability to inform the future of humanity collectively. Where it could have gone one step further is to call more loudly for recognized indigenous leadership. In the end this feels like a critical missing dimension of the book’s proposal for newfound applications of indigenous knowledge. It is not just generations old bodies of knowledge that can guide change, it is also the people who have cultivated and stewarded them.

There are five interviews that discuss a specific infrastructure’s context in greater depth. However, only two of the five interviews are with people from the specific culture that is being focused on. The two interviews provide a more intimate perspective on an infrastructure’s role within social, cultural, spiritual, and political changes across the current generation. The voices enrich the presentation of a culture’s traditional knowledge and more instances of this throughout the book would have been welcomed.

Lo-TEK . Design by Radical Indigenism engages the opportunity to contribute to how traditional knowledge is valued, taught, shared, and ultimately utilized. As a thoughtful introduction to indigenous infrastructures and forms of knowledge, the book translates how invaluable they are to aiding a rapidly changing world. As the basis for a new design movement though, more growth is still required.