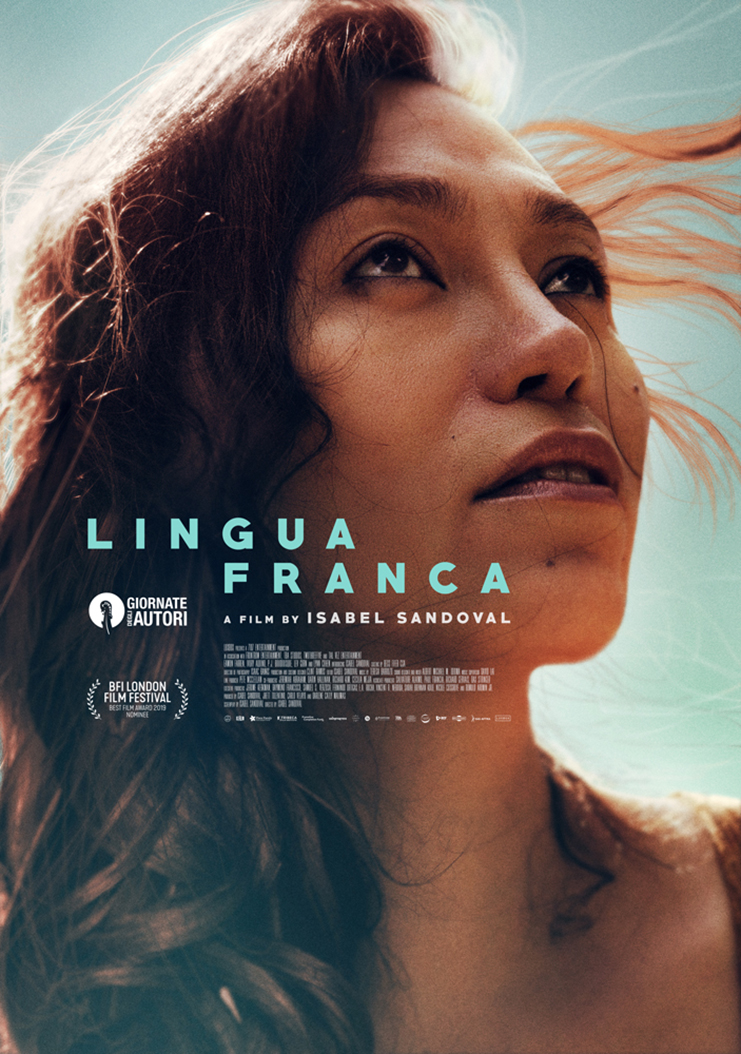 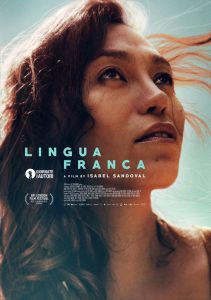 Lingua Franca is a revealing, beautifully told story about an undocumented Filipina transwoman living in Brooklyn, NY, who is seeking legal status in the U.S through arranged marriage. Olivia, played by Lingua writer and director Isabel Sandoval, is a live-in caretaker to an elderly Russian woman named Olga, played by Lynn Cohen. When Olga’s grandson, Alex (Eamon Farren), moves in to help take care of her, Alex and Olivia soon become romantically involved.

As Olivia’s legal status becomes more unclear, she lives in constant fear of arrest and deportation. The film’s timeline is set during Trump’s presidency, so the anti-immigration fervor, xenophobia and sexism are at an all-time high.

Olivia’s transgender identity also complicates her legal status further. Her only option, she feels, is a marriage-based green card.

The film gives a glimpse into the plight many undocumented immigrants face while trying to seek a better life in the U.S. Through Olivia’s character, director Isabel Sandoval captures the despair and loneliness that many caretakers feel in such a vivid and artistic way. Sandoval also highlights the precarious nature surrounding transgender identities.

For her performance as Olivia, Sandoval has been named the first recipient of GALECA’s (The Society of LGBTQ Entertainment Critics) Trailblazer award, according to Variety Magazine. In 2019, she made history as the first trans woman of color to direct and star in a film screening in competition at the Venice Film Festival, where Lingua Franca premiered. The film was acquired and released by Ava DuVernay’s ARRAY and is now streaming on Netflix.

The directing and cinematography for the film is brilliant. Each scene is cut in such an intimate way. You’re sitting with Olivia as she does the laundry, spends time with her sister, or tries to help Olga recollect her memories again.

In the film, Sandoval really captures the silence in each scene to accentuate the kind of loneliness Olivia experiences. Unless she is with Olga, Alex, or her sister, Olivia is often on her own, walking through empty Brooklyn streets and subway stations. The sparse dialogue and score of the film adds more to the emotion of each scene.

It reminds me somewhat of another film called, Roma, in the way it highlights these unsung heroines.

Many themes, such as love, are explored. Love for family. Love for one’s self. Romantic, sexual love.This is also a story of courage, redemption, and perseverance.

The film explores racial and gender stereotypes, and the fetishization of Asian women – particularly Filipina.

Lingua Franca gives its viewers a small glimpse of the global phenomenon called OFWs (Overseas Filipino Workers), a term referring to migrant Filipino workers who find temporary work overseas as a means to support their families back home. All over the world, people of Filipino citizenship find work as caretakers, maids, and contract workers because they cannot find decent work in their own homeland.

In Olivia’s case, because of the stigma surrounding her gender back home she decides to stay in the U.S., despite the stigma she finds here as well.

Lingua Franca is a must-see film for all. It is now streaming on Netflix.