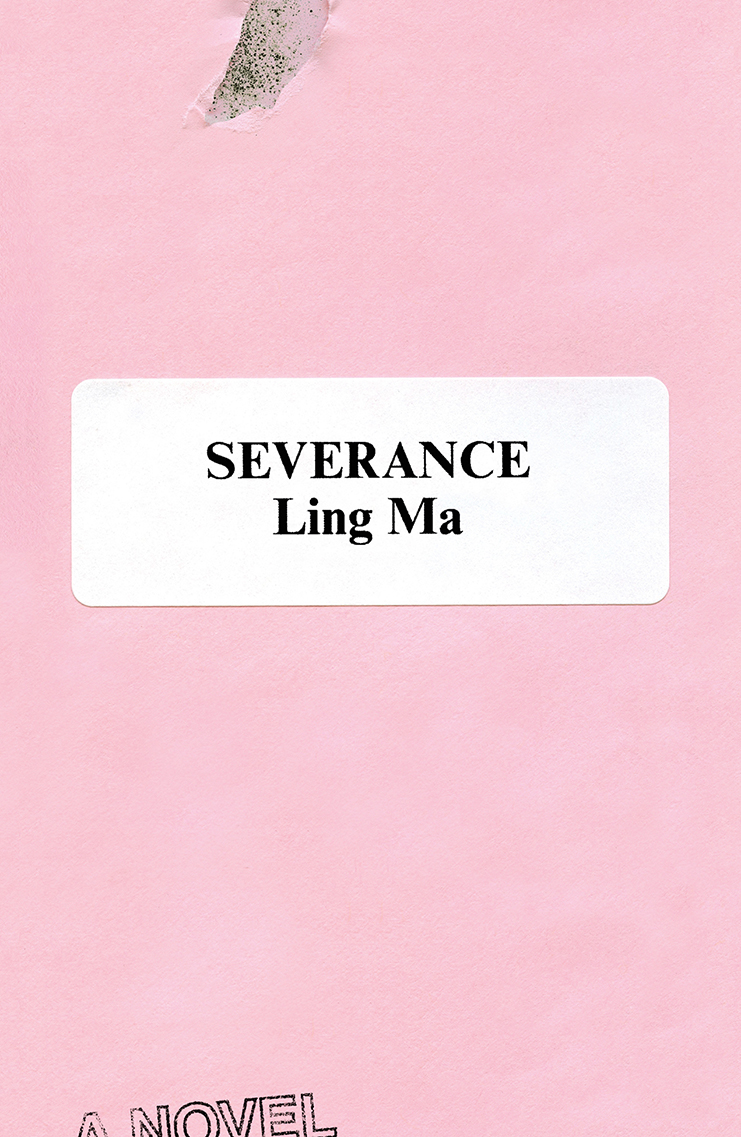 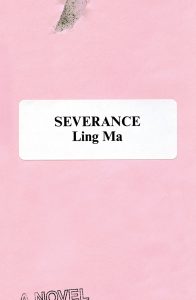 In Ling Ma’s debut novel Severance, New York City comes to a dead standstill as Shen Fever, a fungal infection from China, infiltrates the lives of its inhabitants and the rest of the world. Rumored to have made its way over from a shipment of goods from China, Shen Fever is incurable and is spread through the air. Breathing in its microscopic spores will subject victims to symptoms that mirror a cold, eventually reducing them to soulless beings doomed to repeat a routine task from their everyday life until their bodies are rendered physically incapable.

From this description alone, it is hard not to see that Ma is trying to bring consumerism to the reader’s attention. Throughout the book, readers will no doubt find themselves wondering what the metaphor for Shen Fever is: Consumerism? Capitalism? Globalization? Perhaps readers will even feel slighted and agitated at the notion of their lives being equated, basically, to that of zombies, for who does not carry out routine tasks as they schedule their lives around work, the thing that makes living a normal, structured life possible?

Ma’s inspiration for the book came to her in 2012 when the company she worked for was consolidating offices and laying people off. It started off as a short story, and having binged on zombie flicks such as The Walking Dead, she wanted to make an apocalyptic short story and started writing the draft at her desk about a month before she, too, got laid off.

She immediately felt gleeful about writing it, but upon closer inspection, she realized her excitement was feeding off her anger over what was happening at her workplace. Disaffected by the cunning methods and policies used by upper management to encourage even its senior employees to leave, Ma set out to write a story that satirized office work, eventually extending its reach to include consumerism, capitalism and globalization.

Severance is about Candace Chen, a first-generation Chinese American, who lost both parents while she was in school: her father to a car accident when she was a senior in high school, and her mother to early-onset Alzheimer’s while she was in college. After she graduates in 2006, she moves to New York City with the rest of her friends and enjoys languishing in the excitement of post-college freedom and independence until she is the last person left without a job. Having her father’s life savings as her financial cushion, she is in no particular hurry to find gainful employment. Being artistic, she directs her energy into producing a photo blog called “NY Ghost,” which gains some popularity.

Although she enjoys this creative outlet, the values, sacrifices and expectations of her deceased parents haunt and push her to find stability in her life, leading her to take on a position as a product coordinator at Spectra, a publishing consulting firm that acts as a middleman between book publishers in New York and printing companies in Asia. As she shuttles back and forth from printers in Shenzen, China (the origin of Shen Fever), and deals with the minutiae of Bible production, she realizes early on that the position has few prospects for career advancement with questionable ethical and moral practices regarding the use of cheap labor overseas. Despite this awareness, she stays at her job for five more years, having only advanced to being senior product coordinator.

Her need for stability is contrasted with the lifestyle of her boyfriend Jonathan, a freelancer who devotes most of his free time developing his writing career. Having been a victim of the corporate layoffs that Ma had experienced, he refuses to be a part of the corporate machine and lives a simple life within his means. Harboring a secret that pertains to their future, Candace gets fed up with his sentient lifestyle and refuses to move out of New York with him. “Why do you want to work a job you don’t really even believe in? What’s the endgame of that?” he asks her. These are some of the overarching questions Ma explores as Candace finds even more reasons to stay after being offered what basically amounts to a large severance package to continue working at the New York office as most of her colleagues leave to be with their families.

Candace is eventually picked up by Bob and his troupe of survivors when New York City has essentially become a ghost town. Bob, an IT person-turned-religious cult leader, believes they have been divinely selected to survive Shen Fever. The group is headed out to Needling, Ill., just outside of Chicago, where Bob co-owns a two-story complex he calls the Facility. On their way there, they make pit stops at various places, such as malls and people’s homes, to “stalk” for goods in case anything is lacking at the Facility.

Through the group and the stalks, Candace is yet again presented with an unpleasant situation and faced with the dilemma of staying or leaving. Even though she dislikes Bob and feels conflicted about the stalking, which involves mercy killing anyone they find afflicted with Shen Fever, she stays. Even as things go dangerously south as one of their divinely-selected crew members succumb to Shen Fever, she cannot muster the courage to leave on her own. The irony of the Facility is not lost on her when they finally arrive and she finds out what the building actually is.

Corporate malaise aside, Severance is also a book about immigration. Like Candace, Ma is a first-generation Chinese American. She came to the U.S. when she was around five and grew up in Utah, Kansas and Nebraska. Ma was often asked where she was from, and she did not want to create a minority character that needed to explain why she was in the U.S., but Ma eventually caved in when she realized it was essential in understanding Candace’s reason to stay at her job. She also explores the feelings of estrangement Candace feels as she returns to her native country for her business trips.

Cleverly written and thought-provoking, Severance will challenge readers to reassess their lives and their line of work. It is a witty, mesmerizing and deeply insightful look into consumerist culture today. Through the gradual dismantling of one of America’s greatest cities, readers will surely question their own routines and perhaps straighten their priorities as they mull over whether they derive any joy or purpose from their work. It will have them thinking about their role as individuals, the power they wield, and the kind of impact they are making to their community and to the world at large.

Perhaps these musings will make them feel a little hopeless and depressed, but Ma wants people to know that destruction does not necessarily mean the end, but rather, the start to a new beginning and the possibility of change.