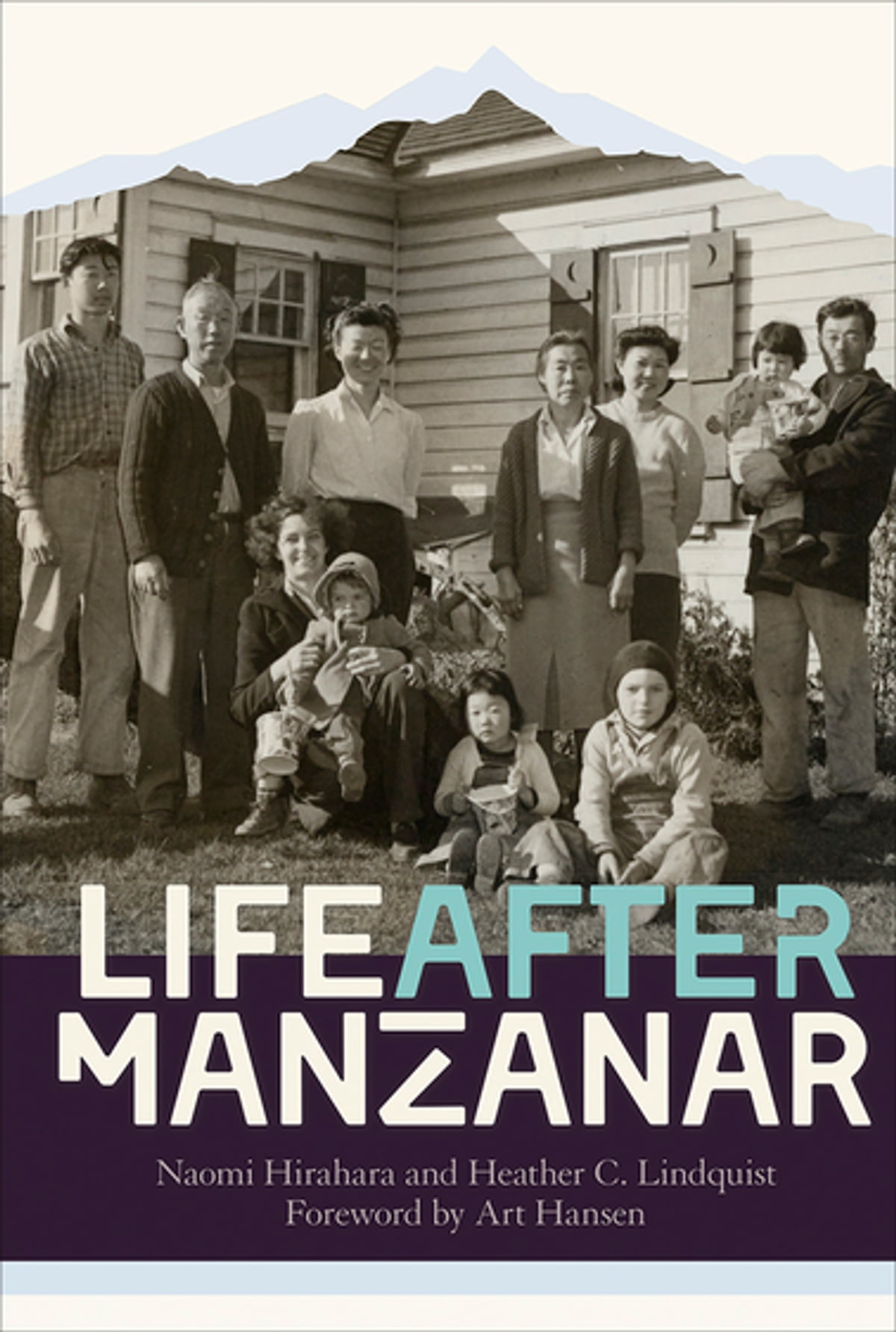 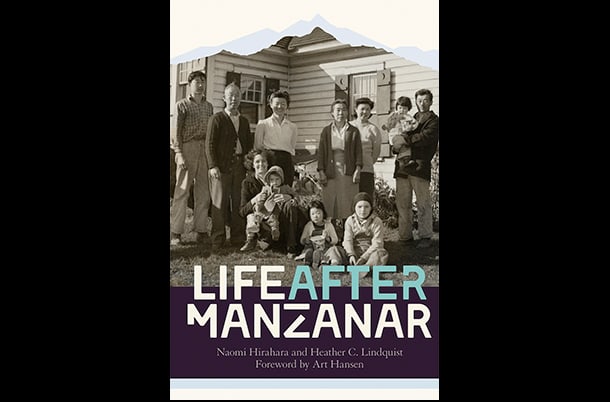 Manzanar was one of the 10 camps where Japanese American U.S. citizens living on the West Coast were incarcerated during WWII. The book is a group effort, with input and contributions from a range of people, and tells the story of those who were finally released from custody and had to start new lives. Personal stories form the main content, reliving the actual departure from the camps at the end of the war up to today. Some of the contributors are well known, such as John Tateishi and Aiko Herzig, but most are ordinary folk, examples of the varied population that comprised this group.

“One of the initiators of this book project wanted something to reach visitors to Manzanar National Historic Site, the museum and study center…. who might wonder what happened to people who left the barracks for the great unknown,” say authors Naomi Hirahara and Heather C. Lindquist in the afterword of Life After Manzanar.
And as the years pass and more research has happened, a great deal of resistance within the camps surfaced. Art Hansen, a major scholar of camp history, who contributed the foreword to this book, says, “I would argue that resistance to oppression is nonetheless the leitmotif” of this book.

What these authors wisely did was to comb the archives, the existing testimonies, the rich material that exists in many places, thus allowing voices from as far back as 1973 – Sue Kunitomi Embry, Togo Tanaka, Karl Yoneda, to 2017 – David Goto. This range gives a richness to the stories in this absorbing book, along with the photos that allow us to see these individuals, their families, and their humanity.

It is a very readable, accessible work, and overall, builds up to the bursts of activity that came forth as the community came to grips with its history, formed organizations, created pilgrimages and study centers, culminating with a demand for redress and an acknowledgement from the government that, indeed, a terrible injustice was perpetrated.

When the camps closed in 1945 and 1946, most had lost almost everything and faced hostile environments. They were given only $25 to start over. Housing and jobs were in short supply, and so survival became the governing fact. It is startling to see a picture of temporary housing (page 47). One of two sites built by the War Relocation Authority for those out of incarceration camps, it looks exactly like the the barracks that they had just left. After incarceration, life for many resembled the very camps they had been forced into.

4,000 Japanese American people lived in converted army barracks and trailers across southern California. The job situation was bad, forcing many to do whatever it took to put food on the table. Gardening was one job that many took up out of necessity. It was a struggle to reestablish themselves, and the elderly never regained what they had lost.

In time, the community got on its feet and began to fight against anti-Asian legislation and discrimination, in politics and in the media. As younger generations come to learn about their family’s histories, their desire to know more results in more research, books, films, visits to former camp sites, more commemorating of the camp sites, leading to more understanding of their past.

The inhumanity and pain incarceration caused has taken a long time to heal from. This comes through loud and clear in this compelling book.

Co-authors Heather C. Lindquist and Naomi Hirahara will speak on Sunday, May 6, at 2:00 PM at the Microsoft Auditorium in the Seattle Public Central Library. The authors will appear in conversation with Tom Ikeda, executive director of Densho. The event is free. No tickets are needed.