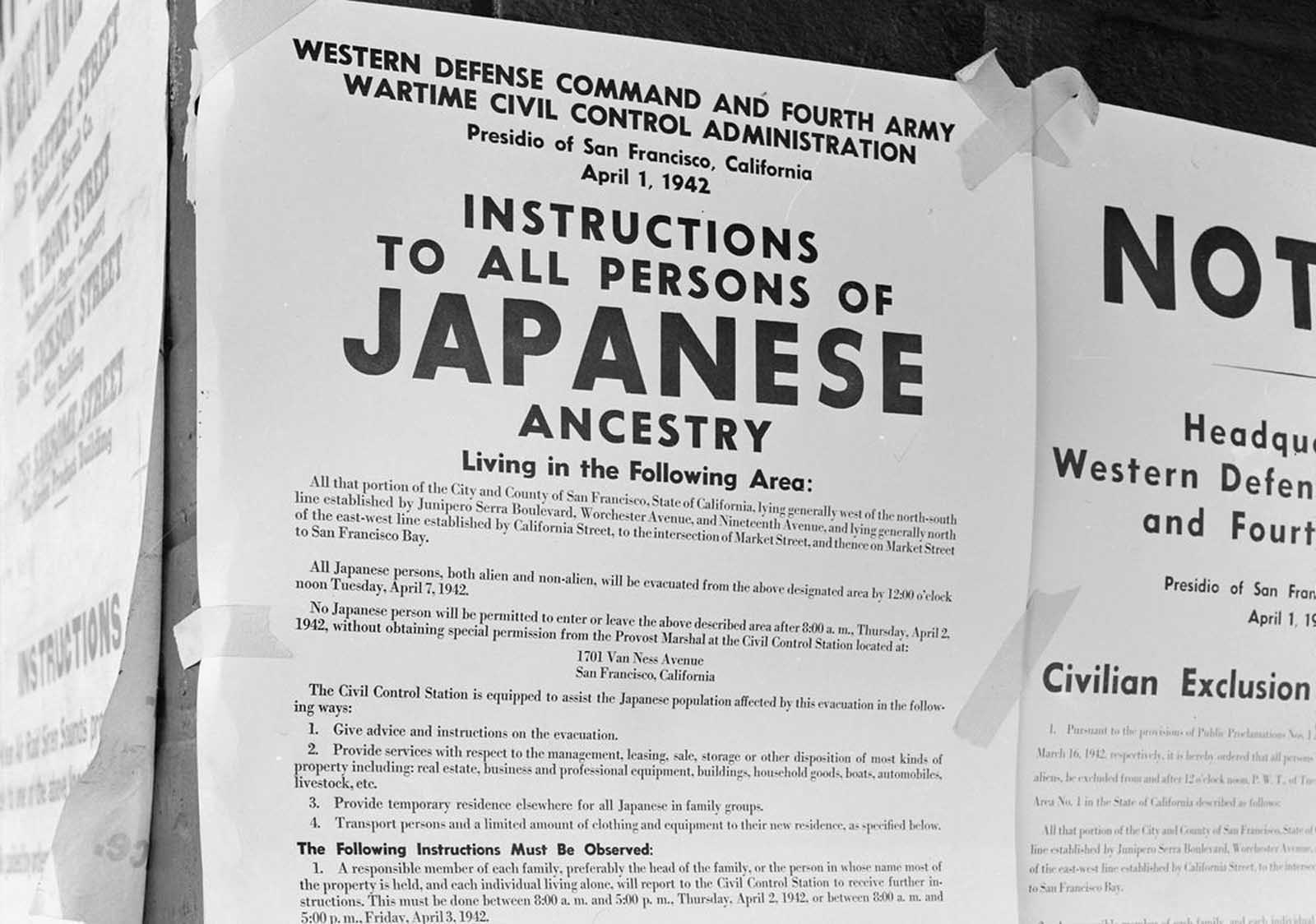 The following is a letter to the editor by Joseph Shoji Lachman in response to the article, “Millennials Reflect on Executive Order 9066 and its Modern Parallels,” which appeared on the International Examiner website on March 23, 2017. The article quoted a student who said that he believed World War II justified Executive Order 9066.

The IE acknowledges that more historical context should have been added within the article to reflect the writer’s intent of showing that there are some young people today who misunderstand Executive Order 9066 and the injustice of the incarceration of people of Japanese decent during WWII; and that there is a need for more education about the actual history of the United States. The IE regrets not taking the opportunity to effectively and directly address the quote and expand on this context more within the article itself. The IE appreciates the continued discussion in Lachman’s letter to the editor. The article will be updated online to better represent the historical context.

As an occasional contributor to the International Examiner, I appreciate its commitment to high quality journalism for the local Asian American community. However, this also means calling it out when it is not achieving that mission. Recently, an International Examiner article was published online titled, “Millennials reflect on Executive Order 9066 and its modern parallels.”

I was glad to see thoughtful responses from today’s youth showing an understanding of the past and what kind of parallels exist in modern times. However, one stood out to me, and that was an opinion from a student in Bellevue who claimed somewhat paradoxically that there were no parallels between the Japanese American incarceration and modern immigrant and refugee ban, but that both were justified for apparently similar reasons. This seems to be an attempt at providing balance, but it differs in one other important way—its lack of basis in historical fact.

First, I would like to emphasize that I am not opposed to the inclusion of dissenting opinions. It is healthy for news media to acknowledge that a variety of opinions exist so that we can confront them. The problem was the lack of historical context given here.

For example, the student gives the tired argument that “we were in the midst of WWII, [and] the lives of those serving at Pearl Harbor had already been taken.” Attacks by foreign military and wartime itself have since been rejected as legal basis for denying civil liberties to American citizens and their families. On top of that, the student says, “We had very little knowledge about our new enemy, and we knew that there were millions of Japanese immigrants living here in America.” This is not a statement of opinion, and shouldn’t be treated as such. The most obvious part is that the 1940 census showed only 127,000 people in the contiguous U.S. of Japanese ancestry (and about 160,000 in Hawai‘i), not “millions.” A little further research would have shown that indeed the government had been conducting extensive surveillance of Japanese Americans for quite some time, and the navy and FBI both recommended against forced removal and incarceration.

The Immigration Act of 1924 had already banned the immigration of people of both Asian and Middle Eastern descent decades before incarceration, which is why over 60% of those incarcerated were American citizens by birth, while the rest were banned from citizenship until the law changed in 1952. All of this information has been available for decades, and yet the illusion of controversy persists.

My main concern is actually not this student’s uninformed take on history, although it does reveal a need for improved Japanese American history curriculum nationwide. What worries me most is the fact that these falsehoods were presented without any context or refutation. Even though I could immediately identify them as false, many readers will not be as familiar with the history, and can be misled into thinking that this “opinion” has just as much credibility as that of Seattle JACL President Sarah Baker, who is quoted in the next paragraph, but not given a chance to refute anything from the student.

Again, this is not about silencing voices, but ensuring that we maintain the integrity of our media organizations. Over time, objectivity has become a sacred ideal of journalism, but it should not be a crutch or a shield. Objectivity should not mean juxtaposing any two opposing opinions and refraining from commenting on their validity.

In the end, opinions based on falsehoods are indeed less valid than those based on historical fact, and we must recognize this when choosing what views to publish, and what context to provide. This is particularly important when discussing well documented human and civil rights travesties. We can still stay grounded in historical fact while having a meaningful discussion of modern issues, and in fact it is vital that we do so to honor the legacies and sacrifices of those who came before us.

Finally, I would like to thank the International Examiner, which unlike the Tri-City Herald, proved that it is receptive to constructive criticism, and allowed me to submit this response. I hope this will not discourage the author from continuing to write, and that it will be a learning experience for all. No newspaper is perfect, but it is encouraging to know that the International Examiner can learn from its mistakes to avoid repeating them, just as I hope American society will learn from its past to ensure that it also does not repeat its past wrongs.

Exclusion and detention: Lessons from history about ‘military necessity’ and ‘national security’
Opinion: Never again
Executive Order 9066: Artists and activists draw parallels to the present
Opinion: Executive Order 9066, Never Again— Every American has a stake in the Constitution
Reflections on the 75th Anniversary of Executive Order 9066
Densho Day of Remembrance discussion drew over 1,500
Opinion: This is not a test
Letter to the Editor: We can’t ignore the atrocities of the incarceration of Japanese Americans during WWII
Fo’ Real: Allegiance and a Little Sun, a Little Stew
Column: Never Again—Eternal Vigilance
International Examiner, Seattle Channel, and 21 Progress to Collaborate on OSPI Kip Tokuda Grant Project
Legacy of Justice at Hirabayashi Place
America is My Home: Ellen Suzuki