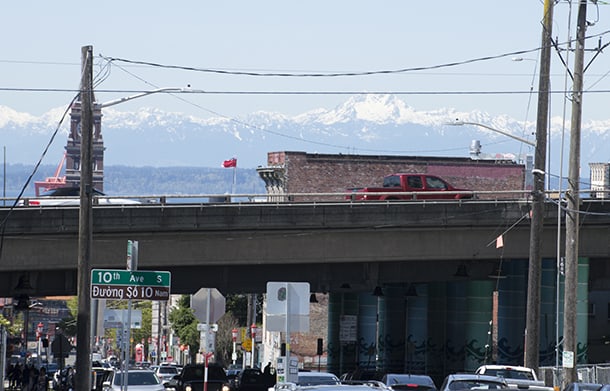 I note with interest your recent series of articles pertaining to “building a cleaner future for healthier communities” and advocacy for Proposition 1631. I wholeheartedly agree with the Proposition and with the writers who shared their sentiments that so often it’s the marginalized communities, such as the Chinatown International District, that suffer the greatest with regards to pollution of the air we breathe.

Earlier this month, I attended a public meeting at the CID where an official from the Puget Sound Clean Air Agency presented the status of the air quality in our neighborhood. Not surprisingly, the air quality in the CID is quite poor, particularly owing to our neighborhood’s proximity to busy highways (e.g., I-5, I-90). What interested me was that the biggest culprit in causing the poor air quality here is diesel truck and car emissions that contain harmful levels of nitrogen oxide, otherwise known as NOx.

At this meeting, I made a recommendation that the Agency should be working with the Washington State Attorney General to see if victimized neighborhoods such as the CID could receive funds to help ameliorate this health hazard. These funds can be sourced from big corporations such as Volkswagen, BMW, and Mercedes which we now know have been systematically cheating on their vehicles’ emissions tests by installing software to fool the readings in controlled laboratory settings whilst in actuality these vehicles are releasing extremely large and dangerous amounts of NOx into the environment when these vehicles are used while driving.

I note that Washington state is one of 10 states that have been or will be granted funds from Volkswagen based on their settlement for these wrongdoings. One viable option to use these funds would be to finance the purchase of box fans and air filters that can be used to create inexpensive do-it-yourself (DIY) filter fans. Using a 20” x 20“box fan and placing a 20” x 20” air filter in the back, these DIY fans can substantially reduce pollutants in the air in residences in the CID. Each fan would cost only less than $20 each, while the high quality air filters with a MERV rating of 13 can cost upwards of $15-$20 each and these would need to be replaced periodically. Bulk purchases of these box fans and MERV-13 rated filters could and should be made by the State of Washington, and distributed free to residents of the CID.

Every single day we breathe highly polluted air in the CID, exposing us to contaminants that are associated with higher rates of asthma, cardiac problems, and cancer. In the CID, we’ve been victims for far too long. Can’t we at least get some help to take a clean breath in our homes?