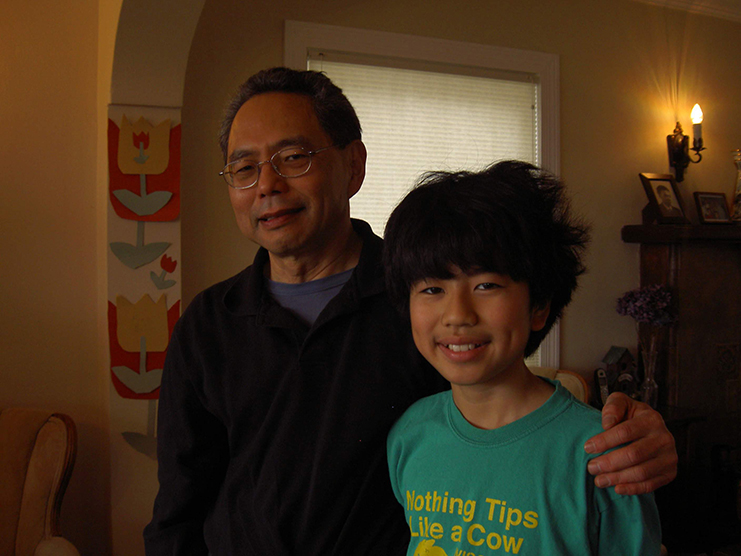 Bob Shimabukuro was the editor of the IE. He set a tone, a mood, like all of us editors strive to do. Do your work, do it well, do it real. Fo’ real was his column. This editor in particular absorbed those words. He wrote Born in Seattle which documented the origins of the Japanese American redress movement, published in 2001. A skilled woodworker, he helped build the re-creation of the barrack from Minidoka, Idaho that was the centerpiece of the Wing Luke Museum’s blockbuster “Executive Order 9066” exhibition.

We tremendously miss him. Embedded in his essays were strong themes of feminism, social and racial justice, humor and love.

All we can do is pass it on. And Bob did.

CD: I told my mother we’re going to get married.
BS: What did she say?
CD: She wasn’t too happy. She said, “They hit their wives, you know.”

I thought about this for a few seconds. “Well, I thought, the husbands hit their wives and their children, too,” but decided to not say anything.

A: Oh, I feel so bad, Bob. Don’t know what to say. Felt so bad.
B: Why?
A: Because of the, you know, mass killing. Don’t know many Asians so I thought of you.
B: Wait. So you asking me to help you feel good that this happened?
A: Uh, not really.
B: You know anybody or family members in that group?
A: No.
B. Then you no need worry. But if you really like know how to help me or help them, I’ll tell you one short story.

I go home from Portland to Hawaii. Get asthma attack.

Go hospital. Get check up. X-ray. The guy come out.

C: Eh, your fadda’ when chrow you aroun’da the house or what?
B: I don’t think so. They told me I fell out a window.
C: Dis mo’ worse than fall out a window.

I go home, tell mom what the guy said, and she held me and said, “We just couldn’t take you to a hospital. We were really broke. (Sam’s lockjaw was expensive.) I just held you and you cried all night.”

I w’en stop when couldn’t do it anymore. Was working for Asian AIDS organization. Found out get plenty mo’ same kind problems. Not much money fo’ programs. Asian Women, Trans Folks get bad deal from men, other women. Men get bad deal from odda men, too. Get all kind trafficking.

Big problem last long time. Small problem last long time. Maybe nobody can solve da problems, ya’? This when start when humans evolved, I think. So ‘dis not’ing new. But fo’ me, very personal. Plenty for me to think about all the time. Like help, but cannot. And get hard time writing. Last Sunday, w’en fall we’en try walk outside first time in 16 months, I think. Passed out. Scary.

Also, maybe longer time in jail now. Just jokin’. Alice say, have to have somebody accompany me. Everywhere I go. No walking alone. Sigh…

And trying to find the correct balance of the influences in my life:

That’s a load to think about.

So you really did come to da right place. All this stuff personal. I do feel bad. You can help me feel better. You can help by giving that real people and change the world.

There’s much more to come, but I had one setback last Sunday so all writing was delayed.

For the infirmed, there’s not much we can do, but “LET’S CATCH A BREATH, THEN KEEP MOVING.”