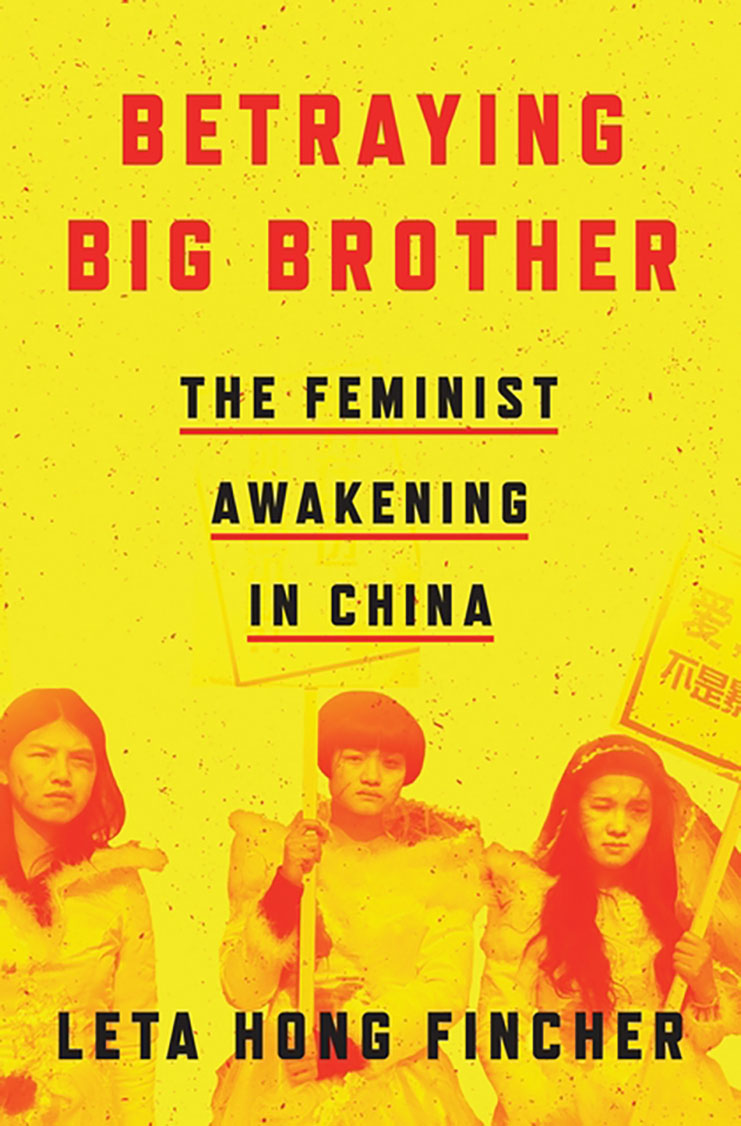 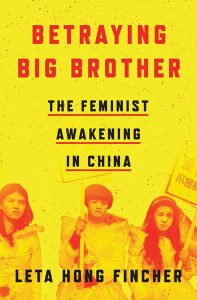 Author and scholar Leta Hong Fincher, who was born in Hong Kong but raised in Australia with frequent travel to Hong Kong and mainland China, published her second book in September 2018 centering on the clashing philosophies of China’s patriarchal authoritarian regime and feminist activists.

Anchored by the gripping true story of the Feminist Five – activists who in 2015 were sentenced to 37 days in detention because they developed plans to celebrate International Women’s Day on March 8 – Betraying Big Brother: The Feminist Awakening in China details the feminist uprising that Fincher contends is currently the most daunting threat to the Chinese authoritarian regime.

In anticipation of her talk at the Town Hall Seattle’s Homecoming Festival event on September 22, I spoke with the author about her book and what knowledge we can glean from the Feminist Five to defy the shrinking of liberties in the U.S. Our dialogue has been edited for length and clarity.

IE: Who was your intended audience for this book? Did you think that it would be read for mostly academic use, or that Chinese women would be your primary readers?

LHF: Well it’s in English, and I knew that because it’s quite a scathing indictment of the Communist party state … it would not be picked up by a mainland Chinese publisher and translated into Chinese. I really hoped that there [would be] mainland Chinese women who could read it, but I really wrote it for people outside China. Because there’s not a lot written about women’s rights activism in China and I just think the feminist activists are just extraordinary: Extraordinarily inspiring and incredibly courageous … We can learn a lot from observing these Chinese feminist activists and apply those lessons to fighting patriarchal authoritarianism around the world.

IE: Which lessons exactly do you think we can apply? Let’s say in the United States.

LHF: I moved from Hong Kong to New York two and a half years ago. So, I’ve been here in America observing firsthand the Trump administration’s assault on our democratic institutions … I think the general inspiration [for the book was] seeing the courage and the ingenuity and the perseverance of these young women who are in the world’s most powerful authoritarian regime, who are taking on the world’s most powerful security apparatus, and they’re defying it. It’s kind of a miracle that their movement still exists in the face of this constant assault on their movement and their freedoms … And they are very, very unlikely to realize their goals within their own lifetimes. Nonetheless, they are still extremely committed. That’s something that we can learn [from them], as well: that we can’t see the struggle in being short-term. Basically the fight for democracy, or individual freedoms, is a life-long battle.

IE: How was your experience attending Tsinghua University different from your experiences visiting Hong Kong as a child and then living there as an adult?

In fact, the reason I did my PhD at Tsinghua University was because I was denied a journalist visa [in 2009] by the Chinese Foreign Ministry when I applied for a second tour as Beijing Correspondent for Voice of America. I waited for nine months and I still didn’t get my visa. My family and kids … were in Beijing already in 2009 and so I decided to apply for PhD programs to see what happened, and much to my surprise and delight I was offered a full scholarship by Tsinghua University to do a PhD in Sociology there. That experience was completely different from being a journalist … Nobody interfered with me when I was doing research because I was not a journalist, I was a student. I had a lot of freedom to conduct my research while doing my PhD.

IE: I’m wondering how you feel about the current anti-extradition bill protests in Hong Kong. Do you notice any echoes of the fears about sexism that you discuss in Betraying Big Brother, or is that different from people’s fears of influence from mainland China?

LHF: What is happening in Hong Kong certainly is consistent with the increasing repression that we see coming from the Communist Party state … [In Betraying Big Brother] I’m focusing on the crackdown on women’s rights overall, but … also painting a picture of the nature of authoritarian control in China, which I believe is highly patriarchal, and … that the subjugation of women is a really integral part of that authoritarian control.

So what’s happening in Hong Kong is not directly related to the feminist movement in China … They were promised one country, two systems … [and] a high degree of autonomy, and that promise has been broken by the Chinese government. The breaking of that promise … is consistent with the increasing repression that we see in mainland China … But, that said, there are mainland Chinese feminists who really support the people of Hong Kong, who support the uprising in Hong Kong.