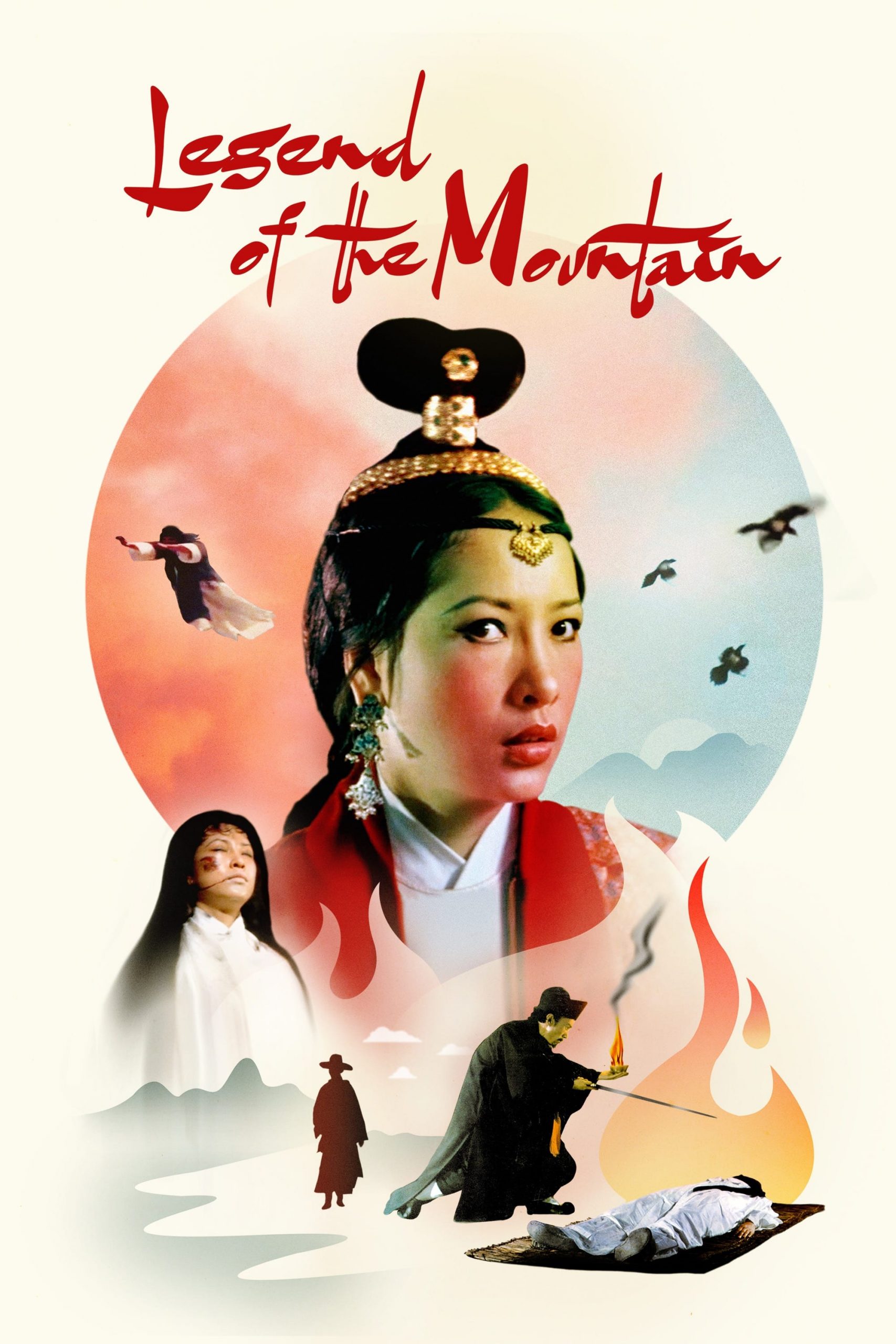 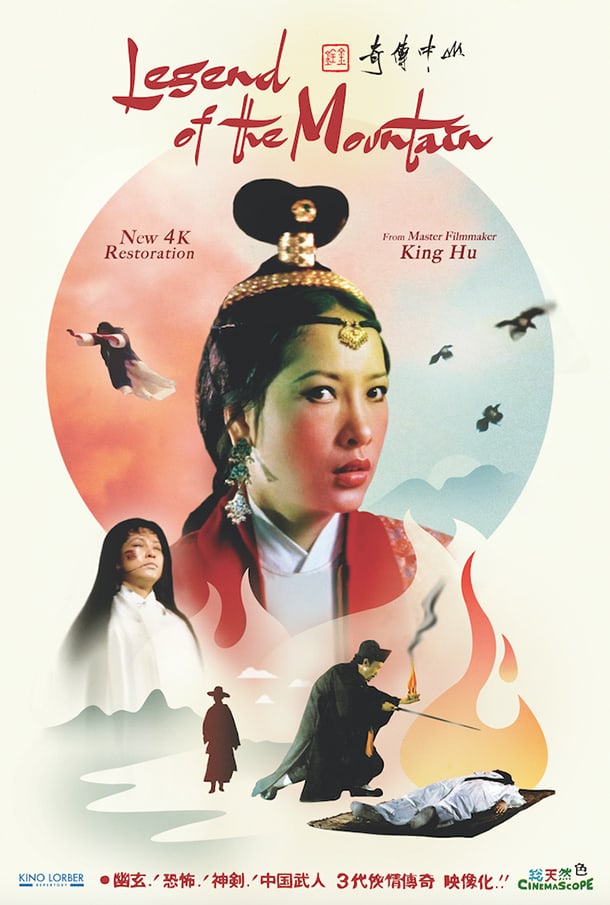 Originally released in 1979, The Legend of the Mountain is a gorgeously shot film by Taiwanese director King Hu. Now restored in 4K by the Taiwan Film Institute, the movie features breathtaking views of lush countryside washed in brilliant hues. Although the storyline in anyone else’s hands might have resulted in a cheesy tale of ghosts and goblins, Hu masterfully unravels a narrative that shines with believability while showing off sparkling eye-candy locations.

During the Song Dynasty (960-1279), Ho Yunqing (Shih Chun) is an optimistic but uninspired scholar who’s been summoned to complete the important task of translating a Buddhist sutra, or chant. By doing so, he’s told, he’ll put to rest all the uneasy souls of dead soldiers killed under General Han (Sun Yueh). Stuck somewhere between life and death, the restless spirits are condemned to an eternity of immobility and despair that only the sutra can free them from.

Ho accepts the assignment, but only because it’s a matter of commerce. He needs the money. Dismissive of the sutra’s potential power, Ho admits to not believing in it despite his theological studies.

After agreeing to the job, Ho travels to North Fort in order to tackle the arduous mission without any disruptions. Instead, his journey begets one disruption after another. First to arrive on the scene is Old Chang (Tien Feng), a mute in rags, who attempts to suffocate him. Or is he just trying to scare Ho away for his own good? Fortunately, or perhaps not, Mr. Tsui (Tung Lin) intervenes. He also just happens to have accommodations available for Ho.

Out of nowhere, Mr. Tsui’s housekeeper pops up. Shouting in a loud, overbearing baritone, Madame Wang (Rainbow Hsu) demands Ho dine with them that night. After Ho rests for awhile in a separate cottage, a maid arrives to fetch him for supper. But while walking in the dark with Ho, she spots a lama in saffron robes (Ng Ming-choi) and expresses her fear of the holy man despite Ho’s reassurances of their safety.

Once Ho arrives for the lavish meal, Mrs. Wang shows off her stunning daughter Melody (Hsu Feng) who entertains them by playing her hand drum. But her rhythmic tapping is so intoxicating and, along with the wine Ho gulps like water, he’s soon suffering from delirium. Unable to regain his bearings, he wakes up the next morning with no clue of what occurred the night before or how it has sealed his fate.

As Ho attempts to painstakingly transcribe the sutra with meticulous calligraphy, one disturbing calamity after another befalls him. Soon, it becomes difficult for him to separate humans from spirits among all the phantom-like creatures that appear and interfere with his work.

At one point, Mr. Tsui and Ho visit an inn where Ho becomes infatuated with the innkeeper’s daughter, a lovely woman named Cloud (Sylvia Chang) who resembles a ghostly flute player he’s seen before. When the innkeeper points to a Taoist (Chen Hui-lou) on top of the hill across from the inn, yet another character is added to the growing cast of other-worldly figures.

Throughout numerous battles involving demons and sorcery, Ho seems strangely disaffected. Is it because of his happy-go-lucky personality or is he in complete disbelief of his haunted surroundings? Even though he possesses powerful prayer beads and the ability to use his mudras (Buddhist finger gestures) to subdue any evildoers, Ho always reverts back to a state of naivety.

At over three hours long, this film has plenty of staying power. Besides visually rich backgrounds like crimson maple leaves and the misty, mossy hillsides of Korea (where it was shot), it uses special spellbinding effects. Created before CGI became the industry standard, this movie offers clanging cymbals, hypnotic drumming, powdery explosions and the viewer’s own imagination to create fantastical results. And, although director Hu was known for his wuxia films, he uses few martial arts fight scenes and, instead, highlights the emotional drama created by the spiritual battle between good and evil.

Legend of the Mountain is playing March 1, 2, 3 and 4 at the Northwest Film Forum.