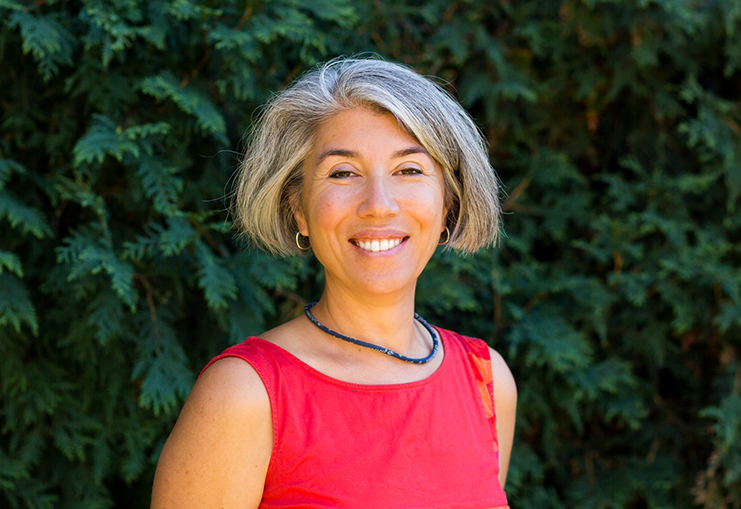 “Sometimes you have to go slow to go fast”.

That is the motto Maiko Winkler-Chin said she has relied on many times in life, especially during periods of transitions.

“I have a lot of wise friends and they have taught me this. When you are meeting people, it’s important to take the time to really get to know them, who they are and where they came from. Then, you can build that trust and the work you do together becomes easier and the change you want to make happen comes much quicker”.

It’s the kind of philosophy that should serve her well in her current role as the Director of the Office of Housing for the City of Seattle. She came on board the administration of Mayor Bruce Harrell in March of 2022. This after spending nearly 2 decades working for the Seattle Chinatown International District Preservation and Development Authority or SCIDpda. She left her position of Executive Director for the organization earlier this year. Winkler-Chin said like this city and the changes it’s going through, she’s feeling a similar sense of uncertainty that comes with any new job.

“It’s a weird and unsettling time for a lot of things as we are coming out of this pandemic,” said Winkler-chin. “I am still transitioning. I feel like the city is transitioning after everything that’s happened. But I have to focus on the job and right now it’s about “How do you plan things and get them implemented in a city that is known to plan forever and not get things done?”

Winkler-Chin will be honored with the Leadership in Community Development award at the International Examiner’s annual Community Voices Award fundraiser on Thursday, October 27 at Joyale Seafood Restaurant.

Defining her goals and making them a reality helped shape Winkler-Chin’s life & career. She was born in Japan and moved to Hawaii with her family when she was 5 years old. She later moved to the Pacific Northwest to attend college and found a calling in helping communities that don’t always get the chance to be seen and heard.

“One of my goals, in my current job and during my time at SCIDpda, is to make sure our community is represented in all of its richness,” said Winkler-Chin. “We are so diverse. I see that just by walking through the 7th floor of the Mayor’s office. People in this city come from all various backgrounds and the resources we put into our neighborhoods need to reflect that”.

One of the biggest issues Winkler-Chin is facing is housing affordability and availability . Her vision is to think beyond investing in more housing but finding ways to meet a community’s needs in a responsible way.

“We do have to find tools to create as much housing as possible but we also have to think about how these structures are going up. They need to meet multiple public benefits,” said Winkler-Chin.  “I learned from working in the CID that buildings aren’t just where people live, they can also be where people work and gather. There could be shops and other businesses in the lower floors of a new apartment. Building the unit is not the end goal.”

It’s clear Winkler-Chin is community-minded and wants to pass that lesson on to the younger generation, including her 19 year old daughter who’s now attending college in Southern California.

“When she was younger, it was really important for me to show her our neighborhood and that she gets the concrete association of what I did for my work. She knew I worked in this building and that grandpa used to live in that building. It builds a sense of history and she understood that.”

As for what’s next for Winkler-Chin, she said it’s as important for her to slow down and look back, while also looking forward.

“Know your past history and let that be your launching point,” said Winkler-Chin. “You change all the time as a person but it’s important to know how you end up here. When people recognized me for my work, I would say it’s because others have believed in me and allowed me to do things. I got here because my family let me do it and my mentors let me do it. I am just lucky that I have people around me who care and people who care about our neighborhood”.