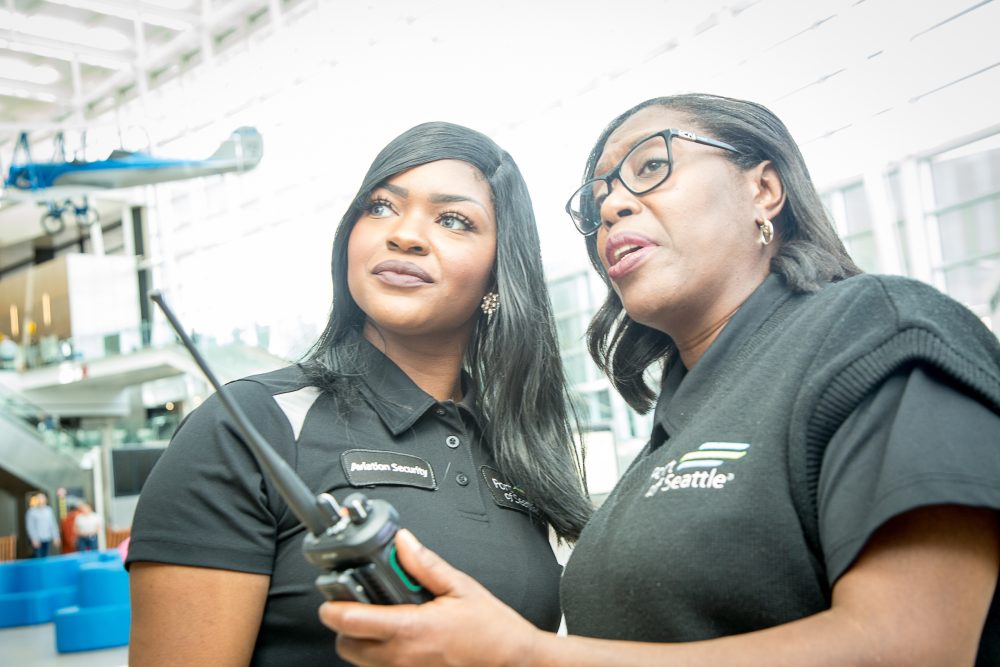 Is it time for you to make a career change? Want an interesting career that makes a visible and significant impact on your community? Along with great benefits and opportunity for growth? The Port of Seattle is hiring and has more than 30 job opportunities on the website at any given time. You could have an interesting job like a police officer, bus driver at the ninth busiest airport in North America, or building infrastructure that will be used for generations to come.

With a job at the Port, you can help move people, goods, and ideas across the country and around the world. The Port is hiring for many different jobs at Port facilities, including maritime properties like Fishermen’s Terminal or Shilshole Bay Marina, and Seattle-Tacoma International Airport (SEA). The Port serves millions of people, generates billions of dollars for the economy, and supports thousands of well-paying, family-wage jobs in the maritime and aviation industries.

Port employees enjoy competitive pay and benefits, robust learning and development opportunities, recognition programs, and a unique and inclusive work environment. Here are just a few of the many different jobs at the Port of Seattle and SEA Airport:

Marin Burnett, Strategic Planning Manager, ensures that all work performed aligns with Port goals. She’s a strategic advisor to work groups across the organization on how to carry out the Port’s long-term mission and goals.  Burnett says the best part of her job is “getting to think for a living and helping my colleagues problem solve. It is a challenge at times to synthesize work across the organization – but that makes success all the more rewarding.”

After 23 years in the military, Sebastian Hicks began his journey at the Port as a Harbor Operations Specialist in 2008. Today, after his promotion to Harbor Operations Supervisor, Hicks spends his days at scenic and historic Fishermen’s Terminal, working to ensure the building, marina and docks are safe, secure, and beautiful for customers, community members, and visitors alike. Every day looks different and poses new challenges, but one constant is Hicks’ desire to bring smiles to everyone he can.

As a “people person,” Hicks has an outgoing personality that helps him thrive in his role. He enjoys the conversations, laughter, and opportunity to bring joy to those in the local community and new visitors to Fishermen’s Terminal.

Amira Beasley manages contracts for services and goods between consultants and the Port of Seattle. As a steward of public resources, Beasley has to be a detail-oriented analyst, negotiator, and communicator, weighing the pros and cons of each proposal according to objective criteria. She must be able to articulate that a process was fair and why a contract was awarded.

As an introvert, Beasley has seen her skills as a writer, influencer, and public speaker grow in a job that involves talking to people and facilitating meetings. She’s moving to another job as a Capital Projects Manager helping to build the region’s infrastructure for the future.

The Port of Seattle plays a critical role in fueling the region’s economy. All of Washington’s top industries rely on the Port for global access to markets. The global gateways of SEA Airport and the seaport are some of the county’s largest job sites; Port construction spending alone supports nearly 1,300 full- and part-time jobs each month.

To meet rising demand in travel and trade, the Port plans to build $4 billion worth of infrastructure at SEA Airport and the seaport over the next five years.  The Port needs a full team to keep operations running efficiently while building the future.

Look for your next job opportunity at the  Port of Seattle Careers page.