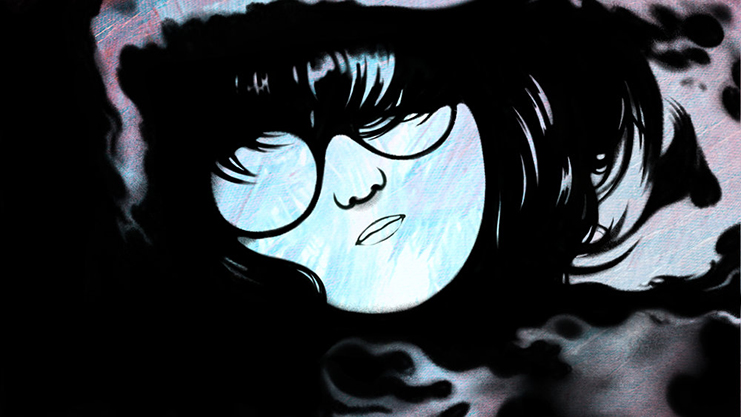 In her directorial debut, Los Angeles-based writer and comedian Kulap Vilaysack embarks on a personal, and emotionally vulnerable journey to find her biological father in Origin Story – the opening night feature film at the Seattle Asian American Film Festival (SAAFF). After encountering an argument between her parents at the age of 14 and siding with her father, she finds out that her father isn’t who she thinks he is. After 20 years of anger and grief and sitting with that revelation, she was finally ready to learn what her mother meant when she asked, “Why are you defending him? He is not your real dad.”

Origin Story chronicles Vilaysack’s travels halfway around the world, going between California, Minnesota and Laos. The film starts off with beautiful graphic visuals that illustrate the moment where Vilaysack finds her parents arguing, where her mom accidentally spills the unexpected tidbit about her father, and consequently, questioning her identity and everything she knows about the people around her. There are also appearances throughout the film by her husband Scott Aukerman, and close friends Sarah Silverman, Casey Wilson, June Diane Raphael and Howard Kremer – who all help Vilaysack process and unpack the emotional roller coaster of exploring a complicated family tree to find out who she really is.

Along with learning about Vilaysack, her family and her personal history, the film also sheds light on the history of Laos – particularly about the secret war that occurred, and the story of Laotian refugees fleeing their homeland to rebuild their lives in the U.S. by way of Thailand. Origin Story also highlights how Vilaysack’s Laotian refugee parents adjusted to their new life in a new land. The trauma and emotional hardship that comes with being an immigrant to the U.S. is reflected in the refugee immigrant narrative that her mother lives and imposes on her relationship with Vilaysack.

“My mom once told me that she didn’t know how to be in a family. Rarely does my mom share self-realizations, and to this day, it strikes me as one of the most honest and vulnerable things she’s ever said. Mom was just a teenager when she ran away from her hometown, when she escaped from Vientiane to a Thai refugee camp, when she married my father, got pregnant and came to Washington DC. Yes, she’s an immigrant, but more specifically she’s a refugee of this country’s Secret War in Laos and with it comes all the trappings – heartbreak, family separation, loss, violence and transgenerational trauma for me and my sisters,” Vilaysack shared.

Her unwavering determination and fervor throughout her journey to learn more about her tangled family history led her to meet new family members and discover surprising, heart wrenching stories. While the journey itself is emotional and overwhelming, Vilaysack is still able to find periods of laughter in between. She navigates through each unexpected revelation with equal parts grace and lighthearted humor. Through it all, she is able to find a sense of peace after finding her biological dad. For Vilaysack, she says, “Finding a sense of peace was the moving target from the get-go. At the beginning, I didn’t know exactly how I’d find this mythic state of being or when I would know that I had reached it. Putting together this documentary forced me to give form to all that happened. That feeling of peace continues to evolve as I continue to process, let go and grow.”