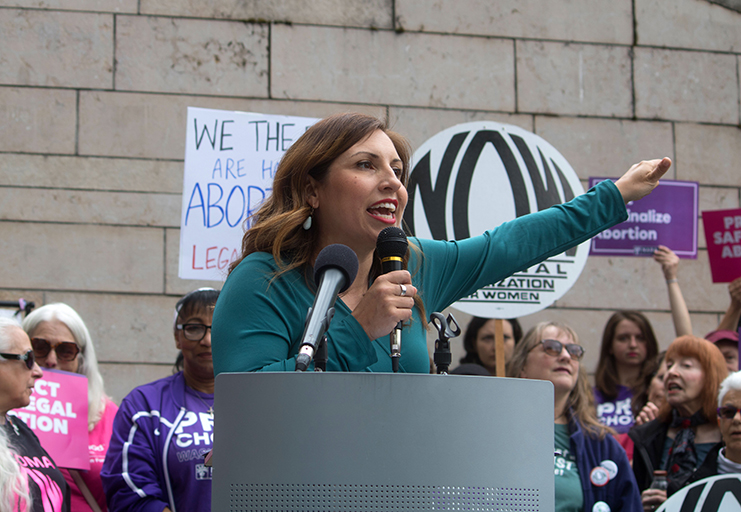 It could be anyone you know: The salon worker who does your nails. The office custodian. A nanny, a construction worker, a caregiver.

It’s hard to believe, but in 2019, slavery still exists. Right here in Washington.

There were 229 human trafficking cases in Washington in 2018, the 13th most in the country, according to the National Human Trafficking Hotline. And those are just the cases with a victim who felt bold enough to take the highly stigmatized act to report it.

Labor trafficking is involuntary servitude. Forced work for little or no pay. Your vulnerabilities exploited, preyed upon. No personal agency. Trapped.

The issue received national notoriety in 2017 when former Seattle Times writer Alex Tizon published an essay in The Atlantic titled My Family’s Slave, about his realization that the woman who raised him was his family’s indentured servant.

Seattle is at especially high risk of human trafficking, given its proximity to the Canadian border, the presence of an international port, and access to the I-5 corridor connecting us across the West Coast.

“In almost every industry that you see on a daily basis, there is a presence of human-trafficked workers there,” said Seattle City Councilmember Teresa Mosqueda, who has worked extensively on this issue throughout her career.

“A lot of people are being told, ‘Come to the city of Seattle, we’ll offer you a good job, you’ll be able to take care of your family at home.’ They get here, their passports are withheld, they’re in abusive situations, they are at the whim of their employer because they are living in their employer’s house or next to their business, for example,” Mosqueda said.

While lead lobbyist at the Washington State Labor Council, Mosqueda was a member of the University of Washington Women’s Center Human Trafficking Commission. And now as a councilmember, she is able to legislate at the local level.

“What’s important for folks to remember is not every nail salon worker is trafficked,” she says from her office at City Hall. “But there’s a high number of people who are trafficked because of the prevalence of people of color and immigrant workers in those industries. So we need to have better regulations for both push and pull factors and protections for sector-wide workers.”

First in the country

Washington and Seattle are pioneers in creating policies to combat this problem.

With passage of a House bill sponsored by former Rep. Velma Veloria, Washington made history in 2003 to become the first state in the country to criminalize human trafficking. Since then, the other 49 states followed suit.

Then last year, Seattle became the first city in the country to pass a Domestic Workers Bill of Rights, which guaranteed the minimum wage and rest breaks for nannies, housecleaners and gardeners. As worker classes, they had previously been excluded from protections and regulations.

Much of the language from this legislation is now replicated in U.S. Rep. Pramila Jayapal’s congressional bill that seeks to include these worker classes in federal labor laws and civil rights protections.

Mosqueda, who co-authored a Crosscut op-ed with Rep. Jayapal on this legislation, says immigrant workers are especially subject to having their passports and documents withheld and are being forced into labor and restricted from mobility.

“At the city, one of the ways we’re trying to address the rights of especially immigrant women and immigrant workers is to create additional protections for where we see high numbers of vulnerable workers,” Mosqueda said. “You say, ‘Oh, you don’t like your job? Go find another one.’ Well you can’t do that when you’re trafficked, when you have somebody holding your papers and your documentation.”

So the Domestic Worker Bill of Rights stipulates that an employer is not allowed to hold documentation and immigration status cannot be used to retaliate against a worker.

The economics of trafficking

A driving factor with human trafficking is a business model emphasizing cheap labor. The lower the costs of production, the greater potentially the profit. While this might make for a fatter bottom line, there are ethical concerns with systems that prioritize products over the welfare of the people who make them.

We have seen this dynamic play out on a global scale, with a mass exodus of manufacturing jobs from the Midwest to China, whose labor standards are significantly laxer.

The Netflix documentary The American Factory tells the story of a Chinese glassmaking company that purchased a shuttered factory in Ohio. While “Factory” wasn’t about human trafficking, the friction that comes from trying to establish the Chinese business model with American workers illuminates the perpetual struggle between costs and revenue. What were low wages, long hours, and unsafe working conditions to American workers looked like excuses for laziness to a company seeking to turn a profit in the cheapest way possible.

However, in examining the motivations of a trafficker, Mosqueda says it’s more than chalking it up to a company trying to maximize its profit.

“I think it is a little bit more malicious than that,” she said. “Really, some of these unscrupulous employers — and not all employers in these sectors engage in — but what they’re looking for are people who are not gonna speak up (or) go to the authorities. … Yes, (traffickers) want cheap labor, but they also want people who are less likely to take advantage of the labor protections they have.”

For the Asian/Pacific Islander community, language can be what keeps a victim enslaved. With the way this often plays out, Mosqueda says even a visit to the doctor is not sacred.

“Sometimes when we know there’s high numbers of human trafficked victims, their ‘employer,’ for lack of a better term — the person who’s controlling them — will go with them to the doctor under the auspice that they need to translate,” she said. “And then the worker themself is not able to say what’s actually happening to them, that their documents are withheld, that they’re being forced to do X type of labor, or, if they’re a sex worker, what they’re being forced to do.”

The UW Women’s Center has offered guidance to health care providers to help them recognize the signs of human-trafficked victims.

“If somebody’s not able to speak for themself, if there’s somebody constantly in the room with them, if there’s other indicators that should raise red flags, what to do in that situation, who to call, what to look for,” Mosqueda said. “And that’s sort of been done under the raincloud of the fact that these folks don’t have language access services.”

With a climate set by the White House that is hostile to immigrant populations, another significant barrier for victims is their own distrust of government.

“Right now, we have a federal government that’s intent on scaring people, ripping families apart, and dehumanizing immigrant and refugee families,” Mosqueda said. “When you juxtapose that with our local efforts to put on the side of city buses, ‘Hey, call if you have this situation, human trafficking is a violation.’ … They’re supposed to call a government number when word of mouth is telling them don’t trust government? That’s a really big problem.”

The solution, she says, is for workers to know they have basic rights, and to feel empowered to defend them.

“Every worker in Washington state, regardless of citizenship status, has the right to earn at least the minimum wage, has a right to be free of intimidation and harassment and assault,” she said. “It does not matter if you have documentation or not.”