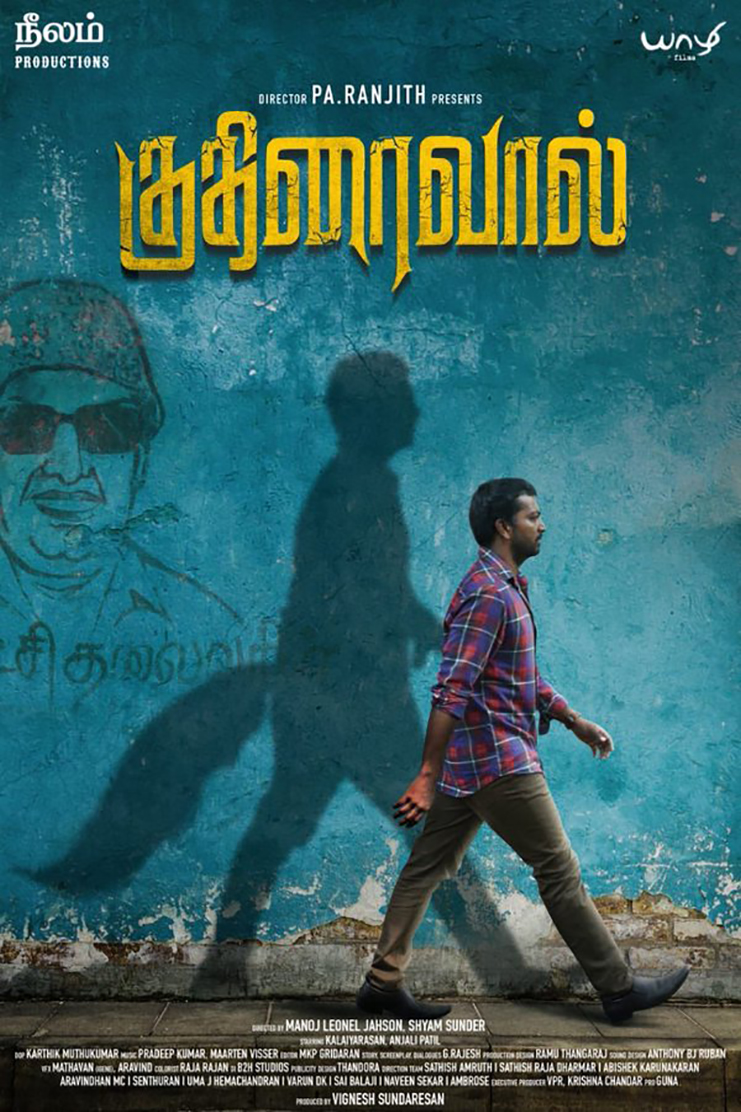 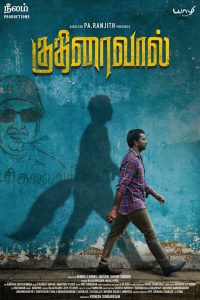 Kuthiraivaal is a debut venture of Shyam Sundar and Manoj Jahson, and is nothing like your typical Tamil film with its song and dance sequences and fight scenes. It is a surreal film in which the filmmakers blur the boundaries between dream, reality, myth and narrative.

Saravanan (performed by Kalaiyarasan) wakes up one morning to discover he has a horse tail. So he begins his quest to figure out why. He is anxious and paranoid and twitches constantly and is the only one who can see and feel the tail. He also starts calling himself Freud and goes on a quest to figure out why he has a horse tail. He goes to an old lady who is a seer who foretells futures based on dreams, then meets with a former teacher, and a television charlatan. Each of them offers him a different insight including that the horse tail is a sex symbol.

The narrative meanders with little logic and we meet an odd assortment of characters including an earless girl named Van Gogh and a horse without a tail. Saravanan seems to be working as a bank teller and he has a psychotic episode at work which gets him fired.

Later in the film we take a trip into Saravanan/Freud’s past and uncover some childhood trauma which involves the death of a little girl who then is transformed into a goddess. And, as if there weren’t enough unrelated plot lines, there is a dead neighbor who took his own life by removing 200 vials of his own blood and who is walking around the neighborhood talking only to Saravanan/Freud. Plus, there is an investigator who is trying to understand the neighbor’s death and solves the mystery by quoting Lacan and his theory of the mirror stage.

The film is richly allusive. Saravanan’s waking to a bodily transformation echoes Kafka’s Metamorphosis. The scene where Saravanan visits his former math teacher and finds him in a room covered with math equations across the walls and the floor is reminiscent of A Beautiful Mind. The girl with a chopped ear and named Van Gogh is an obvious allusion. And then there is Freud and his Interpretation of Dreams and a generous sprinkling of Lacan.

As an audience, we are drawn to these different allusions as a means of making sense and interpreting the film, and we find ourselves nowhere. Like Saravanan trying to understand his horsetail, we try to make sense of what we are watching and find ourselves in interpretive dead ends. Along the way, we realize that the journey of interpretation is more interesting that its conclusions.

The camera work in the film is exquisite as we weave seamlessly between different worlds. The film is mostly a weird trip for the viewer who leaves more puzzled by it all. At the same time, as an English professor trained in all these psychological theories of narrative interpretation, I can’t help but feel that a couple of filmmakers had a lot of fun tossing bits and pieces of what they had learned in college or had read to make a film that ultimately pokes fun at our desire for cerebral interpretations of narratives.

The film is currently streaming on Netflix.