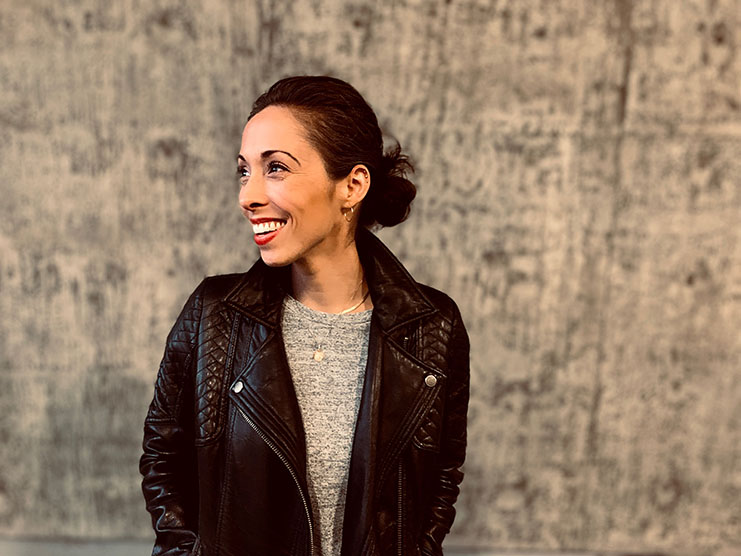 Kristin Leong is all about community.  Whether she is in front of a classroom, or on a TED-talk stage, or behind the scenes at KUOW, Leong strives to build connections between people, groups or teams.

Leong has been KUOW’s community engagement producer since May, 2018, in order to build a meaningful relationship with KUOW listeners and readers. “One of the newer roles I’ve taken on that I’m really excited about is actually a collaboration between our Community Engagement team and our web team,” she said. “I’m working with editor Isolde Raftery to edit our Seattle Story Project series.”

She has edited and photographed three essays for this series: one by Erik Molano, one by Jerome Hunter, and a joint essay by Lisa Jaffe and Maura Hubbell. “I have been so moved to be a part of the journey that brings these powerful, complicated stories to the world,” Leong said. “Seattle Story Project is a great example of the power of really listening to our diverse community members and inviting their voices to lead the stories we tell, and never just tapping someone who checks an ‘underrepresented’ box to provide a quote.”

Earlier in her career, Leong spent seven years as a classroom teacher. “The most important thing I learned in my years as a teacher is that being a facilitator is far more impactful than being an expert,” she said.

As a new teacher, Leong had initially believed her role to be to provide answers to her classes. “I quickly came to understand the power of being both honest and curious with my students,” she recalled. “If there was a question I didn’t know the answer to, that became an opportunity for me and my students to explore that topic together to gather more information.”

But Leong also learned that classroom teaching can be exhausting. “Leaving teaching was so bittersweet and one of the hardest choices I’ve had to make,” Leong said. “I still miss my students and creative lesson planning so much, but I’m happier now, with far better work-life balance.”

When Leong transitioned out of the classroom in 2017, she stayed connected to the realm of education by developing RollCallProject.com to help bridge the cultural gaps in schools.  “I was personally impacted by this gap,” Leong said. “I was one of the few LGBTQ or POC teachers I knew of.”

Leong was also one of the few teachers to whom her students came for support about their identities. “While I loved being that support for my queer/POC/first gen/working class kids, I also knew that they should have a variety of adults in their school community to be able to turn to,” she said. “As a teacher, I also craved more colleagues that shared my experiences.”

RollCallProject.com’s focus on portraits and common experiences, Leong believes, has helped create a significant shift toward greater inclusivity. “Schools, like the U.S. at large, are undergoing a transformative civil rights reckoning,” she said. “Teachers, students, administrators and families are all learning about the white supremacy embedded in our education system with curiosity, humility, and an energized commitment to be better.”

The key to this project, and most of Leong’s other initiatives, is storytelling. “I realized a long time ago that if we don’t tell our own stories, someone else will tell it for us,” she said.

And it was this storytelling that launched Leong’s transition from classroom teaching to broader platforms of stage, radio and web.  “My TEDx talk, Roll Call: Exploring the Gaps Separating Students and Teachers, was the last big presentation that I delivered while I was still a teacher,” she said. “Delivering that TEDx talk was one of the most unforgettable and meaningful experiences I’ve ever had as a storyteller.”

Leong now continues telling stories through her latest new project RockPaperRadio.com. “I launched this weekly newsletter last summer as a little haven for my fellow misfits and unlikely optimists who were also feeling a bit restless during this pandemic lockdown,” she said. “Since then, this weekly dispatch has gotten us all through wildfires, a civil right uprising, an insurrection attempt, the birth of a orca whale baby, the historic welcoming in our first female and mixed-race Vice President, and a confusing scandal involving Hilaria Baldwin.”

This project shares three stories each week: something to read, something to listen to, and something to hold on to. “The beautiful thing about watching our Rock Paper Radio community steadily grow since July, is that it’s such a great reminder that when we share things that are meaningful to us, even if they seem random or weird, there are people out there who will be moved by those stories too,” Leong said. “It’s a reminder that we’re all a little less alone in the world.”

Leong recently appeared on KUOW’s February 11th episode of Meet the Newsmaker series, sharing a behind-the-scenes look at her reporting on the “model minority” myth and the erasure of Asian students. “The centerpiece of the event will be a live conversation with viewers,” Leong said, “who will be able to submit questions directly to me via the comment section on YouTube.”

Regardless of the format, Leong expects storytelling to be part of her future. “These days, most of my storytelling is shared through essays and audio features I produce, along with my weekly Rock Paper Radio newsletter,” she said. “Even before COVID, I was feeling more at home offstage again, but who knows what wave might be next for me?”

She mused:  “I think if you have the storyteller bug inside of you, it never really leaves you alone.”

Meet the Newsmaker was live on February 11 on KUOW’s YouTube channel. You can view the episode after February 11 at KUOW – YouTube.