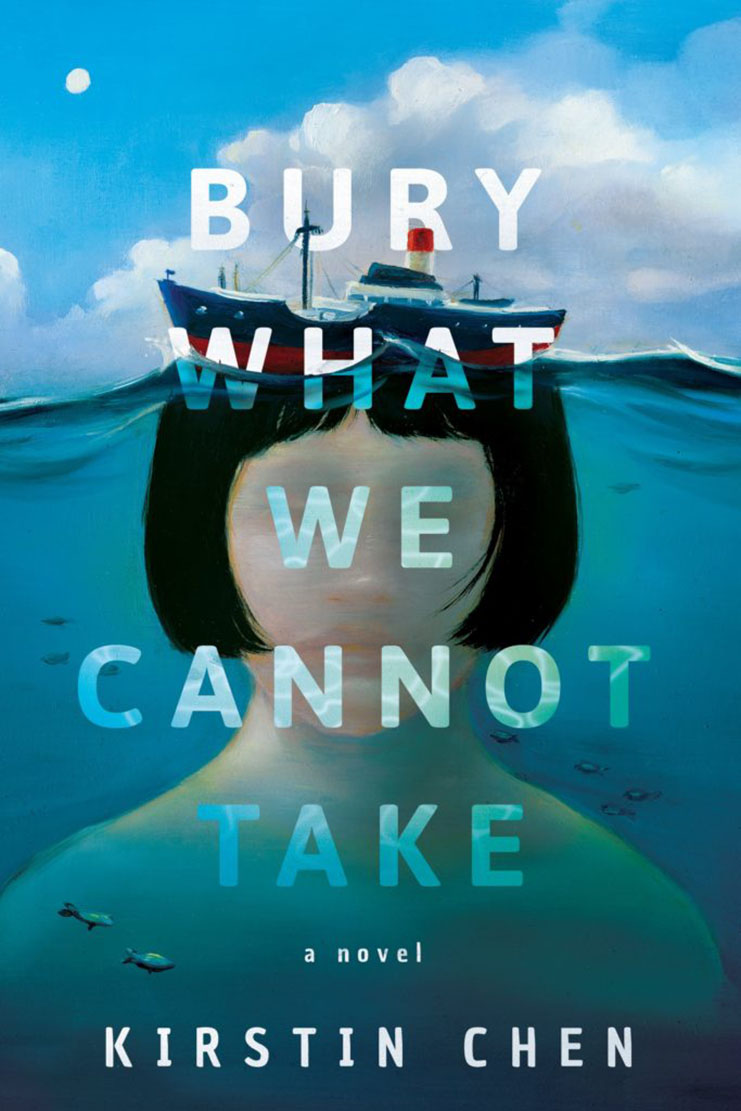 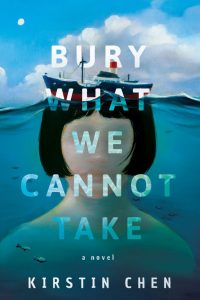 On the heels of the success of her debut novel Soy Sauce for Beginners, Kirstin Chen explores new ground with her riveting sophomore novel Bury What You Cannot Take. Although her first book was based on her own experience as a Singaporean expat living in the U.S., the setting for her second novel was foreign territory since it takes place in China during the 1950s.

Chen had lived in Singapore for 15 years before moving to the U.S. to attend boarding school. She later got her bachelor’s from Stanford and a master’s in fine arts at Emerson College. While on a tour for her first book in Singapore, an audience member practically accuses Chen of not being native enough to be using Singlish, an English-based creole, in her book. If 15 years of life in Singapore did not make her Singaporean enough in the eyes of her countrymen, how could she effectively pull off a Chinese story? How could she avoid cultural appropriation?

The answer lay in the research.

The spark of inspiration for this story started off with one of her friends who recounted what would end up being the book’s central conflict. As a young boy, her friend’s father witnessed his grandmother desecrating a framed picture of Chairman Mao with a hammer and reported her to authorities during the 1950s. As a result, the family decided to escape to Hong Kong but were faced with the agonizing dilemma of having to leave behind one of the children as collateral to ensure their prompt return to China. Her friend’s aunt was left behind as a result.

After exhaustively researching the setting and time period, she finished a draft, but since she had some unanswered questions, she decided as a last resort to turn to her aunt. Her trepidation came from her family’s discomfort over what her aunt had done in the past.

Chen’s family is originally from Drum Wave Islet, more commonly known as Gulangyu. It is a small island located off the coast of the city of Xiamen in southeastern China. During the 1940s, her dad’s side of the family moved to the Philippines, but when her aunt turned 15, she ran away from home and settled in Xiamen to help rebuild the country. Twenty years would pass before she would see her family again.

Interviewing her aunt gave her the confidence to finish the book and put her fears of cultural appropriation aside. What is most important is that her aunt’s and friend’s stories gave her some themes to center on, namely, the resilience of families to endure trauma and their ability to recover from such an ordeal. She also wondered how far the limits of a family’s love would go to endure such hardship.

Bury What We Cannot Take

Meet the Ong family of Drum Wave. The four of them – Bee Kim (the grandmother), Seok Koon (the mother), Ah Liam (the son) and San San (the daughter) – live surrounded by relative affluence that is the remnant of the successful factories Ah Lip (the grandfather) had owned. Factory owners, seen as cogs in the capitalist machine, were stripped of their factories in 1953. Ah Lip died shortly afterwards.

Ah Zhai (the father) has been working in Hong Kong for years. Ever since his father’s factory had been seized, a plan had been in the works to bring his family over. Finally granted three visas, Seok Koon decides to leave her daughter behind.

Although the book switches point of view among the five members, most of the book is focused on San San, and deservedly so. She is smarter than her brother, who in comparison seems like a featherbrained caterpillar. San San uses her keen observational skills and discerning intelligence to survive as her friends and allies fall at the hands of the Party. When she realizes her mother cannot return, San San goes to impressive lengths to find her way back to Hong Kong. Through her eyes, readers can witness the injustice and horror in store for people who erred before the Party. San San’s loss of innocence and transformation through her exposure to the ravages of life and the betrayal of her family is poignant and heartbreaking.

The family dynamic regarding the two children is of particular interest. Though San San is clearly the most precocious of the two, Ah Liam has higher value because he is male. Bee Kim often criticizes San San for being outspoken and inquisitive. If this infuriates anyone, the reader will appreciate some of the dramatic irony present in the early development of the story: Bee Kim dotes on her grandson, but before she finds out he is the one who reported her, she tells him things such as, “Trust no one except your own family.” San San’s experiences also question this advice.

Although engaging, captivating, fascinating and spellbinding, the ending is the book’s weakness. One can’t help feeling the author lost steam towards the end and abruptly ended San San’s harrowing adventure with a convenient ending. Chen also leaves the ending open ended, as if to say that the only way a family can proceed to heal from trauma is to ignore that anything had happened, which is reminiscent of her family’s past. It leaves an unsatisfactory feeling, but perhaps this is Chen’s intention. Overall, the book is a tantalizing read and not to be missed.