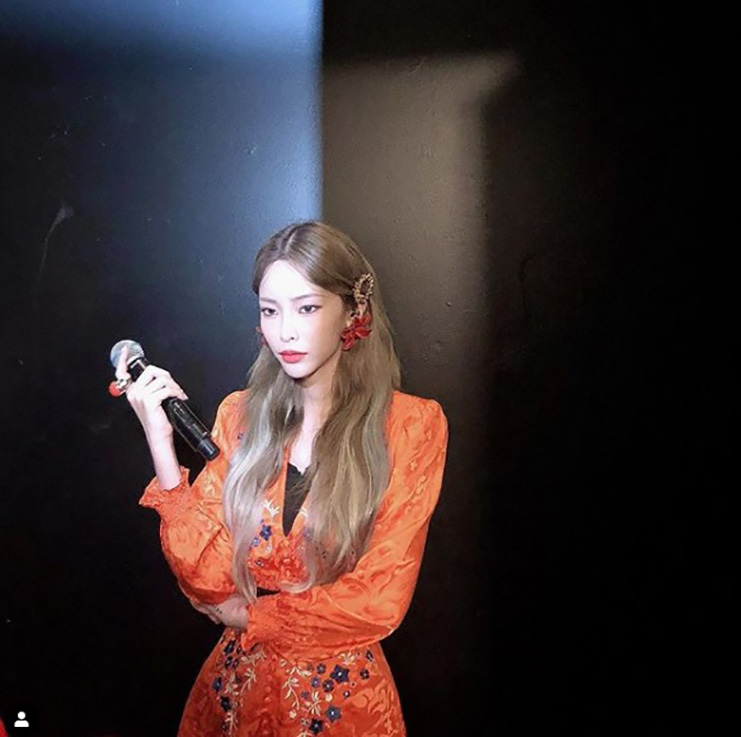 Heize, a female Korean musical artist, made her Seattle debut on June 28, and instantly won over the crowd when she flashed a smile while calling us beautiful and wonderful. While she initially caught the world’s attention during her stint on “Unpretty Rapstar,” she does a whole lot more than rap (duh) – she’s the whole package. She’s a singer-songwriter-rapper that’s taking the world by storm.

K-pop artists are often known for their visuals, and Heize does not disappoint. She walked on stage in the most stunning embroidered orange v-neck dress, which might not sound the most flattering described here, but damn, you do have to take a look. She already took the crowd’s breath away when she walked out, and then proceeded to open the show by performing “Jenga”, “Shut Up and Groove” (my personal, and also a crowd favorite), and “Sunday.”

One common misconception about K-pop artists is that they’re standoffish/their management team monitors fan interactions intensely. That wasn’t the case at all – throughout the concert, Heize took plenty of time to take selfies with fans, handed over the mic to brave fans during several songs, and even invited a male fan on stage (he was wearing a shirt that said “Heize is my Korean Queen,” and gave her a matching shirt to boot.). Not only did she put on the shirt, but she took time to talk to him, take photos, and give him shout outs throughout the show.

I was a casual fan of hers before the show, and definitely did not know any of her songs by heart. For those who don’t speak Korean, don’t fret. While Heize did take the time to address the crowd in English, her team did have a translator offstage who interpreter some of her lengthy monologues.

In anticipation for her performance of “Star,” Heize asked everyone to light up the venue “to the universe.” We all bowed down and listened to our Korean Queen, even if that meant that our videos would turn out a little funky due to the lighting. Her vocals are not to be taken lightly – she has both the emotional and technical chops down. You don’t need to be able to understand Korean to understand that this song’s about love, longing and loss.

The only downside to the night was that it was quite short – the show started on time, and ended a bit before 9:00 PM, with no encore. We all just wanted a little more time with her, but I bet she’ll be back soon – her fervent fan base is sure to make it happen.