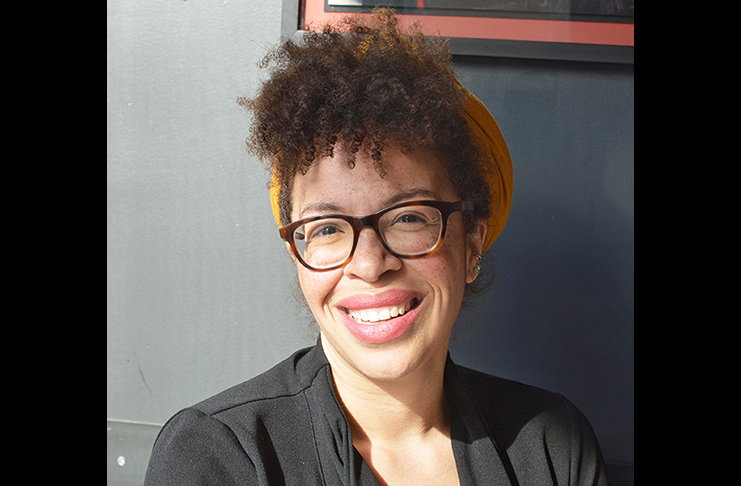 Kirsten Harris-Tally, a reproductive justice advocate who works as executive director of NARAL Pro-Choice Washington and served on the Seattle City Council member for 51 days in 2017, is running as Representative for Washington’s 37th legislative district.

A resident of Hillman City neighborhood, Harris-Talley wants to bring an activist voice to the seat, which has been held by Rep. Eric Pettigrew since 2003, and encompasses the Chinatown-ID and Little Saigon, part of downtown Seattle, the Central District, north Beacon Hill, Rainier Valley, Columbia City, Renton and Skyway.

As a representative, Harris-Talley wants to be a conduit for grassroots organizers who seek to effect change but live far from the machinery of legislative power.

“Much of the culture of Olympia right now is, you come to us in Olympia, we’ll listen from Olympia and make decisions,” Harris-Talley said. “I want to flip the script.”

From May through the end of the year, when she’s not in the state capitol, Harris-Talley wants to spend time among constituents in what may be the state’s most diverse district, “building the community vision and plan for what policy needs to look like the next leg session.”

“Too many folks in our communities can’t take time off at 8 a.m. and spend a whole day in Olympia advocating for what they need,” Harris-Talley said. “They can certainly sit with me and other neighbors at six o’clock at night and tell me what they need so I can carry it back and fight to make it happen for them.”

On the day she announced her campaign, Rep. Pettigrew announced he will retire. Rep. Sharon Tomiko Santos holds the 37th District’s other seat, while Rebecca Saldaña represents it in the state Senate. A primary is scheduled for August 4, 2020, the general election November 3. The deadline to file as a candidate is May 15.

The campaign is kicking off with community vision sessions — the first in Skyway and Renton — including conversations and opportunities for people to speak and express themselves through art and poetry. While her campaign platform expresses shared values for the district, Harris-Talley explained, these values will look different when transformed into policy in different neighborhoods — so her campaign leaves room for these conversations to help build out the platform.

“While we state a value that housing is a human right and that we should have affordable housing, we know the conversation along that common value is going to look really different in different parts of the district,” Harris-Talley said.

As a Representative, Harris-Talley pledged to center those most impacted. “This is a district that has been underserved resource-wise, and quite frankly intentionally for a long time,” she said.

Some of Harris-Talley’s priorities when she served as an interim Seattle City Council member for 51 days in 2017 were equitable taxation and housing equity, including an ultimately unsuccessful employee hours tax on the top 10 percent of businesses that would generate at least $20 million per year for emergency shelter and permanent housing.

“Good policy is always going to be limited if we don’t have the dollars behind it,” Harris-Talley said of lessons she learned on City Council.

Behind the dais, she saw that obstacles on the state level lie in the way of wielding more taxes on the city level. To create robust change, she realized “we’re going to have to have the voice of activism at the state level for our district so that we can start shaping laws that don’t limit the tools we have locally.”

Her priorities as a representative include both equitable taxation and looking at how budget dollars are allocated. From her work at NARAL, she knows that bills requiring a budget allocation may have a harder time passing. If elected, she hopes to serve on committees with sway over budget decisions.

Harris-Talley started her career in reproductive justice work, and it remains a priority as a candidate. “It’s near and dear to my heart, and it impacts every person, child and family in the state, let alone in the 37th District.”

Renter’s rights and affordable housing are other priorities. “So many folks in our district are renters, and the pressure of market rates is really literally changing the face of our communities,” she said.

In the CID, she has heard concerns about elders being pushed out. The CID’s zoning — with recent upzones in the neighborhood raising it to 270 feet in some areas — “is exacerbating the problem of displacement.”

Harris-Talley also wants to be part of state-level conversations about law enforcement training, standards for holding officers accountable who use deadly force, and whether funding private prisons and detention centers is compatible with Washington’s values. “I am an abolitionist, because I know until we change the 13th Amendment and don’t allow slavery in our prison systems, we are still working in a slavery context,” she said.

Harris-Talley is also interested in serving on the state Education Committee. Public education is a personal issue for her: Her youngest child is in pre-school, and her oldest is in public school. She opposes charter schools, considering them an “apartheid education system” that would negatively impact an under-resourced 37th District. “It’s saying we’re going to give a lot of resources to some if you come to these schools, which is going to limit resources to everyone else,” she said.

Harris-Talley is excited about the prospect that the 37th District might be represented by three women. “Not to begrudge the men in the work, but I have found the more women we’ve had in the legislature, the more compassion I’ve seen woven into our policies.”

She has learned from Sen. Saldaña of the 37th District about family-work balance; both women have small children. She hopes to learn more from Rep. Sharon Tomiko Santos (D-37) about “what it is to be a woman of color with longevity in this role. These systems aren’t necessarily built for people who look and act like us in our communities.”

Looking back, Harris-Talley believes her political consciousness started in childhood. She grew up in a rural Missouri town of about 300, with a Black father and a white mother, and she and her family members were among around 10 Black people in a 40-mile radius.
“I didn’t actually understand income inequity until I moved to Chicago for college, because everyone was equally impoverished where I grew up,” Harris-Talley said. “But the little bit they had they would give you and share. And I know that that really shaped my lens of how we show up in service to each other.”

Harris-Talley said her upbringing leads her to always ask if what she’s doing is for the greater good of the community or for herself. “I wish all folks in decision-making and elected positions were asking themselves that question, and choosing the answer I choose, which is: When I know it’s in service to community, I’ll say yes.”

Asked if she knew she wanted to go into politics, Harris-Talley shook her head and laughed — “Quite the opposite.” Growing up poor, with parents who didn’t go to college, she thought the only path to politics was Bill Clinton’s: To be an Ivy League graduate with insider connections.

“What I’ve seen in Seattle is that that’s not the case,” Harris-Talley said. “Folks who are from advocacy can be the decision-makers. Larry Gossett came out of advocacy and served for 25 years. That’s huge.”

As a state representative, Harris-Talley wants to work closely with community organizations. She is excited about working with people in the CID community, noting its history of community activism. She is excited about the inter-generational work happening in the neighborhood. “You have young people and elders partnering together to move both forward.”

“We sometimes don’t need new ideas, we just need to recognize the ideas that folks have been showing us, and make sure they have the resources they need,” Harris-Talley said. “That’s how I plan to show up.”