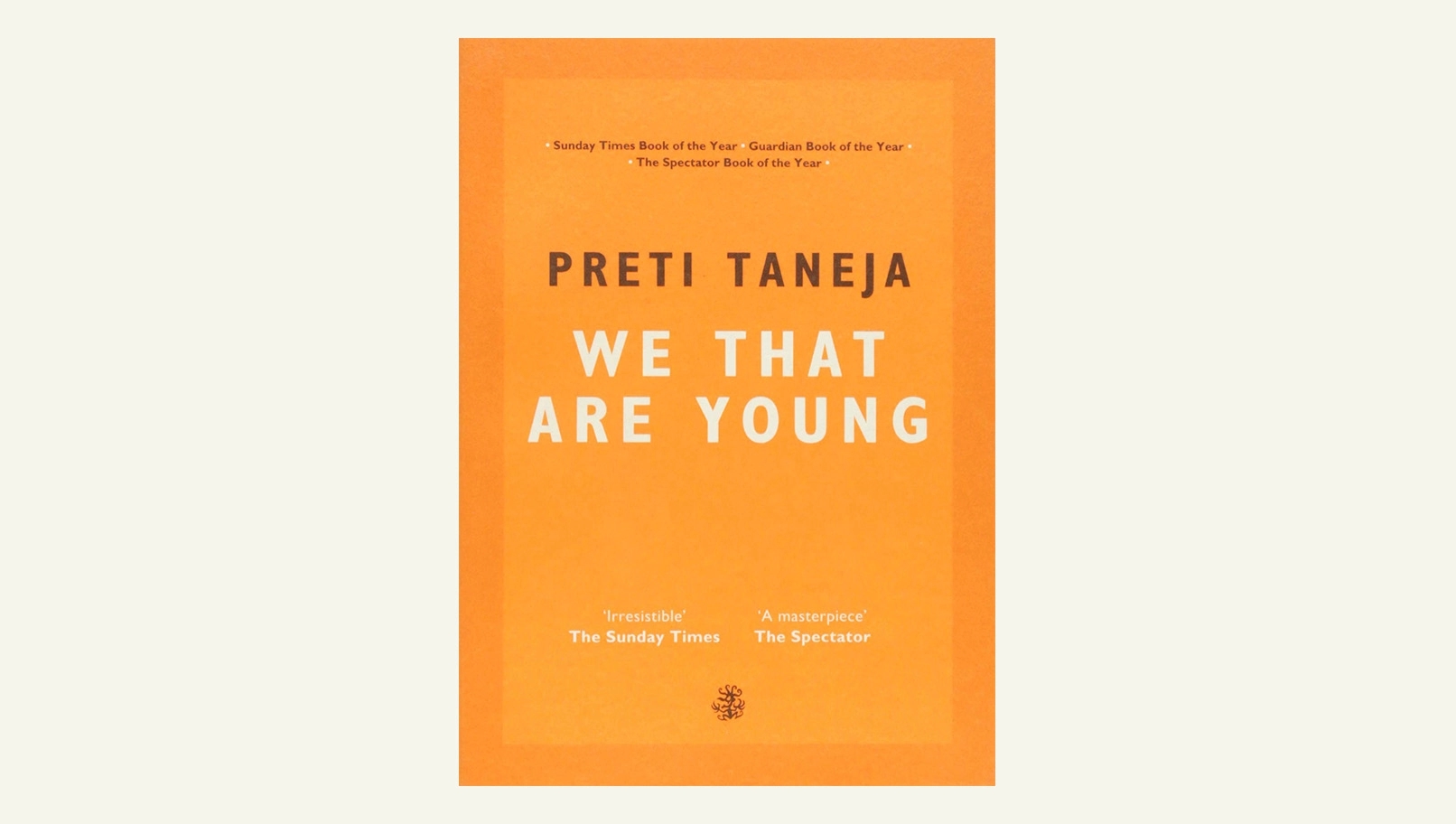 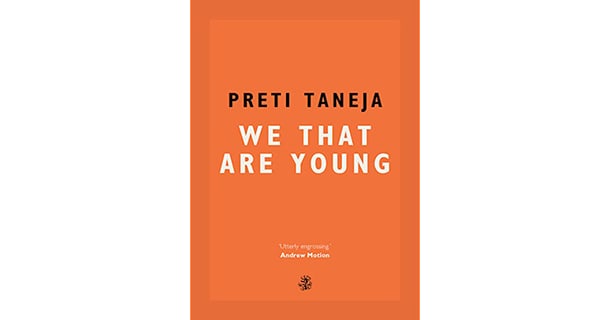 Take the framework of Shakespeare’s King Lear, add in references to the Ramayana, the Mahabharata, and Dante’s Inferno and lay that on a family saga, Indian television serial style, filled with tyrannical and eccentric tycoons, self-serving daughters, a number of working class and peasant victims, some references to Kashmir and to anti-corruption rallies in India and you will have the plot of Preti Taneja’s debut novel We That are Young.

The narrative begins with Jivan Singh, a Harvard MBA who has lived in the U.S. with his mother since his teen years. His mother, a beautiful dancer, had been the lover of a man named Ranjit Singh, chief enforcer/toady of an Indian corporate tycoon named Devraj. Jivan also has a half- brother, Jeet, a gay art dealer/art stealer and heir to Ranjit’s substantial fortune.

Devraj, the saffron underwear-wearing elderly tycoon, has become erratic and in Lear-style seeks to divide his immense Company between his three daughters – Gargi, Radha, and Sita. Gargi after finishing high school has been married off to a sexually inadequate man who writes indifferent poetry and she finds herself running the company while her father is on a rampage that includes beating workers, murdering peacocks on his estate (aka “the Farm”), and disappearing on a railway trip with his aging mother in an attempt to lead a revolution against his daughters.

The clan finds Gargi inadequate as a woman because she has not had a child 15 years into her marriage. Radha is the stereotypical sex bomb of Indian popular culture married to a gambling play boy who spends her time in one of the Company hotels doing PR and manufacturing exotic Kashmiri shawls while drinking, gambling, and having an affair with Jivan. Sita, the youngest is Cambridge educated and disappears from the family compound when they try to marry her off because she is an ecological activist who is concerned about the politics of hotel building in strife torn Kashmir. The novel winds through nearly 500 pages of plot to resolve itself in more violence.

Several contemporary Indian novels such as Aravind Adiga’s White Tiger and Arundhati Roy’s Ministry of Utmost Happiness address corruption, the rise of religious fundamentalism, and the dark side of neoliberal globalization. Unlike these novels, Taneja’s, while conceptually interesting, falls flat in its execution with wooden characters, turgid sentences, and a flabby plot structure.

The adaptation of King Lear loses the grand tragic vision of Shakespeare to become the narrative of an eccentric and violent tycoon. The women – Gargi, Radha, and Sita – are all stereotypes and lack emotional depth. The novel is populated with myriad minor characters some of whom have an ensemble role that slows down the narrative. The writer has researched her book, especially issues of human rights violations, and thus the motivations behind the novel are worth considering when reading it.