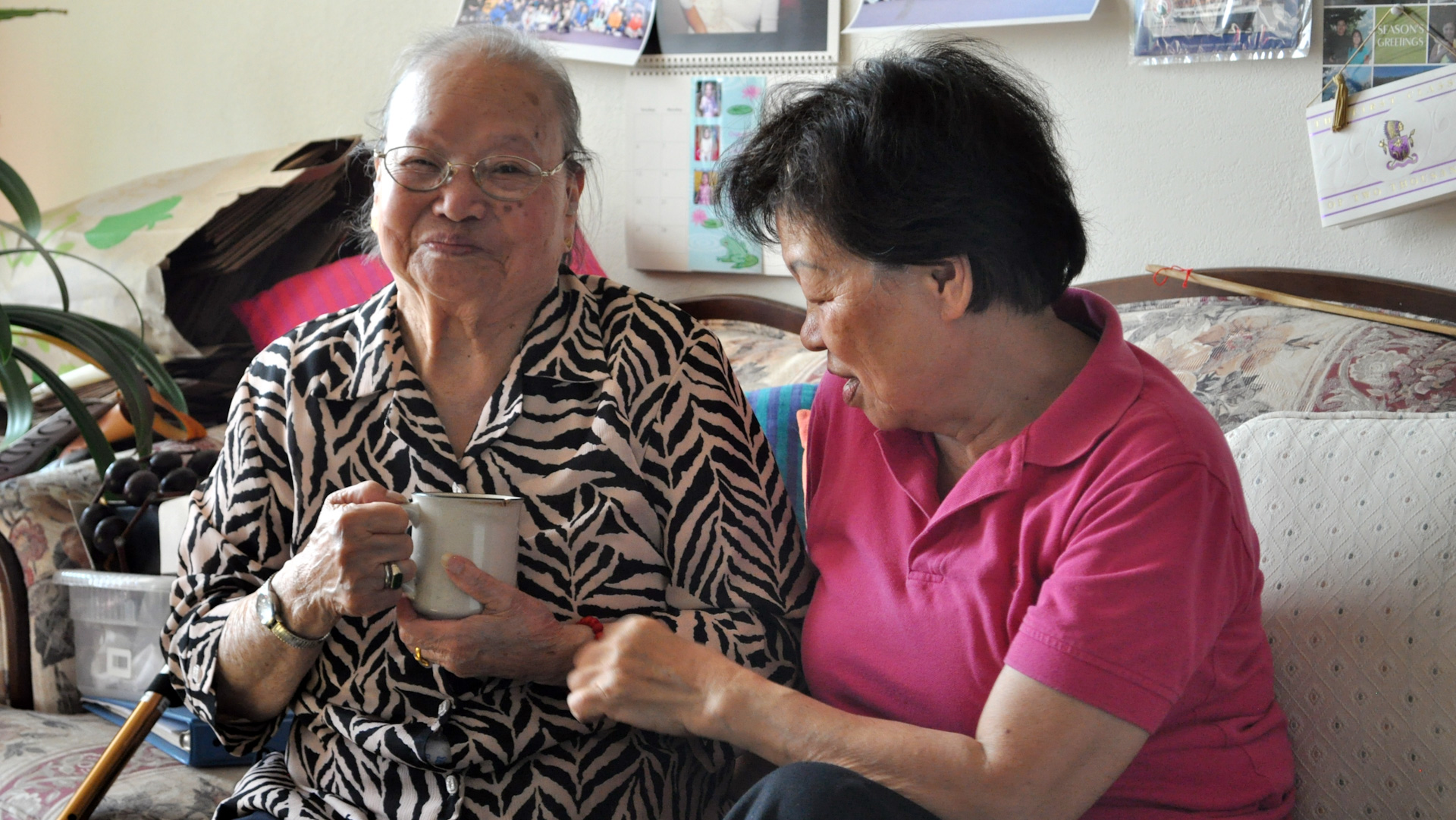 By Lillian Young
Kin On

Within Asian cultures, it has been a strong tradition for families to care for their own. It is very common for parents and grandparents to continue living with their adult children, especially when care options that cater specifically to the needs of the Asian community were lacking.

The idea of a nursing home in Seattle to care for non-English speaking Chinese elderly first surfaced in 1985. Despite the concerns about whether the community would embrace the concept much less support it, a group of community leaders formed the Chinese Nursing Home Society as a response to the need for a culturally-appropriate nursing facility for Chinese seniors. In 1987, they launched Kin On Nursing Home.

“There were moments of doubt, but also a great sense of responsibility,” said Sam Wan, director of Kin On from the beginning, thirty years ago. “The community came together to do it right.”

When Kin On was formed, it leased a space and became the first Chinese nursing home operated by the Chinese community in the nation. It reached capacity with a rapidly growing waiting list within a few years of operations. After a $3 million capital campaign with the slogan “Building Our Own,” Kin On was able to build its own facility. The establishment of its 100-bed, long-term nursing facility in 1996 resulted in Kin On becoming the first nursing home in the nation owned and operated by the Chinese community.

“It was a huge celebration in our community,” Wan said. “Even the local TV station came to see this one-of-a-kind nursing facility.”

Wan remembers the open house was filled with hundreds of community members to appreciate their accomplishment and they stayed for a long time “checking out their new home.”

Kin On continued to grow and expand its services throughout the years. But when given a choice, many elders prefer to age in place in their own home.

In response to a growing number of elderly Asians wishing to maintain their independence and preserve quality of life in a family environment, Kin On created home care and caregiver support services.

“They go to the clients’ home to offer assistance with daily living, housekeeping, errands, and personal hygiene,” said Lam. “And the need for in-home care is growing every day.”

Studies show that most adults — nearly 80 percent — who need long-term care live at home or in community settings, and only 32 percent of caregivers report their loved one gets paid help from aides, housekeepers, or other people paid to help them. One in three caregivers have no help at all—paid or unpaid.

With an aging population, there are more people staying at home and living with chronic disease. But oftentimes there is not enough formal support for caregivers.

“We realize the burden and challenges to take care of a loved one at home,” said Michael Woo, Kin On Care Network Director. “We want people to know we are here to help.”

“We are trying to educate as many people in the community as possible,” Woo said.

Despite years of diminishing public funding, the threat of repeal of the Affordable Care Act, and challenges posed by a complex healthcare system, Kin On has remained steadfast in its mission to serve the elderly along the aging continuum. In 2000s, Kin On began an organization-wide effort to reposition the organization and its services including changes in service delivery and plans for programmatic and facility expansion.

Kin On’s capital campaign, “Creating an Aging-Friendly Community,” was launched in 2014. Phase I of the expansion project includes the addition of a community center and an expanded wing for rehabilitation (rehab) care. With the increase in service capacity, the organization hopes to take a whole team approach to helping the Asian community age well both at home and in their care.

“We want to serve the population at all stages of their individual aging processes,” Wan said.

Kin On Healthy Living Program, which is now offered at the new community center located on the lower floor of the nursing facility, aims to keeps adults, aged 50+, socially, mentally, and physically active and engaged as they age. An array of activities such as Mahjong, table tennis, dancing, arts and crafts, cooking, and health education classes are offered at two Kin On community centers in South Seattle and Bellevue Crossroads.

The expanded short-term rehabilitative and special care services work closely with each patient and their family members to customize care plans and discharge process. Wan said the goal is to help the injured restore and improve functionality, reduce pain, and increase mobility for better strength and balance to transition home.

“We want to help older adults make the most out of life, helping them not to simply exist, but to thrive in a caring and welcoming environment,” he said.

Kin On is currently in the second phase of the project: to build an assisted living facility and adult family home. It will provide additional residential care options that are affordable and culturally sensitive to Asian elders. When completed, Kin On will be transformed from a standalone nursing home to an aging-friendly campus.

As Asians and Asian-Americans make up the largest minority and immigrant group in King County, Wan said it is the Kin On vision to continue meeting  the community needs in a culturally and linguistically sensitive manner while providing seamless access to healthcare resources and facilities.

“We are committed to providing accessible and affordable healthcare and services to the Asian community,” said Wan. “Kin On is dedicated to serve our community, no matter where they might be along the aging continuum.”