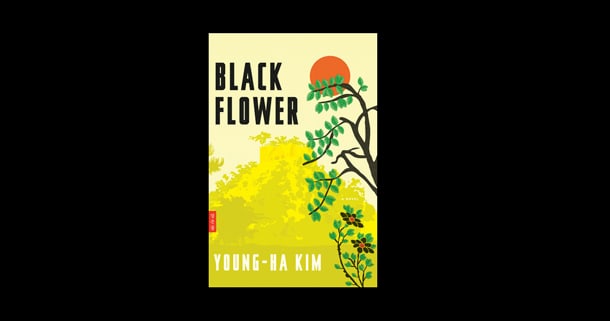 Black Flower, the third novel by Kim Young-ha, recounts a little-known chapter of the Korean diaspora—the transplantation of a thousand-plus Koreans to the henequen fields of Mexico in 1905, the year Japan defeated Russia in the Russo-Japanese War and assumed suzerainty over the last of the Korean kingdoms, Chosŏn. It’s a well-researched book that’s rich in historical detail, surveying not only the jousting among the colonial powers in East Asia but also the early twentieth-century civil conflicts in Mexico and Guatemala. (Kim visited Mérida, on the Yucatán Peninsula, in the spring of 2003, and at one point, realizing he had few names for his Mexican characters, walked the streets of the city asking passersby their names.)

On the other hand, the novel’s large cast of characters leaves it short in character development. The relationship between the aristocratic Yeonsu and the orphan Ijeong is a kind of gender reversal of one of Korea’s cherished tales, of the love between the well-born Yi Mongnyong and Ch’unhyang, daughter of an entertaining woman. The episode of same-sex desire for Ijeong on the part of a Japanese, Yoshida, feels gratuitous unless we read it as a metaphor of the Japanese seizure of Korea in 1910. Kim is at his best describing military men, such as Bak Jeonghun, and the soldier’s mentality. In an Epilog we learn what became of the various characters, in places as far afield as Mexico City, Cuba, Florida, and the Bay Area.

The latter sections of the novel are over-reliant on coincidence, a characteristic pointed out to me by one of the students in my Modern Korean Novel course at the University of British Columbia. Even so, my UBC students found the novel as much of a page turner as any modern Korean novel I’ve taught, on a par with Cho Chŏngnae’s novel of young Korean soldiers swept up in the vicissitudes of World War Two, How in Heaven’s Name.

In an Author’s Note, Kim explains that he chose the title Black Flower because black “is a color created by combining all the other colors. Similarly, everything is mixed together in this novel—religion, race, status, and gender—and what emerges is something completely different” (p. 304). Black is also an appropriate symbol of Kim’s writing life, which has been inspired in large part by a childhood incident of carbon monoxide poisoning that sucked the memories of his own past into a black hole. Recovering the lost history of the Korean settlers in Mexico and Guatemala is perhaps a surrogate for the author’s reclamation of the lost narrative of his own early years. The Koreans in Guatemala also disappeared into that black hole: restoration work on the Mayan ruins in 1991 uncovered “no traces … of the group of mercenaries who had passed through that place, or of the small, insignificant country they had founded” (p. 302).

At the end of his Author’s Note, Kim mentions that in writing this novel, he thought of himself as “a short of shaman.” The literary translator, too, is a kind of medium, who must channel the voice not only of the author but of his or her characters. The more time a translator spends with an author, the more successful the outcome. It would seem that the right shaman to translate Kim’s novels has yet to be found. (His short stories are another matter, as can be seen in the excellent translations by Dafna Zur.) The translation of Black Flower is too literal and wordy and feels wooden; in some passages it seems as if Kim Young-ha has just learned how to write (in fact Black Flower was his fifth book of fiction). The text is littered with words and expressions that appear with much more frequency in literary Korean than their counterparts in literary English. Conventions such as “open one’s mouth” (a common form of attribution appearing at the beginning of an utterance) and “ask back” (to respond to a question with another question) appear to have been translated verbatim from the Korean. At one point the term translate is used when interpret is meant (p. 145).

That the translation survives in its present form is evidence of the editorial neglect that marred Kim’s first novel in English translation, I Have the Right to Destroy Myself. As far as I can tell, the published copy of Black Flower differs only in the correction of a few obvious typos from the advance reading copy I read for this review. Unaddressed are oxymorons such as “became lost in thought for a moment” (p. 142); redundancies such as “bowed their heads” (p. 152); problems with terminology (the burrowing bugs mentioned on pp. 278-79 are the ones my father used to remove from my ears with a burned match head—they’re called ticks); and cultural oddities such as “shamaness” (section 39—the great majority of practitioners of traditional spirituality in Korea are female, and in the Korean language it is the male practitioners who are identified by a gendered term). Another peculiarity is the use of a romanization system promulgated by the South Korean government, instead of the standard McCune-Reischauer system. Mexican names of persons and places are spelled with the proper diacriticals—why not Korean proper names as well?

Kim Young-Ha is an accomplished writer who continues to develop. His short fiction in particular is witty, imaginative, and rich in psychological insight—qualities less evident in the three published translations of his novels. Let’s hope for better with his newest novel, I Hear You, now being translated by the gifted Krys Lee (Drifting House). And it’s high time for a selection of Kim’s short fiction to appear in English.