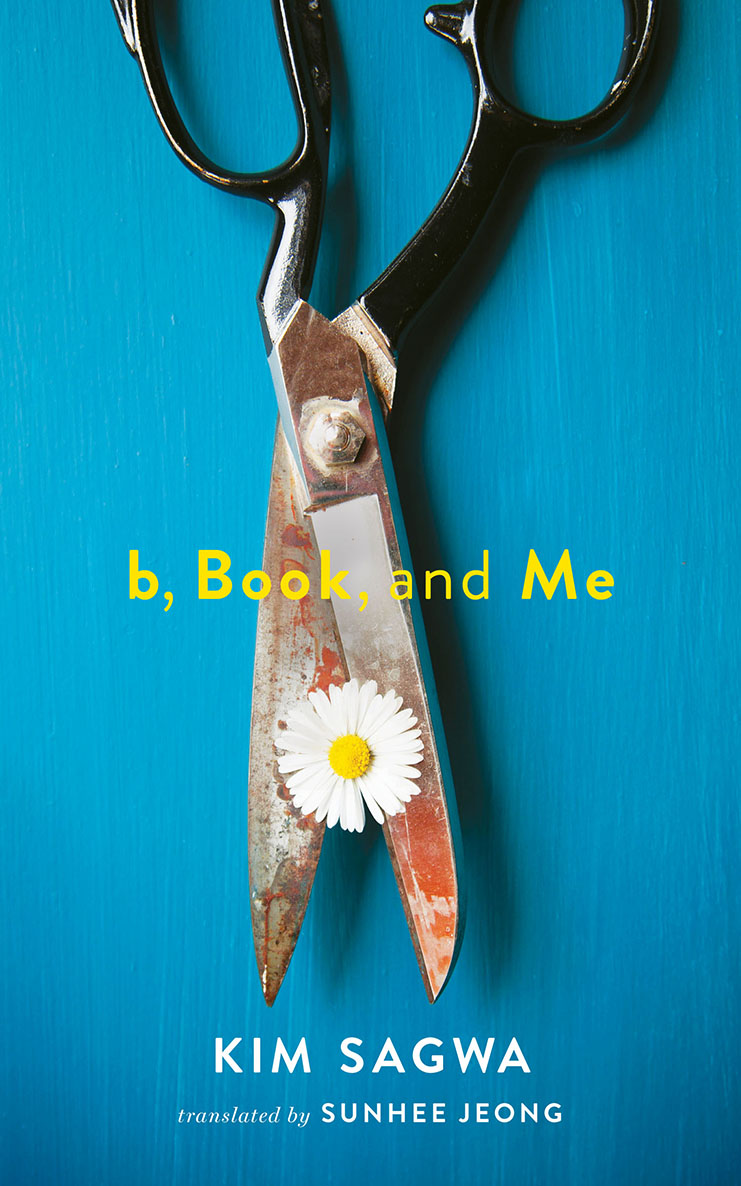 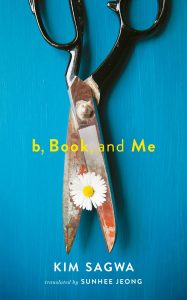 b, Book, and Me, Kim Sagwa’s fourth novel, gives a scathing look at South Korean society through the eyes of two middle school girls, b and Rang Hong. Although they are young adolescents, they both struggle with anger, fear and loneliness as they grapple with problems that are out of their control in a country that is indifferent to their suffering. With nowhere to go and no one to seek help from, they find comfort in each other as two misfits in school and numb their pain by pretending they are oblivious to their surrounding problems. Although they yearn to escape their meaningless and pointless existence, the only avenue afforded to them is the ocean.

Angry at their indifference, their lack of meaningful interaction, and their general lack of interest in being proper parents, she copies their apathy and pretends she doesn’t care about them. Her only source of solace is her Grandma and her stories, and she dreads becoming an adult.

“They are the ones who don’t watch the sky, who no longer think about clouds, stars, seagulls, or the ocean,” she says. “Adults don’t think about the ocean even as they watch it. Their thoughts are full of other things. It’s very depressing to think that someday I, too, would be an adult.”

Because of her dismissiveness toward schoolwork and her unstable performance at school, her teachers repay her attitude in kind by ignoring the violence that plagues Rang’s life on school grounds. Knowing the teachers don’t care about her, athletes from the school’s baseball team vent their boredom, as well as their frustrations with their abusive coach, on her. As they beat her, the depth of her loneliness deepens.

“It occurred to me that everyone was watching me,” she says, as she suffers in silence. “That is: the sky, the school, my teacher, Glasses, b, Grandma, my dad, my mom—they were all watching me, but they all pretended not to. That thought made me sad.”

b is the only person who bothers to save her from the bullies. b cannot fulfill her full potential in life because her family is poor, making it impossible to have a bright future. “Dreaming is expensive, which is why I can’t have one,” she says. She hates and worries about her dying sister. She dislikes the pity she receives from her neighbors and cannot accept their generosity for fear of looking like a charity case. Her parents do not have the time of day for her.

Like Rang, b is angry, frustrated and carries no hope for a better life. She often wishes she could turn into a fish so she could escape. Although Rang has scoffed at the notion, she agrees that “turning into a fish sounded more feasible than living in Seoul,” the city that everyone strives to live in or imitate.

One day their friendship abruptly ends when Rang discloses personal details about b’s life in an essay she reads out loud during their writing class. Though Rang had innocently and honestly stated what she had liked about b, her disclosure brings their stark class differences to b’s attention. From then on, b and Rang are estranged as they try to navigate through their troubled adolescence alone.

Kim, whose pen name translates to “apple” or “apology,” takes an unapologetic look at Korea’s conformist society. Through b and Rang, Kim expresses the fear, angst and hopelessness that pervades younger generations. Although b and Rang have limitations posed upon them, their problems can be overcome with some help and compassion. Kim seems to be making the ultimate criticism here—that the country’s tendency to favor money or intelligence makes them despondent and willingly blind towards those who are in genuine need of guidance and support. She also seems to be criticizing the priorities of adults (and the culture that places these pressures) since they can’t even enjoy the fruits of their hard work, let alone the time spent with their own family.

Packed in a slim novel with no room for obfuscation, b, Book, and Me brings to the surface what seems to be a silent plea for help and compassion in a world that seems indifferent to the pain of ordinary people.