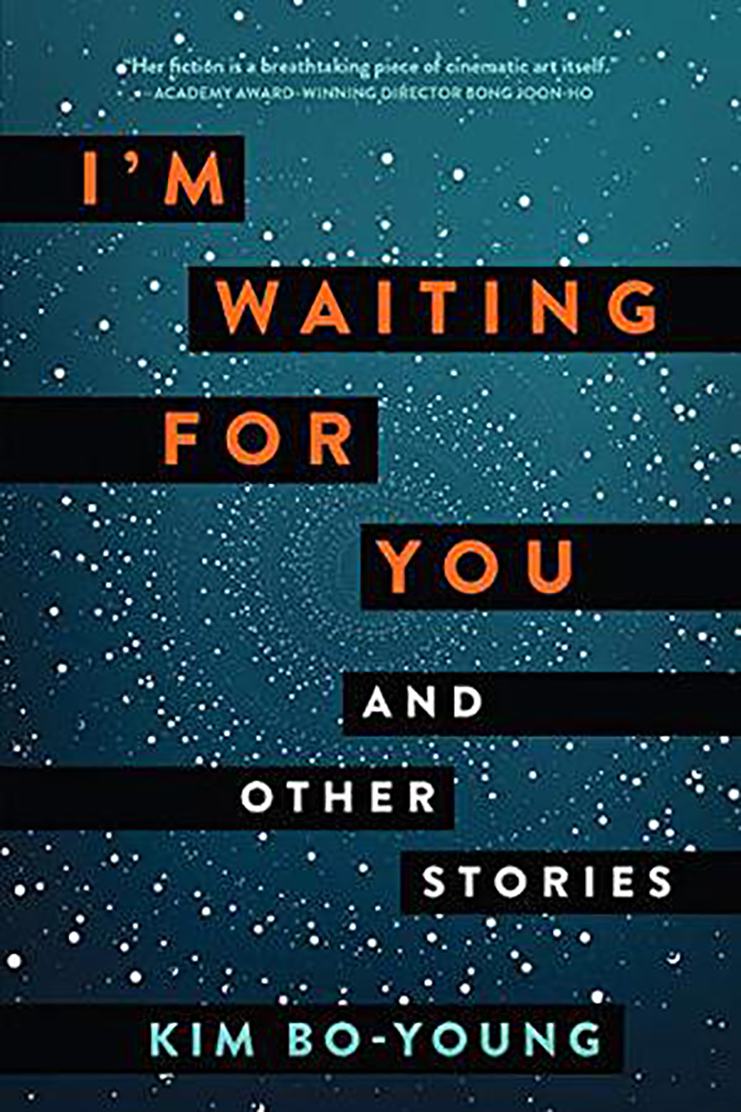 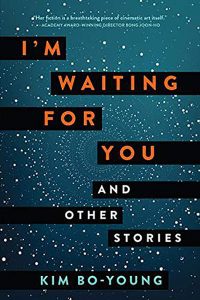 I’m Waiting for You: And Other Stories by Kim Bo-Young, award-winning South Korean author, is a translated collection of short stories that share underlying themes of existentialism, love and hope, space and time, and power hierarchies. Based on the title of the collection, readers may assume that it contains stories of romance, which is partially true, but Kim Bo-Young beautifully utilizes science fiction to explore complex philosophical questions. The collection contains four somewhat intertwined stories that take place in two worlds but can still be enjoyed independently.

The first and last stories, “I’m Waiting for You” and “On My Way”, tell the story of an engaged couple flying in from different interstellar systems to meet on Earth in exactly four years and six months for their wedding. As they embark on their individual space voyages, where time is treated differently, they each run into obstacles that put them decades and centuries of Earth years apart.

Through their letters to one another, readers face the question of: Is time truly a concept? And if it is, can it still take a toll on us? With the seemingly never-ending longing and waiting, the couple’s anxious thoughts waver back and forth. Additionally, they have their own problems at opposite extremes with the fiancé facing extreme loneliness and the fiancée facing an overwhelming community of people. Will their relationship be the same once they return? Will Earth even be the same? What if the future isn’t what they were hoping for? As they question the meaning of their existence and life, is it possible to still have hope left?

The middle two stories, “The Prophet of Corruption” and “That One Life”, explore spiritual and philosophical inquiries as readers get into the minds of God-like beings who question their relationship with beings in the Lower Realm. These stories, along with the final “On My Way”, draw parallels to the role that power and wealth play in societies with dangerous gaps in class hierarchies. I found these middle stories to be more complex to understand in both its world building and underlying meaning but was astonished to see how Kim Bo-Young shows us, through these creatures’ inner consciousness, the Buddhist and philosophical debate of individualism.

If the plots are not enough to draw your attention, what really tied it all together for me were the author and translator notes at the very end. The author’s notes reveal the touching fact that the first and last stories were written for her friend’s real-life proposal. There are even insights from her friends who had the honor of sharing the first story during such a personal, intimate event.

And lastly, the translator’s notes truly instilled a greater sense of appreciation for these stories. Translator Sophie Bowman and Sung Ryu exchanged letters and emails amidst the COVID-19 pandemic to collaboratively work on these translations, despite them individually translating their own stories, with Bowman translating the first and last and Ryu translating the middle two.

Thank you to Kim Bo-Young for showing us philosophical notions through enticing, haunting science-fiction imagery, and to Sophie Bowman and Sung Ryu for seamlessly putting their heads together to allow us to read this masterpiece in English:

“I’m struggling to put it into words, but there’s something in all of these stories that speaks to how small we are, how things can be awful, be gone, or everything completely transformed, but that somehow little things can still matter. I have no idea what havoc the coming weeks will bring, but I’m glad that we joined paths on this voyage, and that we get to carry on travelling forward in time at the same speed, on the same gigantic spaceship.” – Sophie Bowman’s note to Sung Ryu