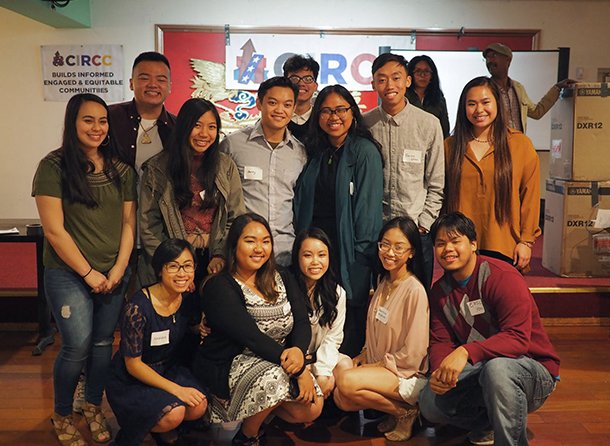 On the third floor of the Ethnic Cultural Center at the University of Washington, a group of students from the Khmer Student Association (KhSA) gather around a large table strewn with worksheets, guiding each other in writing difficult sentences in Khmer, the script elegantly drawn on the whiteboard.

Despite this success and student dedication, the Khmer language class faces much uncertainty. Funded by the Title VI federal grant, re-application for this competitively sought-out pool of money to support the curriculum occurs on a three-year period.

At the start of 2017, major issues arose due to federal budget cuts in education that allocated less funds to the Title VI grant. With the urgent, immediate fear of losing the Khmer language program and potential inability to revive it in future years came the birth of the Khmer Advocacy Project, under president Savannah Son, which is an initiative developed to keep the Khmer language program at UW and specifically sought to make the Khmer language class a permanent budget item so that there is no uncertainty in having to apply every time for funding.

The members aggressively fought for its preservation, circulating a petition that garnered over 3,000 supporters, contacting other institutions with Khmer language programs for letters of support, holding meetings with community members and UW faculty, as well as collecting data to convince UW administration that the program needed to be saved.

The statistics they found provided evidence that there is in fact a stable demand for the Khmer courses. The project’s core team’s focus – modeled off the Tagalog language program that similarly faced threats of disappearing from UW’s curriculum – worked on discerning the importance of native language, especially to scholarship, and its relevance to various fields of studies in order to demonstrate that it is not a language of ‘play’ and ‘unscholarly.’ Had the Filipino community not spoken out in defense against the insinuation made by school administration that Tagalog was an unscholarly language of play, it would not be an offered course today.

KhSA has rallied immense support from the greater Khmer and UW community as well as its members. Students have expressed their passion for this project and for the Khmer language itself, seeing it as the heart to their identity, a mechanism for community building, a push towards decolonization, and a step towards healing.

Andy Hay, a KhSA officer, sees the importance of Khmer language as a way to reconnect with one’s roots. With the Khmer diaspora and immigration away from Cambodia, many were forced or encouraged to learn English to survive and live a better life, often leaving the home language forgotten and simultaneously, the history. “The Khmer language [class] isn’t just to learn a language; it’s to learn about a culture that has been fighting [and staying] resilient,” Hay says.

The idea of language barriers is also a common discussion of concern, and member Ryan Seang addresses the healing from genocidal trauma that has divided families, seeing Khmer classes as an opportunity to bridge the gap between the older generation who cannot speak English and the younger generation who cannot speak Khmer. These relationships are valuable to learning about the past and truly opens the doors to appreciate culture. In the conversation, Seang raised a question of equity as well. “It [Khmer] is part of our heritage and if other languages like Spanish, Japanese, Hindi, Sanskrit and Greek are offered at this University, why not Khmer? Is our language less valuable?”
Currently, the students don’t know for certain what the future of the Khmer language classes will look like. Word has it that it will be offered in the 2018-2019 academic year. As of now, their efforts are focused at having the program housed under the American Ethnic Studies department in hopes that if the grant is not given to the program, they will have a safety net to fall back on and have a way to collaborate for a solution, continuing their endeavors in establishing the Khmer language studies as a permanent budget line item.

Melissa Ouk, a KhSA officer and core team member of the Khmer Advocacy Project, is pushing for answers. “We keep hearing, ‘you have to wait, you have to wait,’ but we want a definite answer…this is important to us. We need the community and students to help; they have the most power to pressure the administration, because the faculty can only do so much and will likely be brushed off.”
There is still hope, though. Hay is especially grateful to see the involvement of other students outside of KhSA and from faculty. “It’s amazing to see how much energy students have to support each other from different cultures and departments…[who] can relate to the struggles and importance of a language barrier and ethnic studies.”

Moving forward, KhSA hopes to see more community involvement for this project. Ouk, alongside many other students, sees the importance of a Khmer class and having it as a permanent course for future students so they do not have to worry about fighting for it. “If it’s lost, that’s another thing that they’re taking from us, and we only have so much,” Ouk laments. “The Khmer community has so little already…because of assimilation, the Khmer language has faded.”