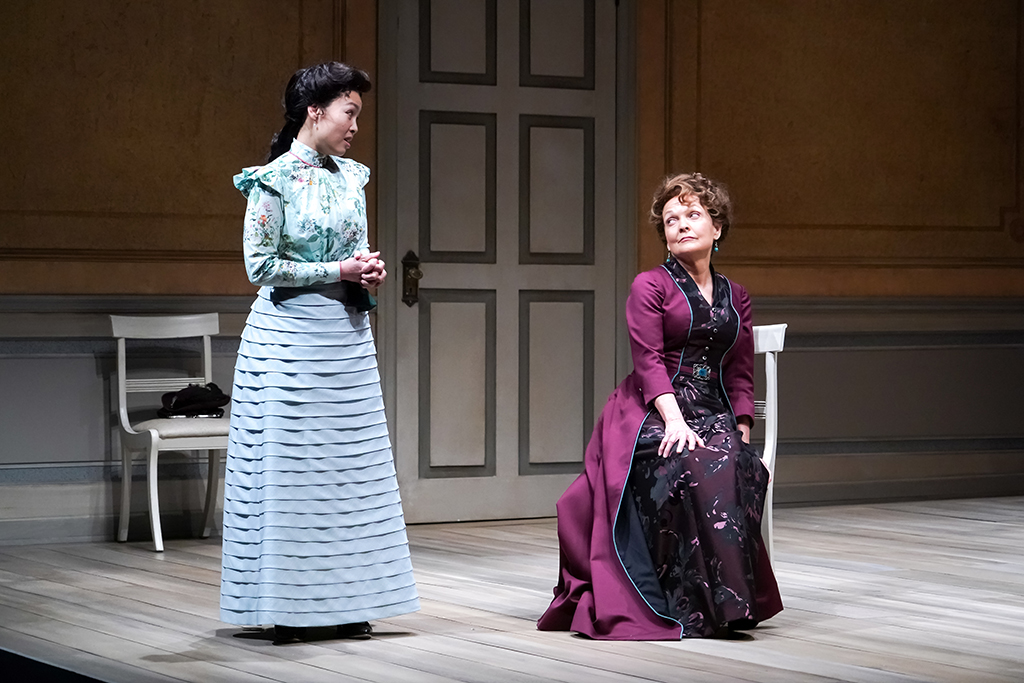 The past two years have been busy for local actor Khanh Doan. When we last talked to Doan, she was performing in ACT’s Core Company, in which she performed in Lauren Yee’s play King of the Yees.

Now, Doan has used that membership as a springboard to new projects. “I ended up going to Baltimore to do King of the Yees,” Doan said. “I also performed in shows at Seattle Children’s Theatre and now Seattle Rep.”

At the Rep, Doan is performing in A Doll’s House, Part 2, which imagines what occurs after the lights go down on Henrik Ibsen’s award-winning 19th-century play A Doll’s House. “When I read the script, I found it very funny, witty and thought-provoking,” she said. “Each character has a point of view on marriage, and you find each perspective compelling.”

In this sequel, Doan plays the role of Emmy, daughter of the original Nora. “In Ibsen’s original A Doll’s House, which premiered in 1879, Nora Helmer comes to question her role as woman in a very patriarchal society,” Doan said, “and ends up leaving her husband and family in order to break those constraints and to find out who she really is.”

But unlike in A Doll’s House, Emmy is no longer a toddler. “Emmy is now 18 years old and a young woman herself, with strong ideas and desires that often contradict her mother’s experience,” Doan said. “Emmy has more ‘traditional’ views of marriage even though she is just as intelligent and strong-willed as her mother, and their scene together is a fun, interesting battle of ideas.”

For Doan, the biggest challenge of this period piece has been the dialogue. “My character is young and smart, and she thinks and speaks quickly,” she said. “The language has a rhythm and pace that is similar to verse, and so it’s quite tricky to perform.”

But working with her director Braden Abraham and the artistic team was helpful. “It took some experimenting in rehearsal to finally find the rhythm,” Doan said. “When I was finally able to drive through the long expanses of text, the ideas clarified, and the comedy was sharper.”

Performing at other theatres around town and around the country has benefited Doan’s continuing work at ACT. “Each year has brought new active members to the ACT Core Company, and we continue to meet, workshop plays, and support each other,” she said.

And that Core Company has plans in the works. “I really enjoy being an actor, and especially working on new plays,” Doan said. “The next play I’ll be working on with some of my core company members is a new adaptation of Dracula by Steven Dietz at ACT Theatre this Fall.”

Until then, Doan hopes that her current production will inspire conversation. “Many differing ideas are discussed with no judgment on which is right or wrong,” she said, “and I think people will leave the show with lots to talk and think about in regards to women’s rights, marriage, love, family, and self-actualization.”