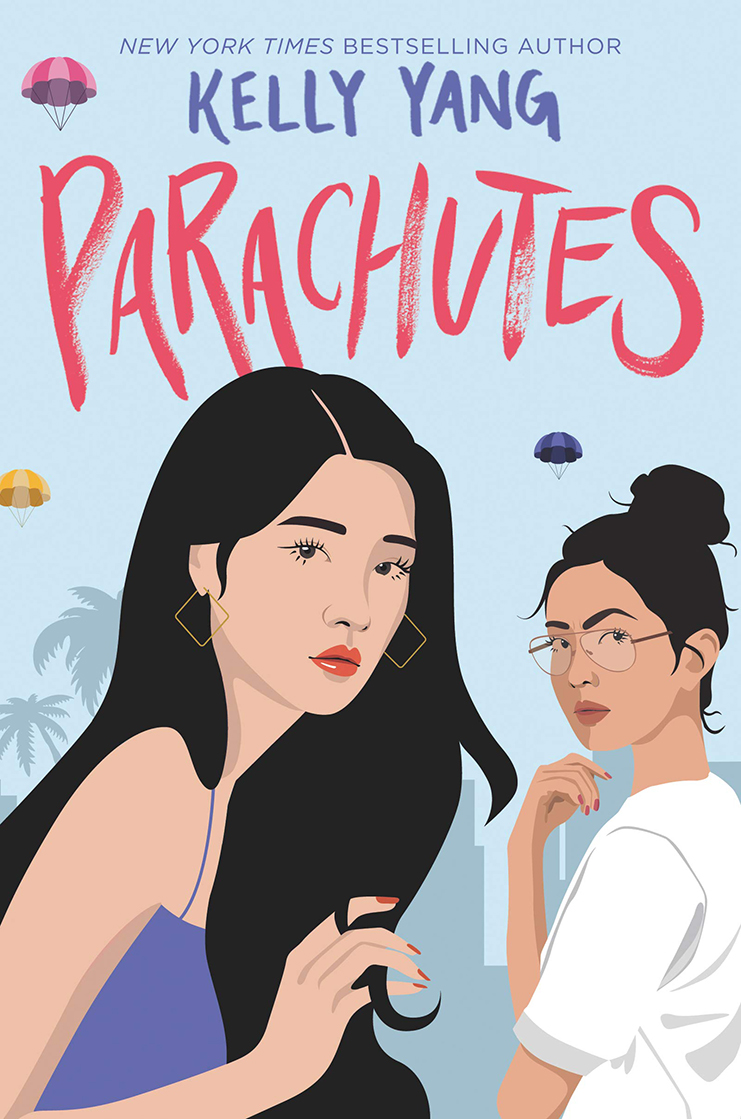 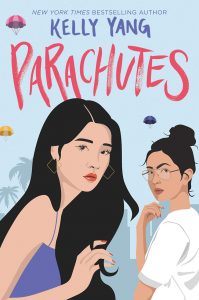 Kelly Yang’s debut young adult novel Parachutes is an affecting story about the courage of young women who carry and uplift one another through sexual trauma and the power of telling one’s own narrative to inspire change.

The novel alternates between the narration of Claire Wang, an 11th grader from Shanghai who was sent to a preparatory school in East Covina, California by her parents to avoid the pressure of the Chinese college entrance exams, and second-generation Filipina American Dani De La Cruz, a scholarship student and star debater at the same school. Claire’s and Dani’s path cross as Dani’s mom, who cleans houses for a living and raises Dani by herself, decides to host Claire to supplement the family income.

Yang offers a nuanced view of power and privilege in relation to the Asian American community.  While Dani and her friend Ming, another scholarship student recruited by the prep school from China, clean houses to make ends meet, Claire and her parachute friends (the term parachute refers to children who are sent to a new country to live and study while their wealthy parents stay behind in their home country) dine out at expensive restaurants and shop at Rodale Drive.  Ming hesitates to report her experience of sexual harassment by her host father because of her limited economic means.  At the same time, Claire learns that wealth does not make one immune to racism and social isolation as she and other parachutes are discouraged from speaking Chinese at school and are assigned to classes that separate them from their American classmates.  Dani provides guidance to both Ming and Claire as they navigate a racist and misogynist culture and soon finds her support reciprocated as she experiences traumas of her own.

At times, the side characters, especially the parental figures, become caricature-like.  Nevertheless, Yang provides much needed voice and inner life to parachutes who otherwise have been turned into stereotypes themselves by mainstream representation.  A must read for young women who are in the process of finding their own voice, Parachutes is a book I would recommend to my daughter when she is older.