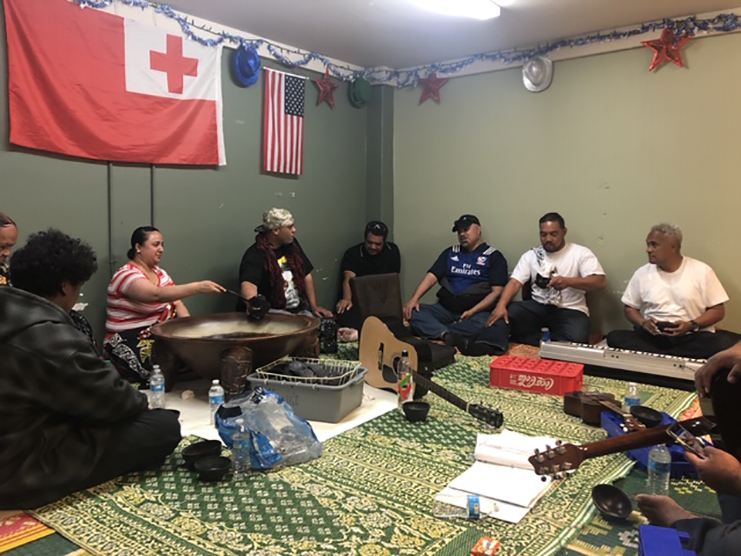 Identity is a universal issue that we all grapple with. Specifically, when it comes to entire communities finding themselves in foreign lands, this narrative is as old as the idea of America. The type of identity that immigrants face coming into the United States is how to become American.

Different groups have had different ways of coping with the American Identity. Some were forced to assimilate, others chose to self mutilate their own heritage to be accepted as more ‘American’, and others have tried the awkward balancing act that is maintaining both your heritage as an immigrant and your nationality as an American. For the people of Tonga, the latter has been the path most Tongan immigrants have chosen, living far from the land of their forefathers and on foreign soils.

One way people have been balancing both being a Tongan and American is through the traditional drink of kava, (Piper methysticum) a ceremonial drink utilized by many cultures around the Western Pacific islands. For Tongans, the drink has a high ceremonial value with the Royal Family in that one cannot be crowned King unless they follow the kava ritual and drink it.

With large numbers of Tongans immigrating to new lands such as Australia, New Zealand and the United States, to chase opportunity, kava has become what Tongan community leader and Seattle/Los Angeles-based entrepreneur Ni Fonua calls a “vehicle for our heritage.”

With the mass immigration of Tongan people, Fonua says that the use of kava has evolved due to the diaspora. According to custom, the kava represents the land of the Kingdom of Tonga. Fonua explains, “You’re not Tongan until you drink kava. So when the King drinks kava, it represents the fiber of Tongan society as a kingdom.”

When Tongans began immigrating to America, particularly Hawaii and the West Coast, everyday life was culturally shocking compared to the agrarian lifestyle of the islands.

“This is a world run by money,” says Fonau. “Everything is materialistic, and that’s night and day from the society in Tonga. Everything [in Tonga] is communal.”

Tongans would come together usually at church. The men would get together talk and reminisce over a bowl of kava. Kava evolved from its formality into a new casual escape from the realities of the fast-paced American lifestyle. These gatherings are called kava clubs or kalapus.

The motto on the Coat of Arms for the Kingdom of Tonga is, “Ko e ‘Otua mo Tonga ko hoku Tofi’a,” meaning “God and Tonga are my inheritance”. No matter where Tongans go, they believe that they will always have both with them. Also because kava symbolizes the land, when you drink a cup of kava, you are drinking the land, partaking of your inheritance. Fonua says, “Kava bridges that geographic gap, the ocean. Kava bridges that gap for us Tongans mentally, and it’s a way to feel Tongan again.”

These kava clubs have become a safe haven in this new alien land and culture for Tongans. Kava clubs have turned into community centers and have helped support and sustain churches, schools and individuals through fundraisers. According to Fonua, kava clubs here in Seattle and throughout America, raise up to $5,000-$10,000 a week. Kava clubs have been vehicle for Tongans as a social ceremony to practice unconditional Christian compassion.

“You can be a guy who just arrived here in Seattle, without knowing anybody. You can walk into a kava club and ask for a collection for you. They’ll tell you, ‘a Monday or Tuesday, people will gather to drink kava to talk and to help,’” says Fonau.

Traditionally, kava clubs are filled with those Tongal cutlure consideres traditional providers of Tongan families – fathers and husbands stressed from the days of work. However recently, there have been a number of kava clubs for women. Fonua remarks, “This is just to show you how much kava has evolved.”

Tongans have learned to balance both their heritage and their new nationality by transforming an ancient tradition usually reserved for ceremonial occasions into one of communal, social and economic support for the community in unfamiliar lands.