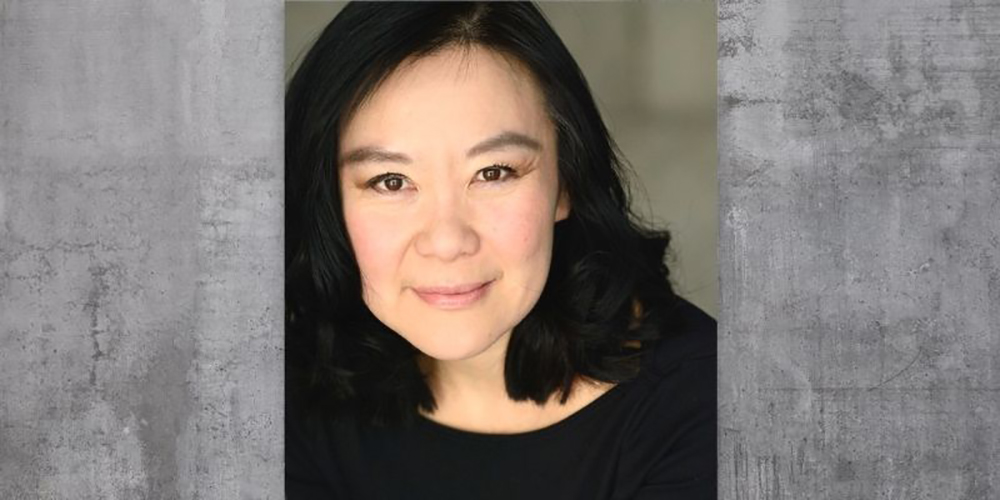 Local theatre artist Kathy Hsieh can often be seen onstage and backstage, as well as found behind her desk as a City of Seattle Cultural Investments Strategist, planning arts funding for regional creative activity. But last month, Hsieh graced a different stage: the Seattle Town Hall, for her community workshop entitled “An Abundance Mindset: The Antidote to Racism.”

This workshop was based on a training Hsieh created 10 years ago. “I honestly believe that all the principles related to an abundance mindset are the ones that have truly turned my life around,” she said.

The abundance mindset counters what Hsieh describes as the scarcity mindset, one of the foundational building blocks of structural racism and inequity. “It’s designed to keep those in power and wealth at the top at the expense of everyone else,” she said. “It’s so ingrained, that many of us simply believe this is the way things are and don’t realize that this isn’t how things have to be.”

The scarcity mindset, Hsieh illustrates, is the foundation of structural racism. “It’s what leads people into thinking that the only way to get ahead is to keep others down and an us-versus-them mentality,” she said. “It’s the scarcity mindset that leads to the divisiveness that we’re seeing in our country, because people believe that if someone gets a bigger piece of the pie that means everyone else has to fight over the crumbs.”

But scarcity is not, for Hsieh, a foregone conclusion. “An abundance mindset believes that if we all work together, we can figure out a way to bake enough pies for everyone,” she analogized. “It’s the belief that the world is full of possibility and the best ideas/outcomes build from working, sharing, creating with others, of working together collectively. It leads to creativity, generosity and allyship with others, of sharing power and being in community with each other.”

Her twin goals are to center an asset-based framework and to find strategies to eliminate the sense of competition. “I work with community and specifically with immigrant communities and with people of the global majority on how to make things more racially equitable,” she elaborated. “Both of these recommendations also align with an abundance rather than a scarcity mindset.”

This particular session originated from a conversation that Hsieh had with Shin Yu Pai, who was recently programming racial equity trainings at Town Hall. “She came to me and asked if I had ever done a training on scarcity mindset,” Hsieh relayed. “She felt that it’s what often gets in the way of people and organizations from becoming more anti-racist.”

Hsieh agreed. “Even though inequity is systemic, the only way we can change the systems and structures that we work within is through individual action,” she said. “So if more people can gain greater awareness as to what is preventing us from and also what can move us to greater equity, then that’s what will get us to where we need to be.”

She hopes that individual actions coalescing collectively is moving closer to the tipping point of creating change. “The pandemic, as challenging and tragic it has been for so many, did open up a window into greater awareness by far more people as to how racialized and inequitable our country has always been,” Hsieh observed. “And locally in Seattle, it has translated into a greater percentage of people interested in learning how they can be part of the solution instead of the problem.”

This Abundance Mindset workshop was held both in-person and online. “Ideally, having all the participants in-person creates more traction and engagement,” Hsieh said. “But so many people have gotten used to virtual trainings over the past two years, it’s still hard for everyone to want to go out.”

Town Hall originally proposed the workshop to be in-person only. “But I really wanted to make sure it was accessible as possible and wanted to try to adapt my training so that it could work as a hybrid opportunity,” Hsieh said. “I was so appreciative that Town Hall’s staff was willing to try.”

Overall, Hsieh was pleased with how the dual format worked. “This one had break-out rooms and small group discussions plus interactive polls and different activities, though I did have to cut down on some of the interactivity to make it more manageable,” she said. “We set up microphones in the room so that anyone asking a question or responding to something in the room could be heard online and we broadcast any response online so that those in the room could hear. Town Hall set up a big screen so that everyone in the room could see my screen and I had an online assistant and an in-room assistant to help me monitor the chat and the sound.”

The feedback so far has been positive. “I actually did have a number of people reach out to me after the workshop,” Hsieh reported. “Most of the feedback was about how inspiring it was or how it came at just the right time in their life and was exactly what they needed to hear.”

Although this workshop was a stand-alone inspirational session, Hsieh believes her ongoing anti-racist work has had an ongoing effect. “I offer presentations, workshops, learning cohorts and talks all over North America and last year even one for a company in London, all of which connect with how to create greater racial equity in some way,” she said. “The way I track whether they have impact or not is that almost every invitation came from someone who had heard me at a previous event and how impactful the strategies I’d shared had been for their organization and work.”

Hsieh also loves hearing stories about how her ideas have been put into practice. “The greatest compliment is when organizations from throughout the U.S. and Canada share that they have taken the programs, tools, guidelines, and other resources I’ve created as the template for their work,” she said, “and how this has created greater equity and access for a greater diversity of people in their organization, city or region.”

But Hsieh’s work doesn’t stop here. Next up, she’ll be following up on her performance as Bella Manningham in Sound Theatre Company’s production of Gaslight (Angel Street) with a workshop on July 24 about gaslighting, a form of psychological abuse in which in a person is encouraged, for malicious purposes, to doubt their own perceptions, memories, or sanity. Hsieh will focus on ways to know when gaslighting might be happening and strategies for dealing with it.