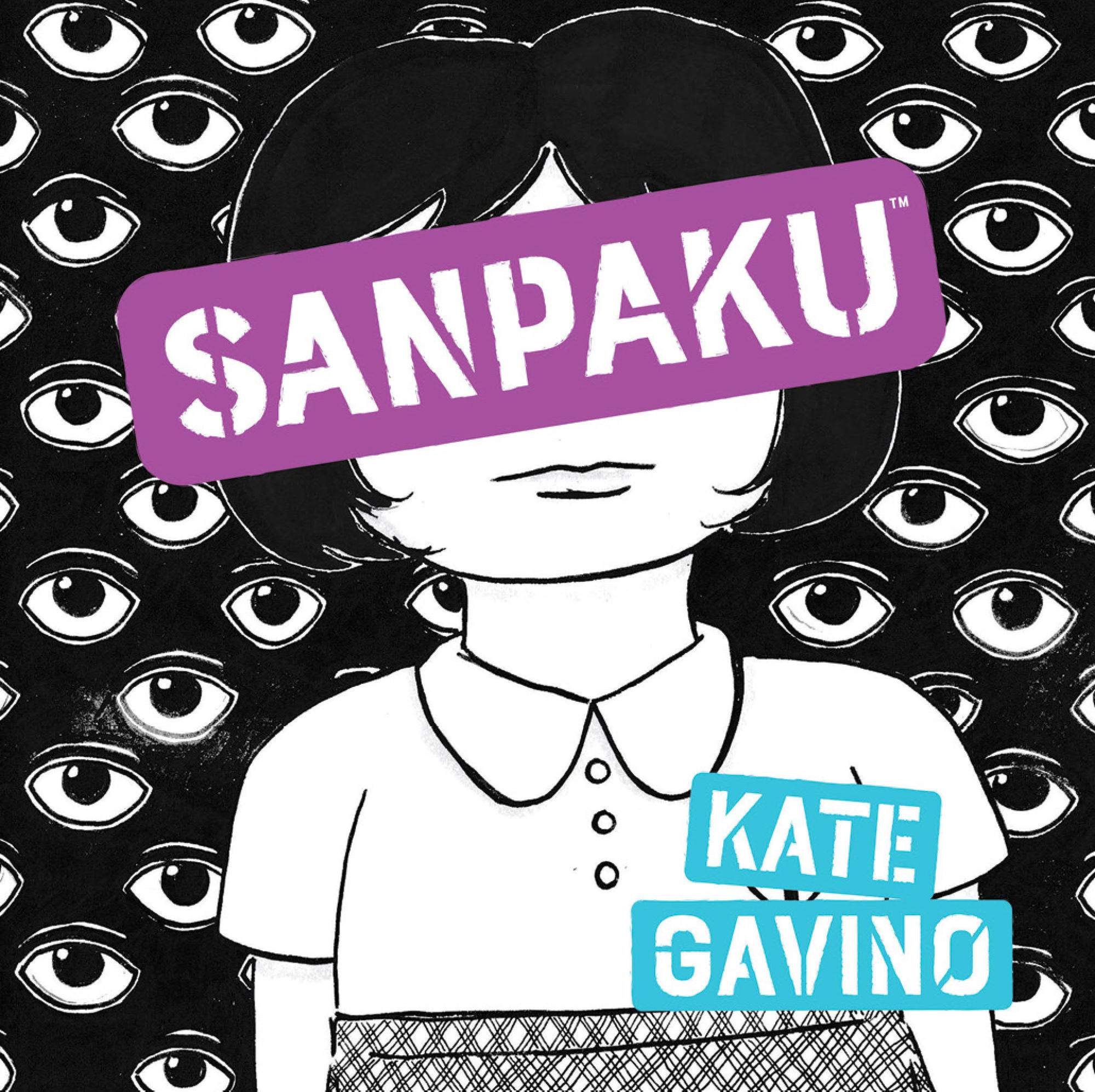 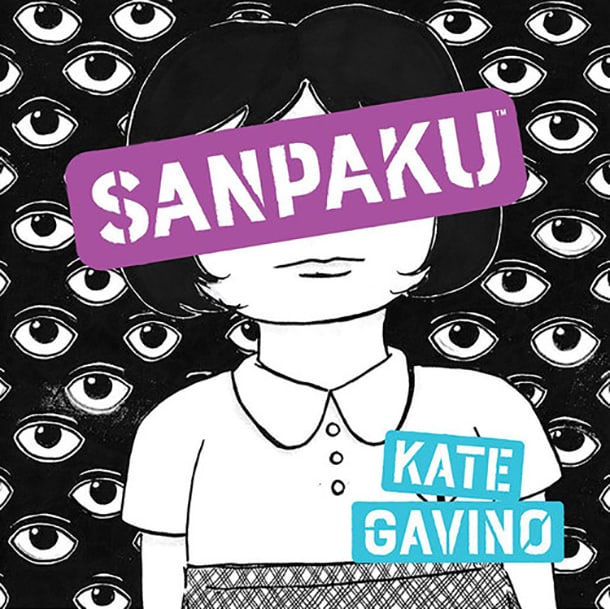 Inspired by her upbringing in Texas, experience attending a Catholic school, and her religious immigrant family, Sanpaku, written by writer and illustrator Kate Gavino, depicts the story of the impressionable 12-year-old Marcine, who becomes obsessed with the Japanese idea of sanpaku after learning about it from her lola (grandmother). Sanpaku, which literally translates to “three whites” – referring to the whites above and below the pupil, is said to be a bad omen.

When Marcine notices it everywhere, including her lola (grandmother), classmates at school, and even pop stars – she tries to do whatever it takes to save her and her lola from sanpaku, including eating a macrobiotic diet, keeping track of each other’s chewing and meditating. Unfortunately, doing all of this does not save her beloved lola, nor does it make school any easier for her. Marcine becomes more obsessed with the Japanese idea, feeling the need to share her knowledge of it with others.

Through a series of vignettes, Marcine goes through the journey of dealing with various insecurities one has during adolescence. After going to Viet Hoa (the international market) to replenish her supply of macrobiotic foods, she gets caught stealing by the manager and subsequently convinces him to hand her a job catching shoplifters. While in the manager’s office, she meets the manager’s son Kip and notices that he too, has sanpaku. From that moment, she decides to help him by teaching him all she knows about sanpaku.

During this period, she learns about her lola’s past, encounters a strange dispute between Selena fans and Filipino-Americans who are competing with who will having their respective “saint” canonized, and has a sexual awakening. In the end, she cleans out her room and decides to throw the book You Are All Sanpaku away, but decides to keep a few important momentos. At the end of the day, Marcine is just a confused girl who just misses her lola and is still trying to figure herself out.

As Marcine hits that age of adolescence where she is figuring out who she is and what to believe in, she discovers new ideas and experiences. Clinging and obsessing over the idea of sanpaku gives Marcine something that she can call her own to believe, but once she realizes that everything that she is doing to prevent her own impending doom is just a doesn’t really work, she gives it up and continues on with life.

The beautifully illustrated book, with its intricate patterned background reminiscent of origami paper, and stark black and white images, creatively tells the story of an imaginative girl who is trying to come into her own.

As an introverted Filipina-American myself, reading Gavino’s book definitely struck a chord. The little details that were included in the story, from the brown stringed scapular to Marcine’s lola’s friends gossiping and saying “hay naku!” — were all memories and objects I also had growing up. Having the backgrounds of each panel be heavily detailed and patterned interestingly made the subjects of each panel stand out more. Sanpaku is a fantastic read for folks of all ages, and has the perfect balance of cynicism, humor and sentiment.

You can hear Kate Gavino speak about her book, Sanpaku, on Thursday, August 30th at The Elliott Bay Book Company on 1521 10th Avenue. Event starts at 7pm. For more information, visit https://www.kategavino.com/sanpaku/