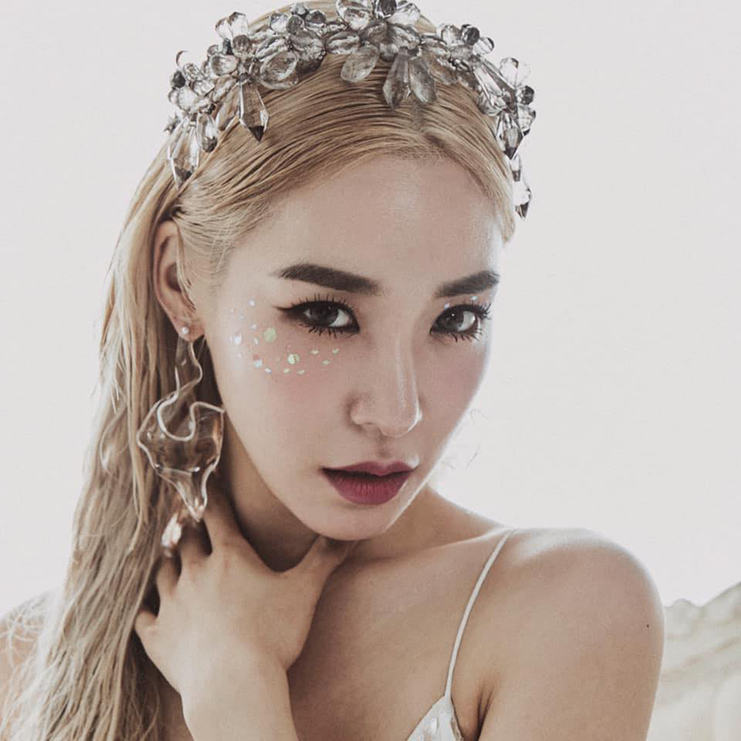 Tiffany Young is bonafide k-pop royalty and her American homecoming was a long time coming – these two statements are not mutually exclusive. Let’s get this out of the way; while she did not renew her contract with SM Entertainment, she is still very much part of Girl’s Generation and is determined to be there for her girls, even when making her debut stateside.

Young returned to her native California in late 2017 to study acting and launch her solo career – this time working with Transparent Arts, a record label led by Far East Movement. She released her EP, Lips On Lips, in January, and embarked on her first solo showcase tour this month! Seattle happened to be in right in the middle of her touring schedule.

A whole decade of training, non-stop promotional, and sold-out arena tours have turned Young into a phenomenal performer. This does not mean that she’s robotic, but rather, performing is so natural for her, it’s impossible to imagine her with any other calling.

The 29-year old performed all the songs from her EP, Teach You, several songs in Korean (both from her own and Girls’ Generation’s discography), and covers. My personal favorites were “Teach You” and “Born Again”. Regarding the former, who doesn’t love a song about being scorned in the name of love? “Stupid stupid boy / Should have stuck with toys / Don’t go playing hearts / Shouldn’t have to tell you that part.” If you haven’t listened to this song, I would suggest you do so at your earliest convenience, it is THAT catchy.

During “Born Again,” Young visibly started tearing up. It didn’t help that the we all held up signs with a line from the song, “your love is like a higher power.” Young conquered South Korea’s music industry and took the world by storm in Girls’ Generation, but this time, she’s making it entirely on her own, and has been experiencing plenty of industry firsts as a veteran – first red carpet, first lengthy solo radio interview, first time seeing herself on a billboard in Times Square. It takes a lot of courage to start all over again, and this song exposes her passion for sharing her music with a wider American audience, even if it means starting all over again.

No concert would be complete without crowd involvement. Three young women were chosen to sing “Not Barbie” on stage, a song that described Young’s struggle with fitting into mainstream beauty standards, and how she grew to become comfortable in her own skin. They were understandably a bit shy and in awe, but warmed up quickly – hearing them sing “I’m good, I’m good, not Barbie” made my heart melt, I almost cannot believe we all got to witness such a tender moment between Young and her fans.

After a brief break, Young emerged once again to begin the Q&A. Her team compiled questions from Twitter complete with fans’ handles, which was a nice touch because she did read them out and try to make eye contact with the fan who submitted the question. She had plenty to say about representation, and is committed to speaking out, and took time to emphasize that representation goes beyond wanting Asian American faces seen, and that we should strive to be in a space where we can all be seen – “representation and awareness is something that is created through unity and togetherness, I am so happy to see so many different, beautiful faces.”

Compared to her Girls’ Generation on-stage persona, she’s definitely a little saucier, sassier, and more…real as Tiffany Young – she drank on stage for the first time in her career (vodka with Red Bull – a couple of fans bought it for her) and mentioned that she likes “keeping shit real,” but those are mere footnotes when you take into account how thankful she was to her fans for supporting her through her homecoming. She gave us her all during our time together, but still felt that it wasn’t enough, and promised us that it was just the beginning.

Before the last two stops (San Francisco and Los Angeles) in her first solo tour, she attended the iHeartRadio Music Awards for the first time – and walked away with the Best Solo Breakout Award. As if you needed more proof that you’re in the presence of of a true queen.

P.S. She did chug the rest of the drink down before exiting the stage, and the crowd couldn’t have cheered louder.