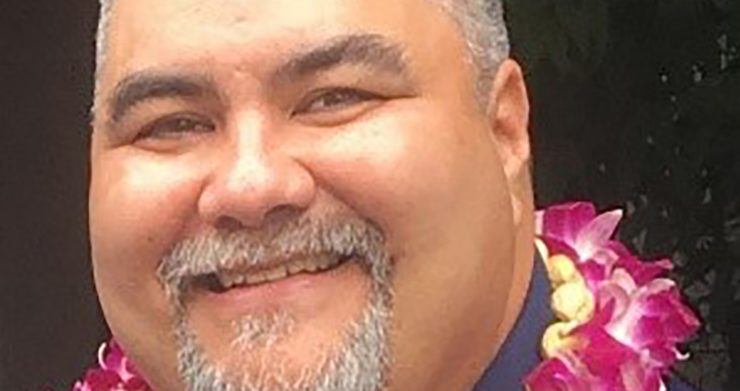 In February, Judge Fa’amomoi Masaniai broke ground and became the first judge of Samoan heritage to serve on the bench anywhere in Washington state, according to King County. He was appointed to the King County District Court bench to fill a vacancy in the court’s Southwest District.

As he transitions into serving as a judge in the largest limited jurisdiction in the state, Masaniai has received an outpouring of support from places as far away as the U.K. and New Zealand — and especially from the local Pacific Islander community.

“The Pacific Islander community is very supportive and they’re very proud,” he said. “I’m very honored I’m able to showcase not only our culture, our people and our heritage, but showing that hard work and being blessed and staying focused and networking, you can get up to this kind of position or even farther.”

Masaniai has argued cases in district and municipal courts in Washington, in United States District Courts in the easter and western sides of the state, in the United States Bankruptcy Court, and in courts in American Samoa.

Masaniai grew up in a low-income part of San Francisco’s downtown area. Masaniai’s parents, siblings and grandmother, as well as his great uncle, his wife and their two children, all lived squeezed into one apartment.

“Our families had moved from Samoa to here to try to live the American dream and try to establish themselves,” Masaniai said.

Masaniai’s aunt and uncle moved to the Seattle area after one of his cousins received a scholarship to attend the University of Washington, and Masaniai would visit them there. After living surrounded by concrete in San Francisco’s inner city, they all fell in love with the greenery of the Pacific Northwest.

Masaniai moved up to White Center and attended Evergreen High School, graduating in 1987.

“We didn’t have much, but we still were a close-knit cultural Samoan family,” he said. “We never went without, because we had each other and we were able to watch over each other and take care of each other.”

Masaniai has been married for 13 years. “Now we have our family, and we keep the same kind of mentality,” he said. “We are a very close-knit family, we stay together and we support each other.”

Masaniai said his upbringing taught him how social and economic structures can make it difficult for people to achieve success on their own — and how important it can be to rely on family.

“Growing up in the poor parts of two different major cities has really helped me understand the struggles people go through,” he said. “I know them, as I watched from the bench and worked as a public defender.”

After high school, Masaniai wanted to be a pilot and joined the ROTC program at Washington State University. After a year, he changed his mind, and set his sights on becoming a police officer like his uncle in San Francisco, who worked in the department for 30 years and would tell stories about working vice, major crimes and homicide cases. But this career wasn’t to be either.

After graduating with a degree in criminal justice, Masaniai worked in airport security, as a bouncer in Seattle, including at strip bars, and eventually at a golf course in Tukwila.

Eventually, he started volunteering in the Tukwila Municipal Court, and worked his way up to becoming in-court bailiff for judges.

He worked for a succession of judges, and would always have questions for them after cases. They told him to review the case law, and encouraged him to apply for law school.

He was put on a waiting list for Seattle University’s program, but when the time came, “I just didn’t have the money,” Masaniai said, and he was reluctant to go into debt.

Judge Scott Stewart, who served as Court Commissioner for Tukwila at the time, offered to mentor Masaniai through the APR 6 law clerk program, an apprenticeship program that can serve as an alternative to law school.

For four years, Masaniai underwent the rigorous program, getting practical experience working as a clerk for 30 hours a week, while learning the law school curriculum and qualifying for tests. At the end, he passed the bar exam and worked as a public defender in Judge Stewart’s office for two years.

In addition to working in municipal and district courts during his career, Masaniai was appointed as a federal independent prosecutor, assigned by the High Court in American Samoa to prosecute human trafficking, immigration fraud and corruption in American Samoa. He also worked on domestic violence, sexual assault and white collar crime cases.

He also worked in juvenile prosecution adjudication, which involved working with alleged victims to try and get them counseling, helping them understand that what happened to them was not their fault.

Masaniai looks forward to seeing more Pacific Islanders like him rise to influential positions in government.

“I would love to see some young Samoan, Pacific Islanders not only become judges or attorneys, but how about Congressmen, how about Representatives on the state and federal level? I think that would be great to see that in the future.”

Having achieved his dream of becoming a judge after life telling him ‘No’ for years, Masaniai is eager to offer hard-won advice for anyone working toward far-away goals.