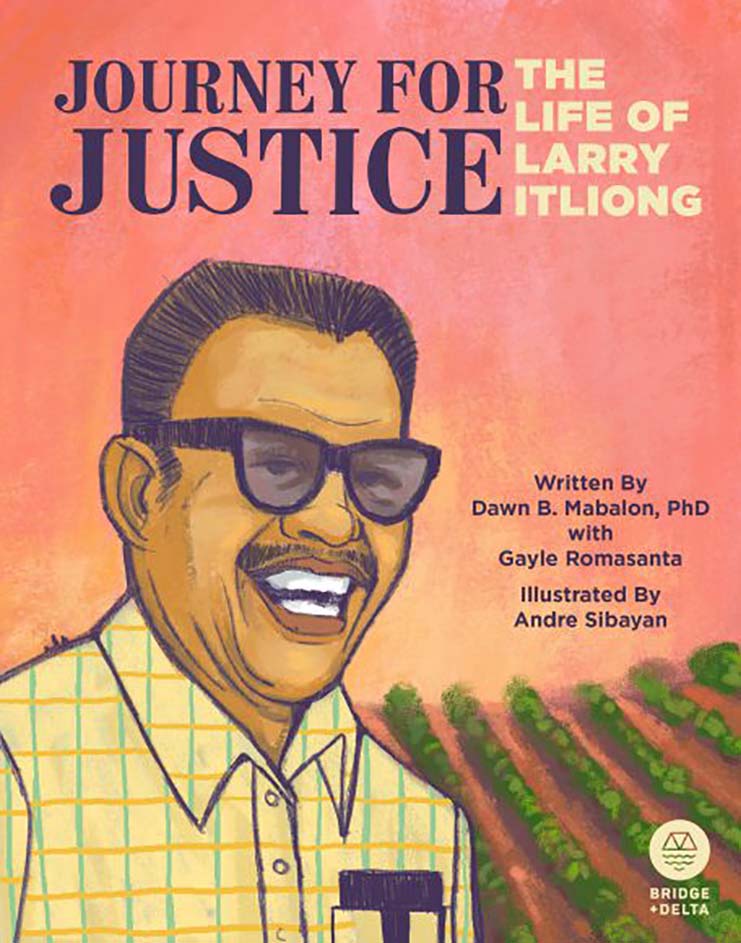 It is well known that children’s literature has a powerful ability to provide impactful and long-lasting lessons on its target audience. They can make our youth smile, laugh and feel empathy for the people whose tales are told within. Yet, we rarely see juvenile literature also be biographies of historical figures. And when we do, we don’t typically see representation of people whose complex story of hardship and leadership is packaged into an understandable way for its target audience.

Dawn Bohulano Mabalon, Gayle Romasanta and Andre Sibayan’s Journey for Justice: The Life of Larry Itliong is one notable exception. Their book tells the story of labor organizer Larry Itliong, an incredibly important figure in Filipino American history, highlighting his struggles and triumphs to a generation born decades after his time but continue to be impacted by his work to this day.

It is clear from its beginning that Journey for Justice is a well-researched tale that serves a strong educational purpose. Supported by the detailed bibliography that can be read at the very end, every beat of the authors’ coverage of Larry’s life – from his time growing up in the Philippines, to the very first ruminations of his passion for activism, to his leadership in the Delano grape strike – is covered in succinct detail.

However, its attention to telling a story supplemented by the many aspects surrounding Larry’s work and personal life does not drag it down to the point that it is not simple enough to understand for its audience. Rather, the book is clear and forthright in its portrayal of the farmworkers’ rights activist. While his journey may have been long and complicated, Mabalon and Romasanta excel in breaking down his story into an incredibly engrossing tale. Supporting their writing is Sibayan’s gorgeous artwork, which depicts scenes from Larry’s life in their stark beauty – from a steamship carrying hundreds of hopeful Filipinos to the U.S., to workers toiling away in the fields, to Mexican and Filipino protestors standing side by side as they march together, among so many other notable moments.

One of the book’s biggest strengths is its identity as a clear labor of love from the community that Larry fought for. Mabalon, Romasanta, and Sibayan have worked together to craft a story very much intended to be shared, as one of its final lessons told at the end of the book advises its reader to take action in Larry’s honor – to tell his story to others, to get involved in their local political scene, and to fight for healthy working conditions for every person in the labor force. The creators of Journey for Justice have made a perfect storybook with the intention of being shared to all, as Larry’s journey is one that must be told.

Although this book is intended for a younger audience, it is very much suitable and recommended for a reader base of all ages. Its nature of being able to be easily read and understood helps it in its capacity as a teaching tool for anyone who wishes to learn about Larry Itliong and the causes he fought for.

As Journey for Justice tells, we all have a duty to spread the story of a man whose involvement in the farmworkers rights movement – one of the most important civil rights movements of the 20th century – is somewhat obscured in mainstream depictions of U.S. history.