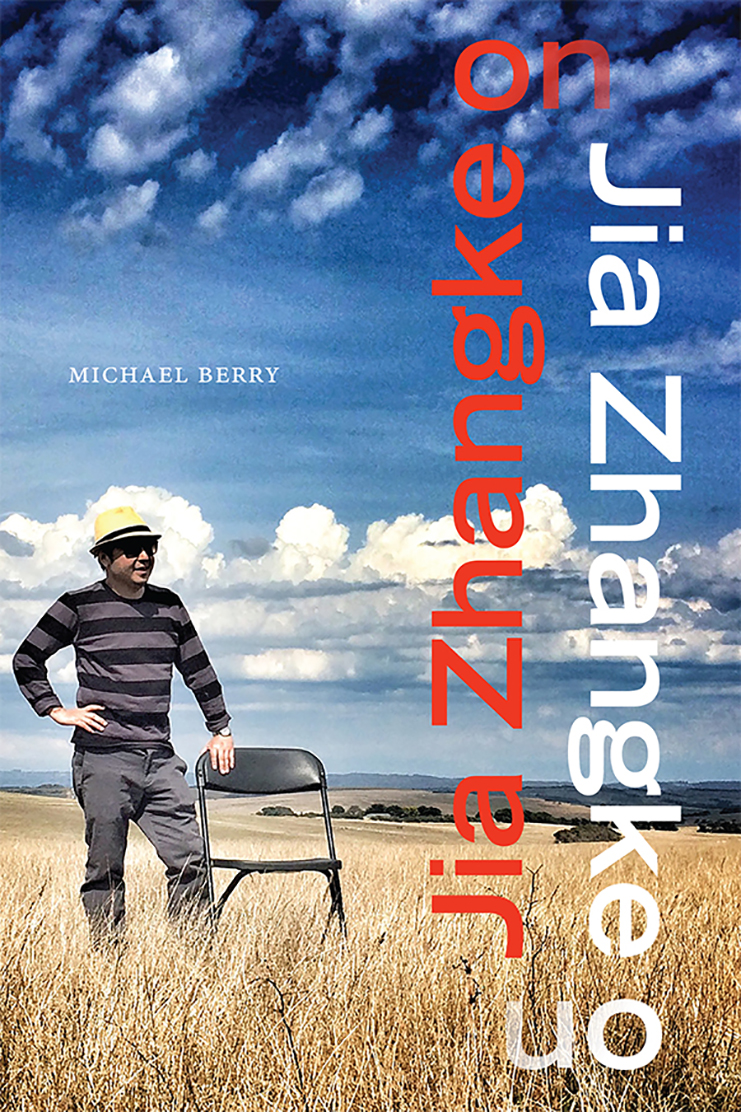 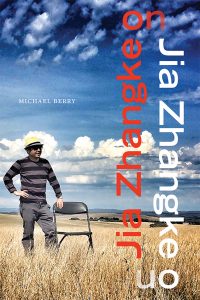 Known to cinephiles in the United States as the most prominent Chinese director of the so-called “sixth generation” working after 1989, Jia Zhangke is also something of a public intellectual in China.

In this book of interviews, Jia Zhangke on Jia Zhangke, consisting mainly of conversations with Michael Berry at UCLA in 2018, we encounter him as a lively, entertaining storyteller and an articulate thinker. Berry, who has been writing about Jia’s work for two decades, provides an introductory essay situating Jia in Chinese film history and giving account of his major works. Subsequent chapters proceed chronologically, treating themes that arise in connection with each period of filmmaking. By capturing Jia’s lively discussion and anecdotes (Berry dutifully tells us when Jia laughs or the audience at a public conversation cheers), he presents a vivid and moving portrait of Jia as fiercely intellectual, literary and introspective, as well as a humorous and inspiring model for film students.

Early in these interviews, the filmmaker says that characters’ relationships were his entry point into making films like Xiao Wu (aka Pickpocket, 1997). He suggests that to adequately understand something, we must understand its relations – personal, economic and historical.

One reason to recommend this book is that it likewise places Jia’s films in a wide range of contexts and relations. Opening with a discussion of Jia’s youth in the provincial city of Fenyang, Berry sets him in relation to filmmakers of the preceding generation, such as Chen Kaige, whose Yellow Earth (1984) Jia credits with his realization that films could be something other than propaganda. Growing up in Fenyang, a point of contact between the countryside and China’s urban centers, gave him a privileged position for chronicling China’s urban migration.

The conversation communicates a sense of the excitement produced by the influx of foreign literature, music and film: Freud and Nietzsche, pop music from Taiwan and Hong Kong by singers like Teresa Teng and Sally Yeh, and an eclectic mix of American films and television programs.

In a characteristic anecdote, Jia tells how he watched the American film Breakin’ (1984) over and over and learned break dancing, then lied to his parents so that he could travel north with a dance troupe. This experience would provide some of the basis for Platform, the 2000 film that follows another troupe through the reform era of the 1980s. These cultural contexts and personal stories offer readers one way into Jia’s films.

Jia often returns to Fenyang – most recently in his 2020 documentary Swimming Out Till the Sea Turns Blue, which he discusses in a later interview appended to the book. But his historical and geographic scope is broader, though always anchored in an almost documentary attention to local detail; the city of Fengjie prior to its flooding as part of the Three Gorges Dam construction and the Chengdu factory of 24 City come to mind.

‘Reality’ is one of the words that recurs most in these conversations, and Jia gives an accessible account of what it means to him to produce a “sense of reality.” His approach to realism brings together many of the other threads running through these interviews, like his work with professional and non-professional actors, his long-time collaboration with cinematographer Nelson Yu Lik-Wai, and the relations between his documentary and narrative films.

Discussing some later films, Jia says that even his use of genre film elements aims at this same sense of reality. He contrasts his approach with the later works of the preceding generation of Beijing Film Academy graduates like Chen Kaige and Zhang Yimou: where they have leaned toward filmmaking based on legendary and literary sources, his film A Touch of Sin (2013) uses martial-arts film conventions to suggest that “classical layers of meaning that had been with us for so long are now gone.” The historical changes he has lived through and depicted have called for new approaches like this film’s four stories drawn from news headlines across China, which he says fulfilled his need for “a new structure to interpret this era.” So too, in Mountains May Depart (2015), the historical reach extends over decades and into the future; only through such a comprehensive historical perspective is understanding possible. This does not entail an omniscient perspective, though, and the interviews give detailed examples of how he uses fragmentary views reflecting the way people see and understand each other in life.

Jia tells Berry, “Besides innovations in cinematic language, perhaps even more important is to discover a type of character to be seen on-screen. I am thinking of iconic characters like Charlie Chaplin’s Tramp, or Lu Xun’s Ah Q. I think we need to invent these types of archetypal characters in order to articulate the new challenges, situations, and problems that face us.” In this way, his goal of showing how people live and adequately representing the times through which he has lived is at once practical and humane, and his documentary-style filmmaking is, as he tells it, ultimately a matter of being moved by what he sees.

Jia Zhangke on Jia Zhangke is also available in a free, open access edition through the TOME initiative at https://escholarship.org/uc/item/02x9977w.