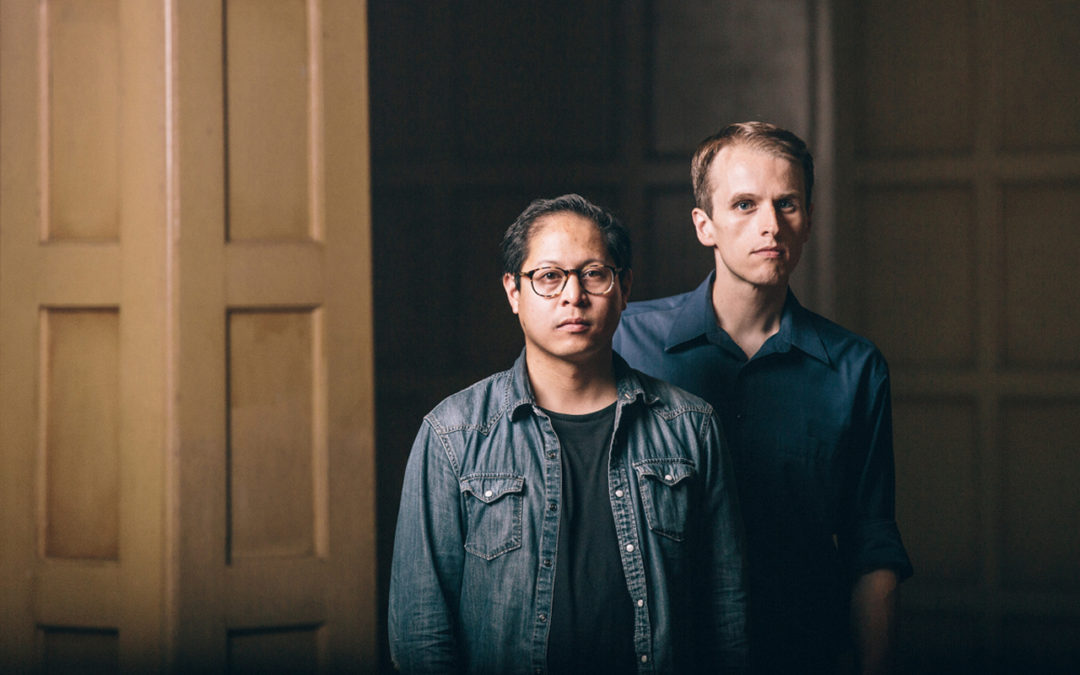 So says jazz drummer Christopher Icasiano, member of the jazz duo Bad Luck and founder of Table & Chairs, a record label that also serves as a local arts organization.

Icasiano’s passion for music also began young. “I grew up in a house that regularly had bands like Earth, Wind, and Fire; The Beatles’ Crosby, Stills, and Nash; and Chicago playing on the stereo,” he said. “As a child of the ’90s, my first musical interests were deeply rooted in R&B, hip-hop, and grunge—my favorite groups being Boyz II Men, Lauryn Hill, TLC, Jodeci, Stone Temple Pilots, and many more.”

Despite these broad influences, Icasiano’s interests drifted toward jazz. “I had also started taking drum lessons around that time and was learning how to play jazz,” he said. “I remember a moment when I first heard a piano trio, and without really knowing what was happening in the music, I fell in love with the sound.”

The sound of jazz was ephemeral but also provided concrete associations. “To me, it conjured up romantic ideas about living in a big city, being up late at clubs, working as a musician,” Icasiano said. “While those ideas were all still very abstract, part of me knew that it was ultimately what I wanted to do in my life.”

Icasiano’s teenage years at school were formative. “Around the age of 10, I began the long journey of discovering all the jazz musicians that I still love today,” he said. “First, Miles Davis’ ‘Kind of Blue’ and John Coltrane’s ‘Blue Train.’ Then Keith Jarrett’s ‘Standards’ in Norway and Tokyo ’96 and Brad Mehldau’s ‘Art of the Trio’ records.”

While some budding musicians found school a distraction, Icasiano found his first musical home there. “As a high school student, my band director would regularly give me tons of records to listen to,” he said. “Sometimes I’d go over to his house and he’d send me home with huge boxes full of CDs. From those I discovered my favorite drummers: Jack DeJohnette, Brian Blade, Tony Williams, Max Roach.”

After high school, Icasiano continued his training at the University of Washington. “Luckily for me, the musicians at the UW were really stellar and I was often put into positions where I had to do a lot of fast learning, sometimes while in the middle of playing a song!”

Icasiano quicky became aware of his deficits as a drummer. “The biggest challenge I faced in my training was learning technique,” he said. “Up until that point, I had never really worked on proper percussion technique. I played a lot, I had a sound that I liked, and I didn’t really take the time to learn technique and how it could ultimately improve my playing.”

But he rose to the challenge with the help of his instructors. “John Bishop, my teacher at the time, recognized this and basically had me working with a practice pad for long periods of time.”

It was also at UW where Icasiano met saxophonist Neil Welch, with whom he formed the duo Bad Luck in 2007. “I really looked up to him as a musician and was ecstatic when he asked me to play in his band for a gig at Tula’s in Belltown,” Icasiano said. “I practiced my ass off and even saved up to buy a new drum set so that I’d be sufficiently prepared for that show.”

The partnership worked. “After that, we played together in a number of different settings—in school ensembles, at gigs, in friends’ bands, etc.,” Icasiano said. “By now, we’ve literally played thousands of gigs together.”

Icasiano and Welch’s development as musicians progressed together. “We would arrange jazz standards in really complicated ways,” Icasiano said. “Around the same time, we started getting into more experimental jazz and free-improvisation.”

The pair continued to challenge themselves. “As a band we started incorporating an electronic element into our compositions in order to give us another sonic palette to work with,” Icasiano said. “We would write specifically for each other and with the electronics in mind, which is partly why the music is so uniquely our own and has developed a sound like nothing I had yet heard.”

To further explore improvisation, Icasiano and Welch launched the Racer Sessions, a performance series and free-improvisational jam session on Sundays at Café Racer in the University District. “We have a close relationship with the folks at Café Racer, and our friend Drew Keriakedes, who was booking at the time, gave us Sunday nights to do whatever we wanted,” Icasiano said.

Out of these sessions, Icasiano’s record label Table & Chairs was formed. “There was a really amazing community that was growing around the Racer Sessions,” he explained. “New bands were being formed. Everyone was recording their music. There was an electricity during that time period which, I think inspired a lot of creativity. So, we decided to organize a bit further and build a platform for releasing our music and for the community.”

Since its inception, Table & Chairs has morphed into a broader service organization for musicians. “Table & Chairs functions mostly as an arts organization that focuses on musical performance and education,” Icasiano said. “We curate the weekly Racer Sessions. We curate the Second Wednesday series at Vermillion Gallery. We put on many other events throughout the year, including a big showcase at The Ballard Jazz Festival each year.”

Since October 2015, Table & Chairs has also acted as an educational organization. Improvisation is for Everyone! is a free workshop held on the third Sunday of each month where musicians can learn the fundamental skills of instrumental improvisation.

And beginning in September, Table & Chairs will revamp its Masterclass Series at Cornish College of the Arts as part of the “Cornish Presents” events. “This will be an open forum for performance and conversation,” Icasiano said. “We will be having local groups talk about their musical process and trajectory as a band, and they can talk firsthand about the challenges of starting and maintaining a band.”

This is all part of Icasiano’s mission to help aspiring young musicians, for whom he has some basic advice: “Be empathetic. Listen. Don’t be an asshole. Give more than you take. Commit to your craft. Find your community. Challenge yourself, whether it’s in your music or in your career,” he said. But most of all, he emphasized, “Be patient.”

He continues practicing his own advice as he looks toward the future for his jazz duo. “My upcoming plans are to push Bad Luck as far as it can possibly go,” he said. “We have a new record that we recorded with producer Randall Dunn and will hopefully be releasing it in early 2017.”

But his goals are larger than just one record. “I look forward to putting together really diverse shows and challenge audiences,” he said. “I want to continue fighting against the systemic racism and sexism that exists in the music industry.”

Icasiano has already taken steps toward that goal. “We have adjusted our process for curating the Racer Sessions in order to combat the inequity,” he said. “Part of the function of the educational programs is also to provide an opportunity to actively reach a more diverse audience.”

At heart, each of Icasiano’s goals is centered on striving for excellence. “I look forward to being a better musician, and partner, and friend, and activist.”

Chris Icasiano plays as a duo in his group with sax player Neil Welch called Bad Luck. They open for the group Conference Call as part of the Earshot Jazz Festival on Sunday, October 23 at 8:00 p.m. at Seattle Art Museum downtown in the Plestcheeff Auditorium. For tickets call 206-547-6763 or go to www.earshot.org