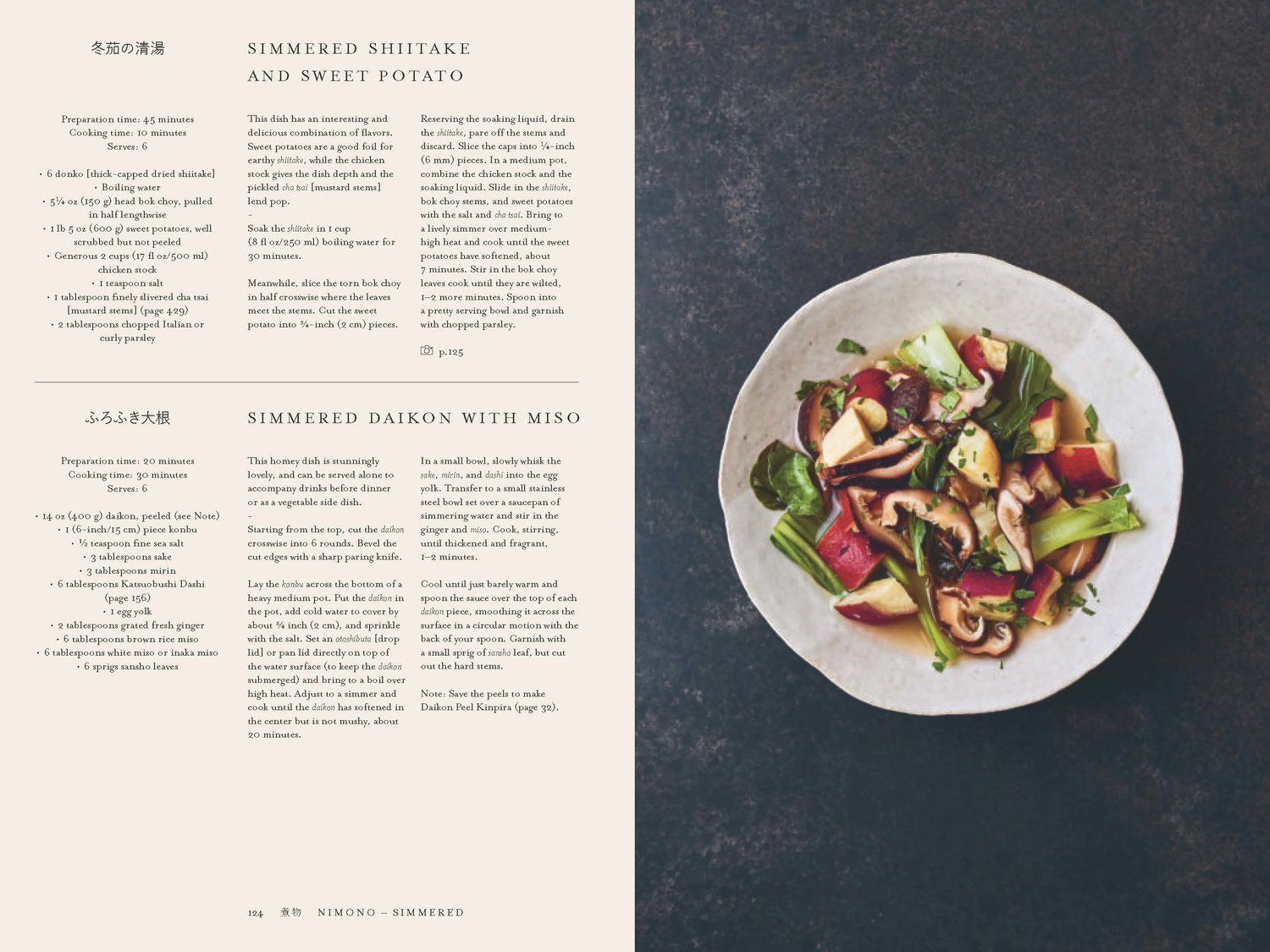 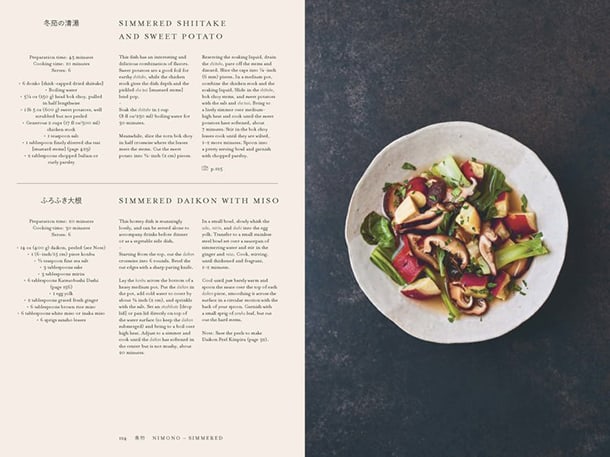 Nancy Singleton Hachisu, a native Californian, went to Japan 30 years ago to spend a year abroad. She ended up meeting Tadaaki, an organic farmer in Saitama Prefecture, marrying him, and raising three sons, and has been there ever since, absorbing Japanese culture and exploring the food of this island nation.

In her third book, JAPAN, The Cookbook, she gives us a look into regional home cooking, seeking out material in Japan from chefs, local grandmothers and small producers of artisanal foods. She decided to focus on recipes of Harumi Kawaguchi, a Zen nun who is well versed in temple cooking. Her other inspiration came from Taeko Watanabe, from Iwate prefecture in northeastern Japan, an octogenarian who was enthusiastic to share recipes with Hachisu during the three-year period doing research for this latest cookbook.

Hachisu devotes special attention to recipes from the 1970’s and 1980’s when Kawaguchi and Watanabe honed their Japanese cooking skills and techniques. From the kitchens of Buddhist temples to cooking for extended families’ members in the home, these were the recipes for making traditional and celebratory foods that would be passed along through the generations.

Ingredients available during this time period were simple, pure and basic, all broths, dressings and sauces were made from scratch. It was slow cooking when it was not a trend.

Cooking today is radically different as an accelerated pace of life has changed life in Japan. Today, 60 percent of people in Japan prefer to use powered bonito soup stock than to boil their own Katsuo bushi and konbu (bonito flakes and kelp). Rice and tea consumption have declined as western and prepared foods are so commonly found in Japan today. Beer and wine are now preferred by younger Japanese consumers over sake.

Hachisu uses part of the Japanese alphabet as a mnemonic: Sa shi su se so, in describing the essential ingredients that are used to flavor Japanese foods. Sa for sato, as in adding sweetness with sugar or mirin. Shi stands for shio or salt. Su is the word for vinegar. Se refers to soy sauce, the archaic reading of shoyu. So means miso. Other important secondary seasoning ingredients that are featured throughout the book include sesame seeds in its various forms, (oil, and freshly ground sesame paste using a mortar and pestle), umeboshi, (the pickled plum) and a variety of seaweed and dried fish.

The recipes in the book are organized by cooking techniques from vinegared, steamed, fried, grilled to making one-pot dishes called “nabe”. The common thread is the notion to use good local ingredients whenever possible and to try to source the best seasonings one can find. In the back is a glossary of terms and names of foods used in Japanese cooking. It often includes information about where you can purchase or the name of the small producer you can buy good-quality ingredients directly from such as better grade soy sauce and vinegars. Hachisu explains, “Well-made ingredients will be excellent teachers in and of themselves.”

Hachisu is an outsider, translating Japanese traditions from the inside. She has become a champion and ambassador (in Japan and abroad) in promoting artisanal producers in remote parts of Japan, buying from local producers and preserving farm food life. Her audience is not only Japanese food fans living abroad but also she hopes to inspire the Japanese to cook for themselves rather than buying processed foods and to celebrate the traditional Japanese diet. She promotes a mindfulness in flavoring of food. “Use a lighter touch with the seasoning, less is more with Japanese cooking,” Hachisu writes.