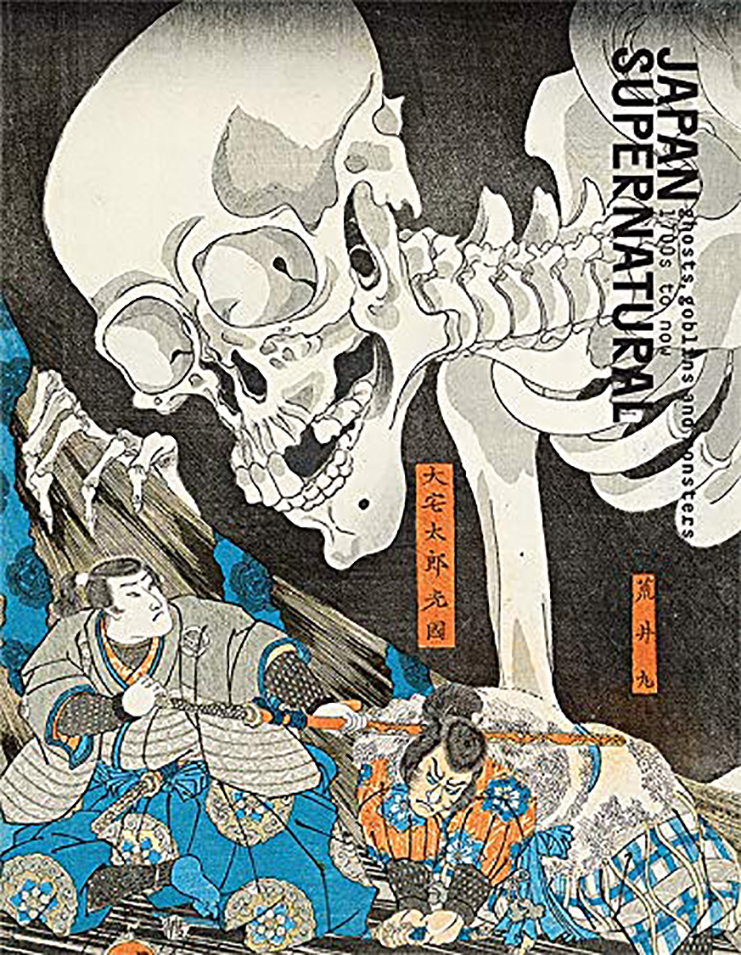 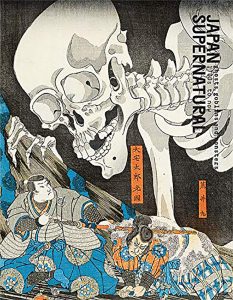 Last year at the Art Gallery of New South Wales in Sydney, Australia organized a unique exhibition chronicling the evolution of supernatural imagery in Japanese art. The result of cooperation between galleries around the world, this show brought to life the monsters, goblins, and ghosts of Japanese folklore, tracing their development within the shifting cultural and political climate of the Edo period through to the present day.

Japan Supernatural: Ghost, Goblins, and Monsters, 1700 to Now is the companion volume to this novel exhibition, offering an opportunity for audiences everywhere to enjoy these unusual works while learning about their oft-overlooked significance within Japanese culture. Thanks to several essays contributed by leading scholars and curators, readers will unravel the history of Japan’s “monster culture” as they delve into discussions about anthropomorphized objects, modern-day ghosts, and more. The book includes reproductions of well-known pieces by Edo period masters as well as works from contemporary painters, photographers and sculptors who are exploring new ways to make their otherworldly subjects relevant for today’s audiences.

In editor Melanie Eastburn’s opening essay, she writes that Japanese artists have endeavored for centuries to make tangible the invisible world of the supernatural. With a spiritual heritage founded on animism—the belief that all objects and phenomena possess a soul—the Japanese developed a keen sensitivity toward things unseen, creating stories and legends that included all manner of monsters and spirits. A scroll painted in the late 1700s by Toriyama Sekien titled Night procession of the hundred demons depicts many such fantastic creatures, also known as yōkai, including a beautiful woman with a serpentine neck known as a rokurokubi and a kappa, the popular frog-like imp said to await its prey in murky waters.

As superstition waned beneath the scrutiny of scientific thought during the 19th century, belief in these creatures dwindled, and they instead became a source of entertainment, becoming “stock characters” in an array of books, plays, games, and images. Although their popularity has risen and fallen through the years, the influence of these bizarre personalities can be seen today in global franchises like Pokémon and Harry Potter, thanks in part to the work of manga artist Mizuki Shigeru and his long-running series GeGeGe no Kitarō, which pushed yōkai to the forefront of popular culture in the 1960s.

In addition to telling the history of supernatural-themed art, the essays of Japan Supernatural provide a varied discussion of several related topics. Among them are a review of the ways this art has served as political commentary, an examination of the links between classical poetry and anthropomorphized objects and animals, and a conversation with Takashi Murakami, a contemporary artist working in the yōkai genre. Written independently, these essays occasionally retread the same ground, but taken as a whole they offer astute insights into a compelling subject. I particularly enjoyed Michael Dylan Foster’s essay concerning the origins of the present “yōkai boom,” as well as Zach Davisson’s discussion about the persistence of ghosts in Japanese daily life, as observed in such diverse cases as real estate development and government ceremonies.

Engaging as these essays are, the main attraction of Japan Supernatural is the art itself. With over 150 pages of images reproduced from paintings, wood block prints, sculptures and more, the volume presents a comprehensive review of three centuries of artistic exploration. Free to envision fantastic events and impossible beings, artists stretched their creative limits in highly original compositions such as a wedding procession of magical foxes or an enormous skeleton looming over a startled samurai. Leading Edo and Meiji period artists like Hokusai and Tsukioka Yoshitoshi are represented as are today’s young creators such as photographer Miwa Yanagi and nihonga painter Fuyuko Matsui.

Author and physicist Terada Torahiko once wrote, “Of the numerous inventions and creations produced by humanity’s cultural progress, I would say that ‘monsters’ are the true masterpiece.” Why is it that these imaginary creatures hold such fascination for us? Is it their capacity to add richness to our commonplace lives? Is it because they are a representation of the unknowable? Or are they a vivid link with the vanished culture and traditions of our past? Whatever the reason, Japan Supernatural makes a case for their continued admiration and study.