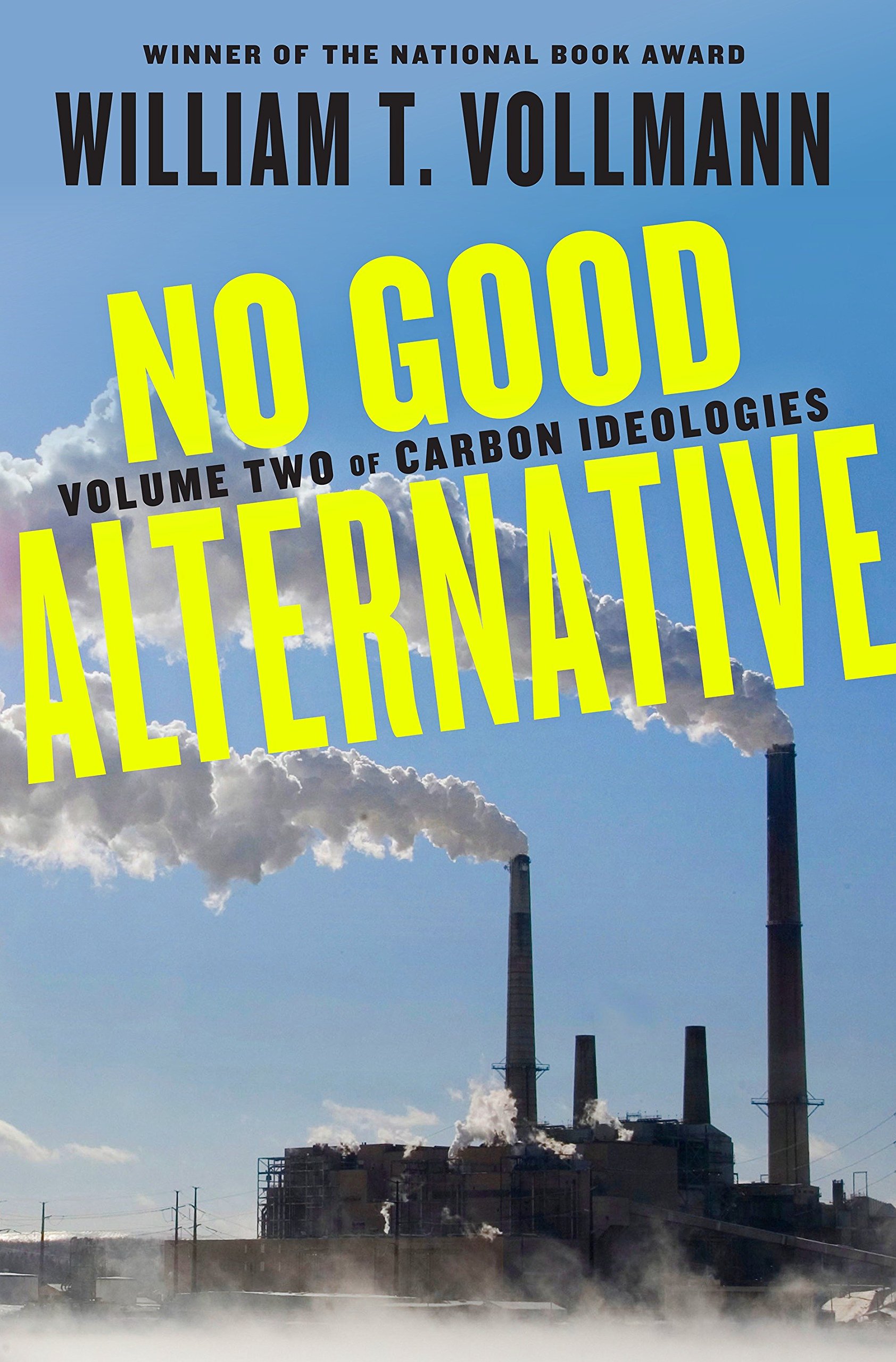 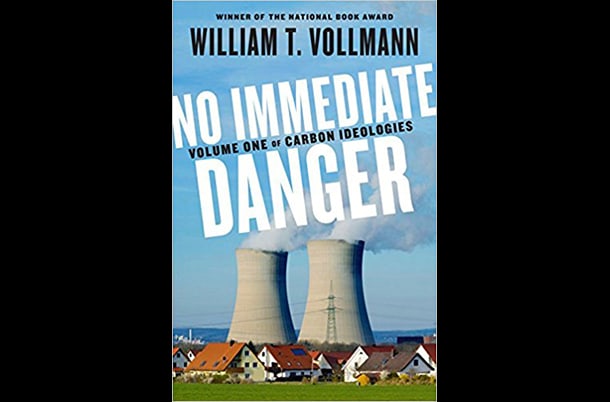 The 2011 tsunami and earthquake that hit northern Kyushu in Japan left massive destruction that was both natural and human-created. The images of modern cities and villages completely destroyed, mass death, and then a nuclear meltdown left the world media with plenty of 24-hour news coverage for a number of weeks.

Seven years later, the survivors of the tsunami, earthquake and nuclear fallout continue to come to grips with the human and environmental damages. Richard Lloyd Parry’s 2017 book Ghosts of the Tsunami profiles how individuals who survived yet suffered the loss of children from the tsunami have coped with their loss over a multiple-year period.

Parry’s focus on the strictly human suffering and response to the tsunami itself is well-complemented by William T. Vollmann’s No Immediate Danger: Volume One of Carbon Ideologies. Vollmann, a National Book Award winner, dedicates about half of his book to the often-times invisible, less acknowledged, yet long-term deadly effects of radiation and Japanese reactions to this danger and damage.

While the two books tackle different aspects of the 2011 disaster, they both provide profound insights into both Japanese society and universal themes regarding the human response to and preparation for major disasters and tragedies.

Parry, the Tokyo bureau chief for The Times (London), spends a significant part of the book examining how a traditionally passive Japanese legal system provided significant monetary compensation for survivors of young victims from Okawa Elementary School. The surviving families demanded justice for a very poor response by school officials to warnings that the tsunami was imminent. This led to dozens of deaths at the public school, located on low-lying ground in the path of the tsunami. Surviving family members of the Okawa Elementary School tragedy overcame resistance within their own communities to taking legal action against the negligent local government.

Parry notes in the book how “in Japanese justice, nothing happens quickly.” He argues that “if a comparable tragedy [of negligent school actions in the face of an approaching disaster] had happened in Europe or the United States – scores of children dead, piercing questions about the competence of the authorities – there would have been lawyers swarming over it from the beginning.

But in Japan there was an instinctive aversion to taking legal action, and a sense that those who did so were themselves breaking some profound unwritten rule.” The parents of the Okawa children were the exception rather than the rule.

Parry argues that Japanese culture has a “democratic deficit” given that people often passively accept their government’s actions. Parry calls these low expectations of the democratic system, of which independent courts are included, “corrosive.” He sharply points out, however, that “low expectations [of democracy] were an asset, a spur to resilience and self-reliance.”

He documents how many survivors who lost homes spent months in a gym serving as temporary shelter but amazingly did not complain and adjusted quite well. Parry, who is British, states, “It was impossible not to make mental comparisons. I pictured a school gymnasium in northeast England, rather than northeast Japan, in which hundreds of people were living and sleeping literally head to toe. By this stage, they would have been murdering one another.”

When asked if the mistakes of the Japanese government in handling the tsunami and Fukushima meltdown has led to a cultural shift in Japan where more people protest and challenge the government, Parry said, “There hasn’t been a cultural shift …There were a few large demonstrations against nuclear power in 2012 (such as one I describe in the book), but by the end of that summer they had fizzled.”

In his book, Parry argues that the general passive reaction to the disaster and acceptance of difficult circumstances reflected Japanese cultural traits.

Vollmann, on the other hand, argues forcefully that the Japanese aversion to confrontation and the normalization of one’s surroundings is in fact a universally human trait.

The second half of Vollmann’s book focuses on Japanese reactions to the nuclear fallout from the Fukushima nuclear meltdown. The Fukushima disaster occurred after the tsunami and earthquake of 2011 due to failures of cooling and electrical systems. Vollmann notes that “as so often in human endeavor, [existing] safeguards were inadequate.”

Vollmann’s book shows how the response to the nuclear meltdown at Fukushima is an example of how humans can ignore and normalize health and environmental risks. In the months and years following the nuclear disaster, Vollmann asked the same set of questions to many different people in inhabited areas nearest to the Fukushima plants. “How dangerous is the radiation?” “How relevant is the nuclear accident to you?” “Do you think it will be contaminated [in the areas near Fukushima]?” Responses to these questions almost universally showed a lack of concern or indifference.

“It is human nature to normalize conditions,” Vollmann said. He said that humans, like any organism, are “very adaptive” and live by the phrase “what does not kill us makes us stronger.” In the same interview, Vollmann said that once the initial shock of the 2011 tragedy faded and the news stopped focusing on it, people said “let’s get on with our lives. The mantra was ‘no immediate danger’. It was like a joke to me.”

He said, “People think, ‘well, I might be killed in a car crash tomorrow,’ so they don’t deal with long-term health risks,” like the effects of radiation.

Indifference to and acceptance of long-term health and environmental risks is not just a Japanese cultural tendency, Vollmann said, pointing to the denial of climate change or environmental damage from carbon dioxide in the United States. Just like people in Japan who do not feel any different because of nuclear contamination, climate change-denying Americans can plausibly deny the phenomenon because carbon dioxide is odorless and colorless.

“Over weeks, months and even years people may not notice a significant difference from carbon dioxide pollution. People cannot predict the weather day to day. Snow storms may still happen, making people question the warming of the planet,” said Vollmann.

Neither Parry nor Vollmann are wrong in their interpretations. The Japanese aversion to conflict is no doubt real, as Parry shows, yet Vollmann demonstrates that any human is capable of accepting existing systems for the sake of short-term comfort.

In Vollmann’s second volume of Carbon Ideologies entitled No Good Alternative, he goes to places as far-flung as Mexico, West Virginia, and Bangladesh to expose the universal human aversion to challenging existing systems despite impending environmental catastrophe.

It may be that the difference between a Japanese aversion to conflict and an American one is that Americans may talk about the evils of carbon pollution and vote for Democrats while still flying regularly, eating meat and driving a gas cas. The Japanese might fly, eat meat, and drive, too, but without making as much noise about saving the environment at the same time.

At the end of the day, the actions both show that the Japanese and American are equally passive in terms of changing existing habits even if outwardly the Japanese look more so.

At the same time, however, Vollmann and Parry both show the human capacity for perseverance and adaptation. In some situations, adaptation is admirable as Parry’s discussion about the overcrowded gymnasium shows. While Vollmann is more critical of the tendency to adapt and accept, Vollmann’s descriptions of people reclaiming their land after the nuclear meltdown and not showing fear is an example of resolve and trudging forward.

If we did confront climate change and environmental catastrophes all at once rather than adapting to them, would we be living in a state of anarchy? Or, if we did confront environmental and health-related injustices, could we as humans ultimately create an orderly world that simultaneously upends existing systems that are, for so many, comfortable?