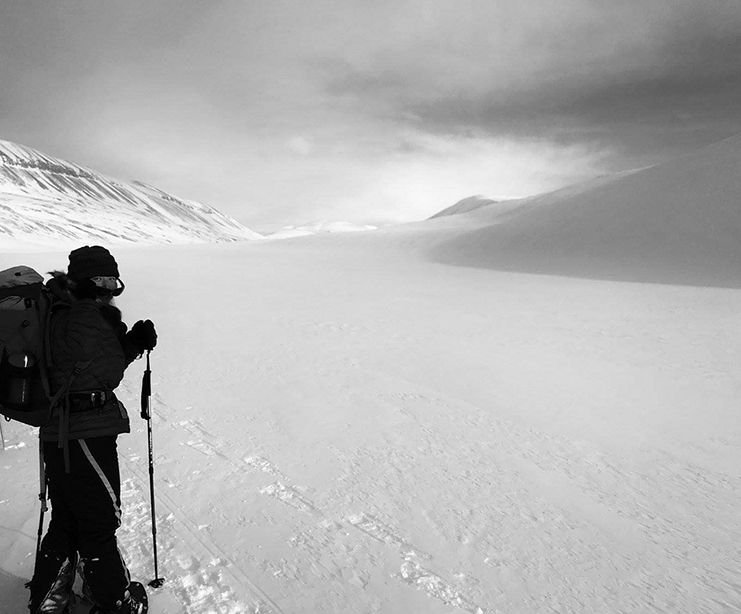 Jane C. Hu is a local writer and journalist who is enamored with mysteries, nature and the study of inequity, and, in addition to teaching health journalism at CUNY Newmark School of Journalism and Science writing at the University of Washington, she has seen her writing published widely in Slate, National Geographic, Smithsonian and numerous other outlets.

Hu’s love of the written word began at the earliest of ages. “There’s a story my mom loves to tell about me as a kid: one day, when she was picking me up from preschool, a teacher took her aside and asked her if she knew I could read,” Hu reported. “Apparently, I’d gotten a hold of a letter the teachers wrote to parents and read it aloud to my friends.”

First, she began with reading. “My happy place was the grocery store, where my parents would let me choose a book, usually one of Babysitters Club series installments, and sit in the cart and read as they shopped,” she recounted. “That love of reading grew into a love of writing.”

All genres of writing called to Hu. “I journaled religiously, and loved writing short stories, poems, essays and memoirs,” she said. “After reading Harriet the Spy, I even kept a spy notebook.”

Over the intervening decades, Hu has written dozens of pieces, but a few stand out in her memory. “My first feature, for Slate, was an investigation into the legacy of ape language studies, with ‘celebrity’ apes like Koko the gorilla and Kanzi the bonobo,” she described. “Among my research colleagues, it was more or less common knowledge that those studies were not particularly well-regarded, and rumors of animal mistreatment, and I realized most people outside the field had no clue that research was at all controversial.”

The topic continues to be compelling for Hu. “I’m actually working on a longer project related to captive apes now, and this piece is what kicked it off,” she said. “It’s been particularly rewarding to see folks referencing and citing the piece over the years.”

Another top writing accomplishment was also science-based. “I loved reporting this feature for WIRED about an all-women trek to the North Pole, and how data from the trip could help scientists understand women’s physiological response to extreme environments,” she recalled. Data collected on these kinds of expeditions can inform how we prepare astronauts for space, but most of that data has looked only at men.”

She flew to Longyearbyen, on the archipelago of Svalbard, a Norwegian territory. “It was a real treat to get to know the team,” Hu said, “and while I didn’t follow them all the way to the pole, I did get to go on my own adventures in the Svalbard wilderness, which included waking up in the middle of the night to take a shift to guard our camp against polar bears, accidentally flipping a snowmobile on a slippery corner, and mushing a sled dog team to an ice cave.”

Her latest big project has been an investigative feature story for High Country News. “I traced how political pressure from far-right groups forced public health officials to resign or to be fired. Often, people dismiss misinformation on the internet as a problem confined to the digital world, but in the course of reporting this, I saw how that misinformation could have a very real effect in the world: it led people to harass public health officials in their communities (and their families) during an already-difficult time.”

Hu’s combination of writing and science developed out of her circuitous educational path. “I’ve always loved writing, but I didn’t understand how anyone made a living at it,” she said. “I gravitated towards literature courses, but I felt like I should study something more practical.”

While attending a math and science magnet middle and high school, she grew interested in psychology. “I majored in psych in college, and began working in research labs for course credit,” she recalled. “That led me to apply to graduate school, where I studied developmental psychology at UC Berkeley. During graduate school, I learned that science journalism was a profession and began to pivot towards that path.”

But getting started wasn’t easy. “I wrote as much as I could for campus publications, and I also had the opportunity to test the journalistic waters through the American Association for the Advancement of Science (AAAS)’s Mass Media Fellowship, which places science graduate students in newsrooms across the country for ten week stints over the summer,” she said. “Community was so important to me in making that transition; there were many kind writers and editors who went out of their way to be welcoming and encouraging as I wrote my first few pieces, and who offered up guidance, advice, and connections to other colleagues as I was cold pitching publications to build my portfolio.”

Going to graduate school helped Hu see that, while an article might be finished and published, her work will actually never be finished. “Science is always a work-in-progress,” she said. “Scientists are striving to learn things about the world, but getting definitive answers to scientific questions can be complicated and fraught. My goal as a science journalist is to always illuminate the human element of science: the people who are doing the work, and the flaws inherent in it because we humans are imperfect.”

But, Hu says, the platforms for sharing scientific discoveries are always available.  “Many newspapers and magazines, especially smaller local outlets, might not have dedicated science reporters, or their science desk is small, so reporters have to cover a huge range of issues,” she said. “In the last few years, between COVID and climate change, we’ve seen how indispensable quality reporting on these issues is to keeping the public informed, and yet, many publications are shuttering or reducing operations.”

What’s Hu’s answer to these challenges? “I’d encourage folks to subscribe to publications they enjoy reading,” she said, “especially smaller, independent ones, to keep them in business!”