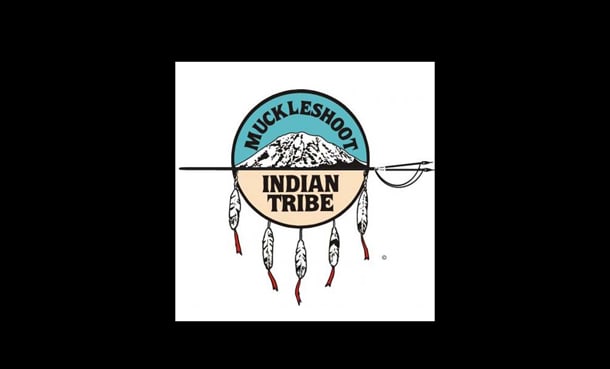 The Japanese American Citizen’s League (JACL) and the Muckleshoot Indian Tribe presented a community workshop to recognize the history, culture, and legacy of the Muckleshoot Tribe.

The workshop, held on Saturday, November 21 at ACRS, brought attention to the valuable relationships that Muckleshoot Indians have developed with Japanese Americans. Speaker Gilbert “Hoagie” King George, a leader, innovator, and lifelong resident of the Muckleshoot Indian Reservation, stated that many Japanese Americans he knew “treated me as a son, some were willing to claim me for life, to live on their farms…. We as Muckleshoots share a dark history with our Japanese American friends in the Green River Valley. Both had their land taken illegally, some of our people never recovered.”

With this in mind, Muckleshoot speakers stressed the importance of access to quality education for all children. Panelist John Daniels, Jr. emphasized the need to continue implementing strategies to close the education gap for communities of color. A substantial proportion of casino proceeds is reinvested into healthcare, education programs, scholarships, and the Muckleshoot Tribal College, a progressive institution that offers degrees from GEDs to Master’s, is affordable to attend, and is open to everyone.

Panelist Willard Bill Jr., a Muckleshoot tribal member and the Cultural Program Director for the Tribe, shared his work on a youth cultural program that serves as an alternative to summer school. As part of the program, young Muckleshoots learn skills including carving canoe paddles and making drums. These experiences engage students and provide them with a more holistic, culturally meaningful education.

Panelist Valerie Segrest, Muckleshoot Food Sovereignty Project Coordinator and Traditional Foods and Medicines Program Manager, also spoke at the workshop. Segrest is a native nutrition educator who highlights the importance of Food Sovereignty for the Muckleshoot Tribe. Food Sovereignty is the right of a community to define its own diet, access foods that are culturally meaningful, and shape its own food system. Segrest stresses sustainable balance in food production and consumption. The Muckleshoot Tribe is working hard to return agency to people who want to eat a traditional diet of seasonally available, locally produced food.

Since we all have an impact on our local ecosystem, taking care of our shared environment requires collaboration, Segrest said. She suggests that one way in which API community members can support the Tribe is by purchasing only locally caught, non-GMO salmon. Most salmon in supermarkets is not fished in a manner that will sustain the salmon population over time, and as Pacific Northwest salmon runs continue to become dangerously depleted, community members should be mindful where they are shopping and what for. Safeway sells non-GMO salmon, but be sure to ask if the salmon you are buying is locally caught.

To learn more about how you or your organization can support the Muckleshoot Indian Tribe and its efforts, contact the Tribe at (253) 939-3311.

Lexi Potter contributed to this column.