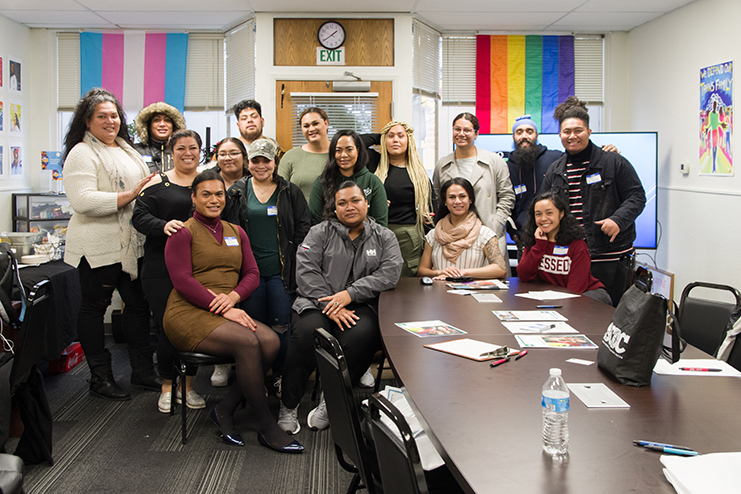 In late December of 2019, the United Territories of Pacific Islanders Alliance of Seattle (U.T.O.P.I.A. Seattle) hosted a census workshop. UTOPIA Seattle partnered with a representative from the U.S. Census Bureau to train and educate its Pasifika Island community members on the importance of the census taking place this year 2020. This workshop was attended by a mixture of diverse individuals ranging from cis women and men as well as transgender women of Samoan descent who identify as Fa’afafine, which is a cultural gender identity native to Samoa translated as “in the manner of a woman.”

In this workshop, community members had the chance to review the 2020 census questionnaire form and strategize how community members will respond to it. On the questionnaire, there were three key points that were heavily discussed. First, was the issue of the gender question. Second, the status of citizenship and lastly, the safety and security of the information being reported to the census bureau.

When it became known that the only options to respond were limited to male and female, commotions ensued. Trans Pacific Islanders felt a sense of unfairness with the census and began asking questions such as, but not limited to: What if someone identifies as non-binary and does not identify as male or female? Why should I care to respond to the census if I am not included? Are we required to answer these questions? All of which were valid concerns.

Initially when I began my civic engagement work on census education, these were all the same questions I had from my perspective as a Fa’afafine and a Transwoman of color. I too was discouraged and began to think to myself that this is one more system that will oppress the identities of queer, non-binary, and transgender men and women. However, given the two options, it is suggested that should you have to make a choice, you should respond by marking the gender you closely identify with according to a webinar training that was recently hosted by the LGBTQ National Taskforce.

As a co-facilitator for this workshop, it was crucial that I do my research and educate myself with as much information as possible to handle situations like these. Fortunately, I was able to equip myself with everything I needed to know through multiple webinars, educational train the trainer workshops, and resources made available on the newly launched website by the LGBTQ+ coalition through the website www.queerthecensuswa.org.

While discussing the citizenship status, people were relieved to hear that there would be no question on citizenship status on the questionnaire. For many of our Pasifika Island community members, folks migrate to the United States to visit loved ones or to seek medical treatment. They do this by way of a green card or travel visa. These options could potentially allow someone to visit the United States for a minimum of six months or more. As a result, many households refrain from counting these individuals for fear of retaliation by their landlord finding out that these households may be over the capacitated allotment. By law, the Census Bureau cannot share census answers or cross reference any information with other government agencies, including welfare agencies, immigration, the police or FBI, the Internal Revenue Service, courts or the military. Under the provisions of Title 13 of the U.S. Code, census workers who break this law face up to five years in prison or $250,000 in fines or both. However, in March of 2018, an announcement was issued by the presidential administration with plans to “reinstate” questions about citizenship on the 2020 census form. This prompted criticism from groups with concerns that it might skew the results of the census by discouraging non-citizen immigrants from participating. In the end, Congress removed the citizenship question to ensure that all individuals within the United States would be accounted for.

By the end of the workshop, we concluded that although there are still systems in place that act as a barrier for our multicolored community, it is imperative that we continue to encourage everyone within our communities to be counted. Although the census may not entirely be inclusive of its residents’ gender identities all over the country, it is vital that every single individual regardless of sexual orientation, color, citizenship status, housing status, and physical ability continue to respond to the census in effort to get themselves counted.

This is because the data collected from the census could potentially impact the resources that we, as a community or individuals, rely on. For instance, public assistance benefits such as EBT or SNAP, WIC, Medicare, childcare, public education programs and services, funding for infrastructure within local communities, and representation through government to mention a few.

In addition, participating in the census count helps non-profit organizations that rely on the census’s demographic information ensure that they can help develop programs that caters to the needs of a specific community in a certain region. For instance, U.T.O.P.I.A Seattle has worked to address the barriers, challenges and experiences of Queer and Trans Pacific Islanders (QTPI or “cutie-pie”) who face pervasive racism, homophobia and transphobia in ways that impact their safety, health, sense of wellness, and their desire to build a positive future.
We are a Fa’afafine and Transgender-led, queer people of color-led, member-based organization, and our work is driven by a deeply dedicated community. U.T.O.P.I.A. Seattle provides frontline support and advocacy to people facing violence, harassment, discrimination, severely limited work opportunities, and decriminalization. The soul of our work is our connection with our community, the relationships we build and the cultural experience we share. Cultural alignment is a core principle of our work, and cultural identity plays a big role in our decision-making and organizing. Many of these programs are in place not only to assist and help the members of our communities and the individuals we serve.

Because most of these communities have been known to be undercounted and underrepresented in the past, U.T.O.P.I.A Seattle is passionately dedicated to ensuring that people who are on the LGBTQ+ spectrum are accurately counted this year for the 2020 Decennial Census.

In order to continue the work of helping and providing for our families, friends, and communities, participating in the Census 2020 count can ensure that help will always be available when needed. We do this by thinking of the old-time friend from back home who moves to the United States with the hopes of starting anew and must temporarily rely on food and housing assistance while seeking gainful employment. Think of the beloved aunt or uncle who seeks medical assistance to care for their health needs. Think of the countless immigrant grandparents/parents, that migrated to this country to grant us the opportunities that we have today through education and gainful employment. Think of constructing the community you and your family wish to live and grow up in with the funding the federal government issues through the data collected by the U.S. Census Bureau.

I implore any and all individuals who identify as LQBTQ+ to respond to the census out of consideration for the ones we hold dear, if not for ourselves.