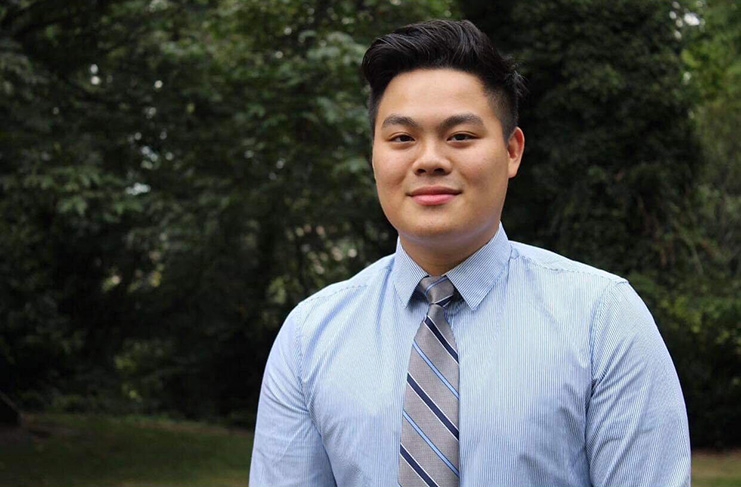 I remember sitting in a conference room, behind closed doors, with department heads, directors, deputy city administrators, and subject-matter experts, among others. I was just a high school intern for the City of Tukwila, yet I was in this room with some of the most influential figures in my city government – and not just off to the sidelines, I was at the table, taking part in the decision-making process, and using my voice to speak up because I had the privilege to be present in that space. As I take a step back from my chaotic life to reflect and contemplate how I got to where I am today, I would like to share my journey from being a no one to becoming a someone with a voice.

I took my first political science class spring of my junior year at Highline College. I learned the basic functions of government, the foundation of our democracy, and what it means to vote. I took part in a voter registration drive where I traversed campus with hopes of snagging new voters and informing the uninformed about the significance of voting. This experience was my first real taste of democracy, and I was yearning to learn more. I took an American government class where I solidified my understanding of government, but it wasn’t until I enrolled in state and local government did my journey of civic engagement begin. I went to my first city council meeting for one of my assignments. Thereafter, I joined my first campaign for Tukwila City council. Now finally at the 18-year milestone in my life, I cast my first ballot for this past Primary election.

Registering for a political science class, attending a city council meeting, joining a local campaign, and voting. What do all of these have in common? They are all examples of what it means to be civically engaged – an aspect of our democracy that does not resonate with the youth like me. “My vote doesn’t count” and “I don’t care about politics” are some of the messages I hear frequently when speaking to peers my age. The importance of voting and the historical value surrounding this essential – although precarious – pillar of our democracy never dawned upon me until I took my first political science class at Highline.

“Margin of victory,” my professor said, was always the answer in response to political apathy. Of course, margin of victory is one of the salient reasons as to why everyone must vote, however, it is not the sole reason, and quite frankly, not the most significant.

As American citizens, to vote is our duty and responsibility. To vote is to voice our beliefs, values, and concerns we hold as fellow Americans. To vote is to exercise a sacred right – one that for much of our nation’s history was denied to people of color and women. They fought long and hard, through blood, sweat, and tears to win their suffrage. However, even with the 15th and 19th Amendment and the Voting’s Right Act of 1965, our pillar is crumbling. Today, communities of color across the country still experience voter suppression and discrimination. Not to mention, not everyone in this country can vote. Non-U.S. citizens and the disenfranchised do not have the right to vote. Therefore, for those who can, vote not just for yourself, but for others who do not have that privilege.

It’s important to note that one does not need to be 18, an American citizen, or old enough to take a college course to become civically engaged. You are never too young to get involved. Find what you’re passionate about, be open to new conversations and ideas that stir your curiosity and be willing to take advantage of every opportunity to better yourself despite how challenging it may be or what others will say. Actively participate in your community; join a school club that strikes your interest, or advocate for an issue that holds dear to your heart – the possibilities to get engaged are innumerable. More importantly, never take “you’re too young” for an answer. If there’s not a seat at the table, find one. If no one will speak up for you, speak up for yourself. Whatever you do, do it not just for yourself, but for the good of those around you.