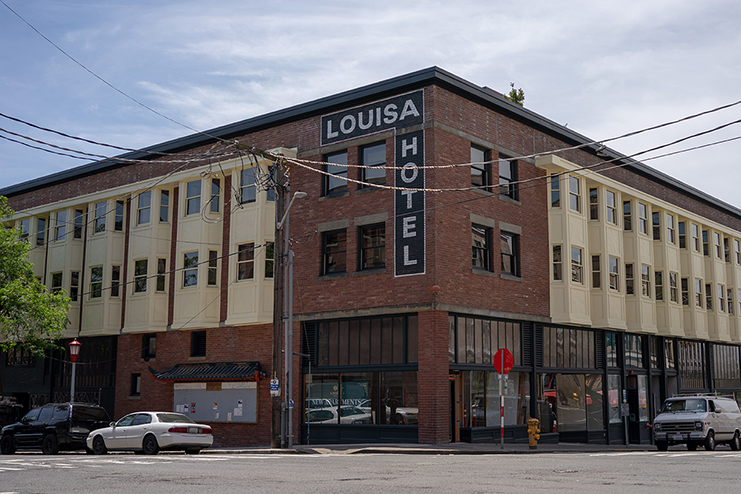 The Chinatown-International District is undergoing rapid change. Within the past year, the neighborhood saw the ground breaking of the first luxury condominium high rise, Koda Condominiums. Celebrity Iron Chef Masaharu Morimoto’s 17th restaurant, Momosan, opened in the Publix – a former single-room occupancy (SRO) hotel that served as home to immigrant Chinese, Japanese, and Filipino workers. And more development can be anticipated in the pipeline.

But who checks development and changes? How can the cultural and historic value of the district be preserved?

In 1973, the International Special Review District and Board was established to promote, preserve and perpetuate the cultural, economic, historical, and otherwise beneficial qualities of the area, particularly, the features derived from its Asian heritage. The designation and board emerged out of the community’s demonstrations and pressure against the Kingdome and I-5 construction, along with demands for additional funding of resources for CID residents.

“It was supposed to be the first line of defense against gentrification,” said Maiko Winkler-Chin, executive director of Seattle Chinatown-International District Preservation and Development Authority (SCIDpda). “It was supposed to allow the community an opportunity to hear about a project and articulate their concern outside of standard design review. And allow the community the opportunity to have a voice.”

The ISRD monitors one of Seattle’s eight historic districts. But the ISRD is unique because all projects in the neighborhood must garner a Certificate of Approval (COA) from the board to demonstrate the project’s cohesion with the neighborhood’s cultural characteristics. Without a COA, a project is stalled.

The ISRD board reviews all projects, which can be as small as changing the signage or paint colors of a building, to approving new construction’s shape and size. For example, the ISRD board approved the rehabilitation of the Louisa Hotel – a former SRO that caught on fire in 2013 – to ensure the historic building is preserved. The revitalized Louisa now provides workforce housing to many young professionals as well as commercial retail space.

The ISRD has a hand in determining the future of CID, but not very many people are participating in the process of voting for its board members, which is a process that is open to people who register to vote in the election by demonstrating that they work or live in the CID.

Both SCIDpda and InterIm Community Development Association (CDA) have posted the ISRD election notification in their buildings.

“A major challenge is that few people in the neighborhood know about the ISRD board is or that it exists,” said Derek Lum, InterIm CDA’s equitable development policy analyst. “There’s natural barriers in our neighborhood given that we have such a high percentage of people who live in apartments and people who are not English speaking or have limited English proficiency. Also, we have a neighborhood where we have a lot of working-class people and people who live below the federal poverty line, so people have bigger concerns a lot of time than this ISRD election. All these things combined makes it very difficult to convince people to register to vote in this election and to turn out to vote in the election. And we see that reflected in the people that vote, which is a very small percentage of the neighborhood.”

“Current ISRD board members have often said that equity and cultural preservation isn’t under their purview,” said Dre Say, community engagement consultant with the CID Coalition.

“The CID Coalition is registering people for the ISRD election as a way to connect more with people in the community, learn more about what they want, and imagine and learn from others what a community driven development process will look like in the International District. I know personally, for me, being a young able-bodied person, there are things that I don’t always think about that are real barriers for people to vote or even to live in their neighborhood. I really look forward to continuing to learn from our elders what are barriers for them, in terms of quality of life and equity. But also, in terms of what they hope for in the community.”

For the upcoming election, three seats are open. One seat is for Business Owner, Property Owner or Employee. Two seats are for Resident, Tenant or Community Participant.

In August, Mayor Durkan announced a mayoral appointed position to fill a vacated position, whose term will end November 30, 2020. Four candidates have applied for the position and will undergo interviews and a City Council confirmation before being appointed. However, the upcoming City budget adoption in November will delay appointment until after the ISRD election.

“There’s a lot of really big projects coming before the board,” said Winkler-Chin. “So, what is the board’s way of analyzing when a new development is being built, when it’s a quarter of the block and what should that look like, and how should we experience it on the ground floor? How are those store fronts being developed to help sustain our cultural heritage, what does that feel like? And how do you make those spaces affordable for our small businesses who are typically extremely undercapitalized. What does all that look like and how does that interplay?”

Nominations for ISRD Board members are due October 22nd. Board meetings are held on the second and fourth Tuesday of each month at 4:30 PM for one to three hours. In general, board members must commit approximately five to six hours per month to board business. The ISRD Board election will be held Tuesday, November 19th from 11:00 a.m. to 6:00 p.m. at Bush Hotel, Plaza level meeting room (409 Maynard Avenue South, entrance off Maynard Ave S. or off Hing Hay Park.) Photographic identifications (driver’s license, passport, or permanent resident card) will be required.